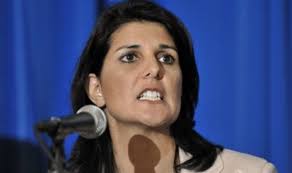 Just over a month ago, South Carolina’s Republican Speaker of the House, Bobby Harrell, was indicted on multiple criminal charges, including misconduct in office, misuse of power, using campaign donations for personal gain, and falsifying financial reports. The nine-count criminal indictment against Harrell appears to be just the tip of the iceberg. According to the Charleston Post and Courier, state and federal investigators have now widened the probe to include several other lawmakers. Authorities are looking into allegations that range from elected officials selling votes, to state lawmakers funneling money from South Carolina’s budget into their own pockets. A large part of the investigation involves a PAC which was directly connected to Harrell, known as the Palmetto Leadership Council. In relation to the ongoing investigation, Common Cause Director John Crangle, who has been at the center of exposing corruption in South Carolina’s statehouse for years, recently told the Post and Courier that he expects the government’s case to go far beyond the one against Harrell. Addicting Info, 10-12-14.