A Seattle Police press briefing about habitual drunken drivers was canceled Tuesday afternoon, apparently because of the ongoing disagreement between the Seattle city attorney and other city leaders. City Attorney Pete Holmes did not want to appear with Seattle Mayor Mike McGinn Tuesday afternoon, a city government source told KIRO 7. He also allegedly declined to appear alongside Seattle police. Holmes’ spokeswoman, Kimberly Mills, said she and the police department spokesman “planned the press conference but couldn’t get everything we needed to get done in time. It’s likely to come together at a later time.” Asked specifically if the press briefing was canceled because of Holmes, Seattle police spokesman Sgt. Sean Whitcomb said, “There were too many moving parts – we just couldn’t get it put together in the time we had.” Whitcomb did not elaborate. KIRO, 8-27-13.

Group says it has signatures for SeaTac wage initiative 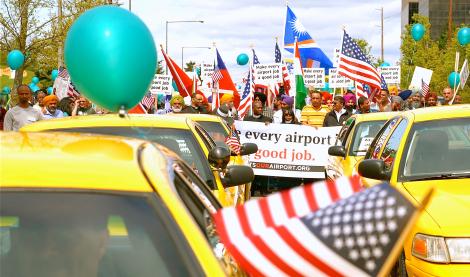 After losing a round in King County Superior Court, the organizers of an initiative to make the SeaTac minimum wage the highest in the nation are intensifying the fight to get the $15-an-hour proposal on the November ballot. On Monday, King County Superior Court Judge Andrea Darvas reversed an earlier decision by the city of SeaTac and King County Elections that there were enough signatures to qualify the initiative for the ballot. Darvas found that the petitions with 2,506 signatures were short of having enough signers because some of the signatures were duplicates. When a duplicate was found, both versions of the signature were thrown out, according to the judge’s order. The initiative ended up 17 signatures short of the required 1,536 needed to put it on the November ballot, said Heather Weiner, spokeswoman for the group (Yes! For SeaTac) sponsoring what is known as the Good Jobs Initiative. Tuesday, the group submitted 250 more signatures to the city in an attempt to get it back on the November ballot, despite opposition from Alaska Airlines and the Washington Restaurant Association and smaller businesses in SeaTac. Weiner said they have asked Darvas to reconsider and also have appealed her decision to the Court of Appeals, asking for an emergency ruling. Seattle Times, 8-27-13.

Last Monday, 21-year-old barista Coulson Loptmann says he was fired from a downtown Seattle Starbucks where he’d worked for more than a year. The reason? He ate a sandwich that had been thrown away. Really. Like most cafes, the coffee giant gets rid of food that has expired; they donate what they can and toss the more perishable items. Loptmann, who says he couldn’t get enough hours to pay his bills and survives partly on his food stamps, explains, “I hadn’t eaten all day and I was on a seven-hour shift.” A coworker had just marked some breakfast sandwiches out of stock, and he figured no one would mind if he grabbed one of the plastic-wrapped sausage sandwiches out of the trash can. But Starbucks did mind. According to Loptmann, his manager sat him down a week later and told him she’d found out about the sandwich and contacted HR, “and they consider it stealing, and it’s against policy. So I’m sorry, but I have to terminate you.” She fired him on the spot. The incident comes up just as fast-food workers prepare for another strike this Thursday—and this time, they’re asking baristas to join them. Seattle’s fast-food walkouts this spring were extraordinarily successful, shutting down multiple restaurants, and this week, organizers for Good Jobs Seattle are encouraging low-wage workers in coffee shops to join the national push for a $15 an hour minimum wage. The Stranger, 8-27-13.

Connelly: It’s not about us, it’s about the city State Sen. Ed Murray, his now-husband Michael Shiosaki, and The Stranger’s editorial director Dan Savage share a laugh after Savage was issued a mariage license. The Stranger has now endorsed Mayor McGinn and is depicting Murray as an establishment dupe.

Seattle voters have two months, about 30 forums, and at least a dozen debates to bone up on the virtues and shortcomings of Mayor Mike McGinn and challenger Sen. Ed Murray, and the future they want for this city. They ought to use the time wisely, especially since a curious development has overtaken the Emerald City’s election: The Seattle political media is writing incessantly about itself. As if that wasn’t enough, narcissism is rearing its head at other news organizations. The navel-gazing and insider-feuding have reached a point of wretched excess.  Seattle P-I, 8-27-13.

Although the Legislature needed two special sessions to agree to a budget, in large part because of disagreements over how much to spend on public schools, a special legislative committee needed only about six minutes Tuesday to tell the state Supreme Court that budget is meeting a mandate to adequately fund education. With only three members in the room and the remainder connected by telephone, the Joint Select Committee on Article IX Litigation unanimously approved a report that listed four major increases in state money going to school districts over the next two years. Plaintiffs in the lawsuit — who include some parents and a coalition of community and education organizations and school districts — have until the end of September to respond to the report and point out any shortcomings they see in what the Legislature did, or didn’t do. The Supreme Court will review it and is expected to comment in December whether the Legislature is making enough progress on the mandate to adequately fund public schools. What form that might take is unclear. “We’re kind of in uncharted legal territory,” said Sen. David Frockt (D-46),  the co-chairman of the committee. Spokesman-Review, 8-27-13.

The Grocery Manufacturers Association, with a $1.75 million contribution Monday to  the No-on-Initiative 522 campaign, sends a signal. Big money spent to defeat a food labeling measure in California last year  is migrating north to fight a similar proposal, I-522, on this year’s Washington ballot. I-522 would require that foods produced entirely or partly with genetic engineering carry labels that it is genetically engineered when offered for sale to Washington consumers.  The initiative would apply to most raw agricultural products, processed foods and food stocks, seeds and seed stocks. No on 522, and the Yes on 522 campaign, are reporting as of Tuesday roughly equivalent campaign war chests: Each campaign has raised approximately $3.26 million.  But agribusiness interests opposed to the initiative have much deeper pockets. Seattle P-I, 8-27-13.

A court-enforced deadline to substantially complete construction of the Hanford vitrification plant’s Analytical Laboratory by the end of 2012 has not been met, according to the state Office of Attorney General. Three radioactive liquid waste disposal vessels in the lab have defective welds that have not been addressed, according to a state Department of Ecology report. The state Office of Attorney General sent a letter with the report to the Department of Justice this month. DOE is required to have waste in all 16 of the C Farm tanks emptied by fall 2014. Tri-City Herald, 8-26-13.

Speaker John Boehner (R-OH) vowed Monday that any increase in the debt limit would require cuts to the “mandatory side” of government spending. “Now, it’s time to deal with the mandatory side,” Boehner told the crowd at a fundraiser for Rep. Mike Simpson (R-ID) in Boise. “I’ve made it clear that we’re not going to increase the debt limit without cuts and reforms that are greater than the increase in the debt limit.” “Mandatory” government spending includes Obamacare, Medicare, Medicaid, Social Security, and government pensions, all programs that benefit senior citizens who —according to a recent poll from Democracy Corps — have begun to turn against the GOP. Apparently, the Speaker doesn’t remember that the budget was actually in a surplus just over a decade ago. That’s a memory he probably wants to block out, since he went along with George W. Bush’s agenda that helped turn that surplus into a deficit of over a trillion dollars as Bush left office. The budget deficit this year is projected to be about half the deficit President Obama inherited. National Memo, 8-27-13. A bank chairman from Missouri pleaded guilty Tuesday to lying about how he used bailout money given to banks during the 2008 economic crisis. Rather than using the federal funds to stabilize his small bank, court records say, the chairman spent about a third of the money on an oceanfront condo in Florida. Darryl Layne Woods, 48, of Columbia, Mo., could be sentenced up to a year in prison and may also have to pay a $100,000 fine. Lying to federal officials about how the money was spent is a misdemeanor crime. Court records do not say whether Woods will be charged with misusing the money, which came from the Troubled Asset Relief Program, or TARP. NBC News, 8-27-13.

Forest maintenance projects cut back due to budget clawback 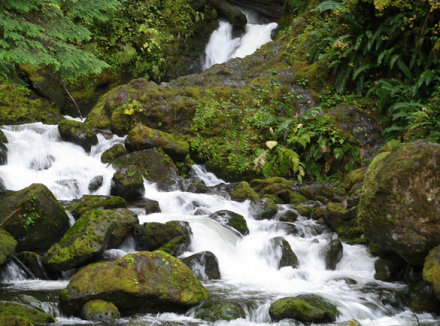 Remember the sequester? The dust is finally settling and the consequences becoming real for a program in the U.S. Forest Service that sends money to timber counties. At the beginning of sequestration, the Forest Service demanded that rural counties pay back some of the timber payments they’d already received and spent. But all of the recipients of the federal aid refused to go along with the approach to across-the-board federal budget cuts. So the Forest Service is instead taking the cut out of money still under its own control. The targeted funds pay for road and trail maintenance and conservation projects. Washington and Oregon are feeling the effects. KPLU, 8-27-13.

Tar sands drones are on their way Drone surveillance could make it even easier for energy companies to monitor anti-pipeline protests.

North American energy companies are planning to use drones to monitor their pipelines—in part to check for potential gas or oil leaks, but also to limit “third-party intrusions,” a broad range of activity that includes anything from unwanted vehicles entering restricted areas around pipelines to environmental activists. Jesse Coleman, a Washington, D.C.-based researcher for Greenpeace, points to the fact that TransCanada recently colluded with law enforcement officials to infiltrate a Tar Sands Blockade activist camp in Oklahoma to block a protest from taking place. “To think they would do that and not use drones to spy on their opposition, I think that’d be a little naïve,” Coleman says. In These Times, 8-22-13.