In Wichita, Koch influence is revered and reviled 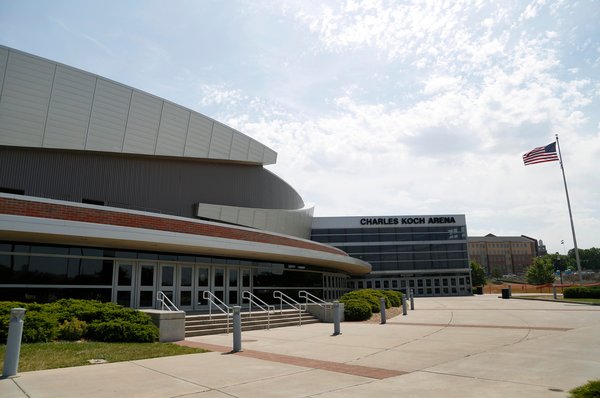 The Charles Koch Arena, home of the Wichita State Shockers, was renovated with $6 million from the Kochs.

In national politics, playing in Charles Koch’s arena can mean saturation advertising against vulnerable Democrats, calls for tax cuts, demands to roll back government regulation, and bitter clashes over climate change. Here in the windswept hometown of the Koch family and Koch Industries, playing in Charles Koch Arena means something else entirely. Welcome to Kochville, where the family name conjures up something decidedly different from the specter raised by Democrats of secretive political operations funded by tens of millions of dollars in anonymous campaign money. For many living here in Wichita along the Arkansas River, it stands instead for well-paying jobs, extensive philanthropy like the $6 million for the arena renovation, and Kansas pride in being the headquarters of Koch Industries, the nation’s second-largest privately held company, which produces oil, fertilizer, and common household items. New York Times, 6-17-14.