The Legislature Saturday overwhelmingly passed a package of incentives meant to assure Boeing builds the 777X jet in Washington state, but the Machinists who’ll vote Wednesday on their piece of the company’s take-it-or-leave-it proposal face a more personal decision. As the crucial vote loomed, politicians, union workers and industry watchers all agreed that rejection of the company’s tough terms would take both Boeing and the Machinists into risky new territory. Some Machinists assume Boeing is bluffing and would rework its contract proposal. If not, that would be a devastating blow for the union and for the state, spelling an end early in the next decade for 777 production that employs some 20,000 people at the Everett widebody plant. Seattle Times, 11-9-13.

Anguish many of us understand

What we’re hearing from the Boeing Machinists right now isn’t just the usual labor-management posturing. It’s a primal scream of the middle class. When a union boss the other day called Boeing’s offer to do the 777X jetliner work here a “piece of crap,” he was of course referring to the gory details of that contract: the canceled pension plan, the slashed benefits, the appalling 1 percent pay raise issued only every other year. But he could just as well have been anguishing for depressed workers everywhere. He summed up, in one phrase, the state of economic security for laborers far beyond the walls of our (formerly) hometown airplane-maker. Danny Westneat, Seattle Times, 11-9-13.

The race for Seattle City Council Position 2 is getting even closer as more votes are counted. Incumbent Richard Conlin’s lead over socialist Kshama Sawant has been trimmed from four to now to less than 1 point. A new bach of numbers show Conlin at 50.3 percent of the vote to Sawant’s 49.5 percent Friday night with a gap of 1,237 votes between the two candidates. Both campaigns learned that more than 5,600 votes have been declared invalid by King County Elections, according to volunteers. Both campaigns are asking supporters to double-check their vote was counted. “5,600 is way more than the differential between the two candidates,” said Stephen Price, a Sawant campaign volunteer. KING, (updated) 11-10-13.

Bruce Elliott has conceded his Kent School District board race to Maya Vengadasalam. While the final votes have not yet been tallied, Elliott is ready to admit defeat. Vengadasalam has 11,904 votes, 51.98 percent, to Elliott’s 10,949, 47.81 percent, as of the latest count from King County Elections. “It’s not going to change, I’m pretty sure of that,” Elliott said of the tally. Kent Reporter, 11-10-13.

The Seattle area’s premier homebuilders group spent big in last week’s election in Black Diamond but didn’t get much return on its investment. All four candidates backed by the Master Builders Association of King and Snohomish Counties lost big-time. The homebuilder-backed mayor, Rebecca Olness, received only 30 percent of the vote. The most successful of Olness’ three pro-growth allies running for City Council won a paltry 34 percent; the least successful didn’t quite hit 24 percent. The $9,995 spent by the Master Builders in the unsuccessful attempt to influence 2,752 voters reflects the high stakes in a battle over development. At the center of that battle are two planned communities that could bring 6,000 new homes and a million square feet of commercial space to the 4,170-resident city on the far edge of King County’s urban-growth area. Seattle Times, 11-10-13.

Candidates backed by the Democrats won all four seats in a crucial Whatcom County Council election watched by the nation. As MSNBC host Rachel Maddow put it, the elections had “global implications” because of a coal-export terminal the council may vote on, years from now. Did the Democrats sweep because they outspent the Republicans 2 to 1, or simply because they outmatched the Republicans in volunteer power? Did the coal terminal proposed for Cherry Point spur voters who wanted to see environmentalists in office? Or is the tea party’s brand passé? All of these forces were in play, according to party leaders interviewed after a bitterly fought campaign to take control of the County Council. Bellingham Herald, 11-10-13.

Harper to quit Senate, cites desire to be with family

State Sen. Nick Harper (D-38) announced his resignation Saturday, saying he was leaving office to spend more time with his family. Harper, who is in his first serving Everett and Tulalip, made the announcement shortly after the Senate adjourned its special session. The resignation is effective immediately. “My three years as Senator are an experience I will never forget. Unfortunately my work in Olympia takes me away from my family far too much,” he said in a statement. “They deserve a full-time husband and father just as the people of the 38th deserve a full-time Senator. I feel that I cannot be both at this time.” Harper, 34, is married and has two daughters. Both daughters have been born since his election in 2010. Everett Herald, 11-9-13.

Undervotes could have brought win to Spokane County ballot losers

Spokane County’s effort to raise property taxes failed Tuesday, but it could have won. John Smith could have beat Brian Dansel in Northeast Washington’s 7th Legislative District, Linda Thompson could have beaten Rod Higgins for a seat on the Spokane Valley City Council, and all three losers in the contested Liberty Lake council races could have been winners. All of this could have happened without any special tricks to get more voters in key precincts to the polls. The votes were there, the campaigns just didn’t close the deal. That’s the lesson in one of the most ignored statistics out of any election: the undervotes. Undervotes are the races on the ballot a voter leaves blank. They are the “coulda, woulda, shoulda” stats of any election. Jim Camden, Spokesman-Review, 11-10-13.

Larry and Kathryn Coyle moved from California to Snohomish, where they bought a house, in 2011. Now, the city wants them to pay nearly $20,000 in fees it failed to collect from the builder.

The city of Snohomish wants Ric Suarez to pay $6,000 for a mistake he didn’t make. The money is for fees the city failed to collect from the developer who built the house Suarez bought five years ago. The families on either side of him have it even worse: The city wants nearly $20,000 from each of them for what it says are unpaid school-impact and sewer-connection fees. After a year and a half of back-and-forth with the neighbors plus a criminal investigation into what happened, the city says it’s unable to let them off the hook. That’s despite evidence that shoddy practices in Snohomish’s building department caused the problems. Everett Herald, 11-10-13. 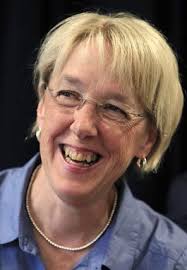 When your opponents’ legislative style bears frequent comparison to the antics of angry toddlers, perhaps what’s needed is a lead negotiator with a schoolteacher mentality and a knack for discipline. Democrats think they may have that in Sen. Patty Murray (D-WA), chairman of the Senate Budget Committee, who so famously sticks to the script that reporters are tempted to call her boring. She happens to have started her career wrangling obstreperous children—which turns out to have been excellent preparation for the details-oriented approach that Murray has adopted in politics and that she intends to bring to the high-stakes budget negotiations that began last week with Republicans and continue Wednesday. “I taught preschool,” Murray told Huffington Post in an interview in her Capitol Hill office this week. “You don’t walk into a class with 4-year-olds without a direction of where you’re going to go.” Huffington Post, 11-9-13.

Democrats want to paint GOP governors as Ken Cuccinelli. That’s hard to do

Dara Fox holds a Cuccinelli poster along a roadside prior to the campaign rally in Woodbridge.

To Democrats, Virginia Attorney General Ken Cuccinelli’s loss was a welcome omen, a prelude to a wave of voter recrimination that will send Republican governors elected during the tea party sweep of 2010 to an early retirement. “What you’re seeing there is a small window, or a harbinger for what lies ahead for Republican governors in 2014,” Vermont Gov. Peter Shumlin chairman of the Democratic Governors Association, said in an interview. Democrats will aim to retire several governors first elected in the 2010 Republican wave in states like Ohio, Florida, Michigan, and Pennsylvania. Early indications hint they will use the same tactics that helped defeat Cuccinelli — drive a wedge between Republicans and moderates, especially women, by pointing to controversial social issues. But Democratic hopes of generating a sort of reverse wave by painting  Michigan Gov. Rick Snyder (R) or Ohio Gov. John Kasich (R) with the same brush Democrats used on Cuccinelli won’t be easy. Washington Post, 11-9-13. 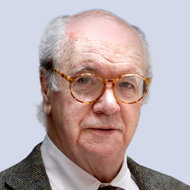 The Republicans who now control the legislatures and governorships in the Deep South are using the landmark Voting Rights Act of 1965 to create a system of political apartheid. No state demonstrates this better than Alabama, where in 2010 Republicans took over the State Senate and House for the first time since Reconstruction. This is a signal example of the decline of black power in the South. Once Alabama Republicans gained control of the levers of power, they wasted no time using the results of the 2010 Census to reinforce their position of dominance. Newly drawn lines further corralled black voters into legislative districts with large African-American majorities, a tactic political professionals call “packing and stacking.” Redrawn district lines minimize the potential of coalitions between a minority of white voters and a solid core of black voters. Under these circumstances, white Republican voting blocs remain dominant. Thomas Edsall, New York Times, 11-5-13. Google the phrase “education crisis” and you’ll be hit with a glut of articles, blog posts, and think tank reports claiming the entire American school system is facing an emergency. Much of this agitprop additionally asserts that teachers unions are the primary cause of the alleged problem. Not surprisingly, the fabulists pushing these narratives are often backed by anti-public school conservatives and anti-union plutocrats. But a little-noticed study released last week provides yet more confirmation that neither the “education crisis” meme or the “evil teachers’ union” narrative is accurate.  Before looking at that study, consider some of the ways we already know that the dominant storyline about education is, indeed, baseless propaganda. David Sirota, In These Times, 11-8-13.