The union representing police captains and lieutenants is accusing the Seattle Police Department (SPD) of a cover-up over the inept handling of last year’s May Day violence, questioning the validity of two reviews it says unfairly blame a union member while downplaying the disruptive role of an assistant chief. The Seattle Police Management Association (SPMA) is defending union member Capt. Joe Kessler, who is criticized in two police reports into the department’s May Day response for not being more engaged as the appointed incident commander and not adapting to changing circumstances. Outgoing Chief John Diaz announced he was retiring from the department a week after the release of the May Day reports. Seattle Times, 4-17-13.

Seattle’s annual May Day march for worker and immigrant rights is just one week away. In light of last year’s May Day riots, the Seattle Police Department’s lethargic response to said riots, and Wednesday’s damning Seattle Times article stating that SPD deliberately withheld a report critical of the police response to the riots, a suitably chastened cadre of SPD brass sat before the city council’s public safety meeting this afternoon to cross their hearts and swear that last year’s May Day debacle won’t be repeated. (Promise!) But first, outgoing Police Chief John Diaz and Assistant Chief Clark Kimerer, among others, had to sit through an hour of scathing questions and comments about police competency from city council members. “We had multiple warnings that [May Day 2012] was going to be really bad,” council member Tim Burgess said, and yet the department suffered from “lack of planning, lack of resources, lack of supervision, a failure to train consistently and reinforce that training… why does that keep happening?”  The Stranger, 4-17-13.

About 50 opponents of light rail showed up for a special fundraiser at the Vancouver Market Place to raise money for their lawsuit against the city of Vancouver. A judge ruled in their favor Wednesday.

Striking at the heart of a city of Vancouver argument against a citywide vote on light rail, a Cowlitz County Superior Court judge ruled Wednesday that when people sign their names to a petition, the original signature should be counted, no matter how many times they sign it again. Judge Stephen M. Warning ruled in favor of a group of 75 light-rail opponents from Vancouver who challenged a law stating that, on municipal petitions, “signatures, including the original, of any person who has signed a petition two or more times shall be stricken.” The light-rail opponents have long tried to force city government to sponsor a public vote of residents asking if city resources should be used to extend TriMet’s MAX line from Portland to Vancouver as part of the Columbia River Crossing project. The vote would be largely symbolic, as the city is not one of the official project sponsors. Vancouver Columbian, 4-17-13.

You might have heard that lawmakers are proposing to dramatically increase funding for public schools in response to a state Supreme Court order. You might not have heard that some of them plan to do it in part by cutting programs and shifting money from other parts of the schools budget. Budget maneuvering exists in each of the spending proposals, from Democratic Gov. Jay Inslee, the Republican-run Senate, and the Democrat-controlled House. But the Senate, in particular, uses shifts and cuts that make its K-12 education investment appear bigger than it really is. For all three budgets, nearly $300 million of the increase is covered by continuing the suspension of an initiative that would require automatic cost-of-living teacher raises. Initiative 732 was approved in 2000 but has been suspended for the past four years, so some legislators don’t see continuing the suspension as a cut. “Nobody expected 732 to be restored,” said Senate Education Committee Chairman Steve Litzow (R-41). Seattle Times, 4-17-13.

No legal pot before 2014, Liquor Board determines

Don’t plan to buy any legal pot before well into 2014. State-regulated growing of marijuana will start no earlier than December, more than three months later than conceived in the state’s earlier, tentative timeline. Storefront sales of the drug, originally expected to begin as soon as the end of this year, could have to wait another three months or more for the plants to grow. The new timetable approved Wednesday by the state Liquor Control Board calls for handing out licenses to producers, processors and retail sellers at the same time, Dec. 1. That’s the deadline set for the board by Initiative 502, approved by voters last November to make Washington one of two states that have legalized marijuana for recreational use. The board had originally planned to stagger the licenses. Tacoma News Tribune, 4-18-13.

Only about 1 in 10 people who need treatment for substance abuse in Washington state are getting that help, but officials believe that could increase dramatically next January when tens of thousands more become eligible for insurance because of the new federal health care law. Lack of insurance and the cost of private care get a lot of the blame for Washington residents not getting the addiction help they need. The health care overhaul and the expansion of Medicaid it calls for are expected to change that picture for an estimated 166,000 people in Washington, according to state and federal health officials. That kind of increase in demand for treatment would create a big challenge for the system, said Jane Beyer, assistant secretary for behavioral health and service integration at the state Department of Social and Health Services. Federal regulations concerning Medicaid reimbursements likely will force chemical dependency treatment centers to change their approach from big hospitals to smaller treatment centers, Beyer added. Longview Daily News, 4-16-13.

House Minority Leader Richard DeBolt stepped down from his post Wednesday because of health reasons, although he plans to serve out his term in the Washington Legislature. The exact details of his illness were not released, but DeBolt has had a long-running non-life-threatening chronic stomach problem. “Two years ago, my doctor recommended that I step down from my position as leader. I didn’t take that advice and should have,” said DeBolt (R-20) in a press release. “Sometimes people take their health for granted and feel invincible, but then they are confronted with reality. That’s where I find myself today.” DeBolt has been ill and missing from the House floor since April 10. He is the second Republican legislative leader to take a less stressful spot because of health reasons in the past two years. Crosscut, 4-17-13.

The state House voted unanimously Wednesday afternoon to approve a compromise version of a bill aimed at prohibiting businesses from asking job applicants and employees for passwords to social networking sites like Facebook. SB 5211, which has been hotly debated this legislative session, is one of dozens of efforts taking place in legislatures across the country to address an emerging issue. “We have a clear problem, but we do have a solution,” said Rep. Mike Sells (D-38), who chairs the House Labor & Workforce Development Committee. The compromise version, negotiated between business groups and civil libertarians, would protect applicants and employees from being forced to disclose log-in information, change viewer settings, “friend” their bosses, or otherwise allow employers to see their accounts. It would, however, give businesses the ability to look at employee accounts as part of a specific set of investigations, including to see if the employee gave out proprietary information. Seattle Times, 4-17-13.

The fact that alcohol dissipates from the bloodstream over time does not by itself give the police the right to draw blood without a warrant in drunken-driving investigations, the Supreme Court ruled Wednesday in Missouri vs. McNeely, 11-1425. Tyler McNeely  was pulled over for speeding on a Missouri highway and, the State Supreme Court said, exhibited “the telltale signs of intoxication — bloodshot eyes, slurred speech and the smell of alcohol on his breath.” He performed poorly on a field sobriety test and was arrested. McNeely refused to take a breath test and, after being taken to a hospital, to consent to a blood test. One was performed anyway, about 25 minutes after he was pulled over, and it showed a blood alcohol level of 0.15 percent, almost twice the legal limit. The state court suppressed the evidence, saying there had been no “exigent circumstances” that excused the failure to obtain a warrant. “Warrantless intrusions of the body are not to be undertaken lightly,” the court said in an unsigned opinion. Justice Sonia Sotomayor, in an opinion joined by Justices Antonin Scalia, Ruth Bader Ginsburg, Elena Kagan and, for the most part, Anthony M. Kennedy, affirmed the state court’s decision. Justice Sotomayor said many factors had to be considered in deciding whether a warrant was needed. New York Times, 4-17-13. 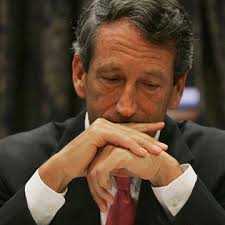 Former South Carolina Gov. Mark Sanford’s comeback try encountered severe turbulence Wednesday when the National Republican Congressional Committee withdrew its financial support less than three weeks before a special election for his former House seat. The action by the GOP’s campaign arm came one day after a damaging allegation by Sanford’s ex-wife came to light. It accused him of a pattern of trespassing at her house in violation of their 2010 divorce decree. Republicans are worried that more damaging revelations about Sanford’s personal life could emerge before the election, according to a Republican official. The official confirmed an account in Politico, which first reported the NRCC’s action and quoted a GOP operative as calling the committee’s decision to abandon Sanford “an unfortunate situation” which “happens when candidates aren’t honest and withhold information.” Los Angeles Times, 4-17-13.

Op-ed: Taking the ‘service’ out of the service sector

For decades, U.S. corporations have been told to slim down. Not to abandon corporate jets or cut CEO pay, mind you, but to produce more with fewer employees. The conventional wisdom couldn’t have been clearer: The minimum number of required workers yields the maximum level of profits, all else being equal and the creek don’t rise. During these decades, however, the United States was also shifting to a service economy — a new reality that didn’t always comport with the doctrine of “lean is good.” The minimum number of required workers — a subjective standard at best — seldom yields the maximum level of customer satisfaction (or anything close to it). JC Penney and Walmart are feeling the consequences. Harold Meyerson, Washington Post, 4-16-13. 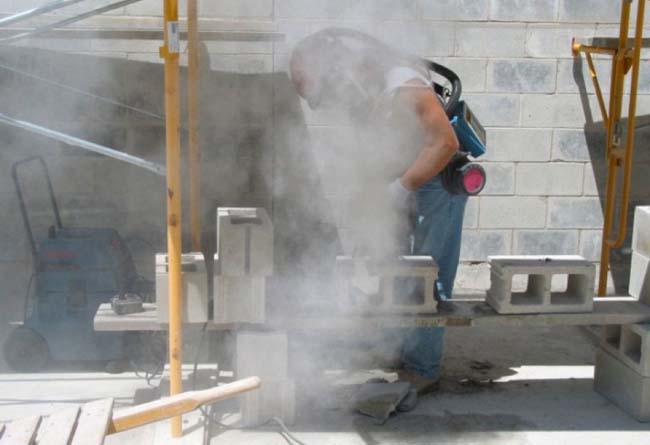 Construction workers breathe it. So do road crews, and miners, and workers in foundries, quarries, glass-making, sandblasting, and hydraulic fracturing (fracking) operations. Crystalline silica is present in sand, rock, brick, and concrete, and it’s said to make up 12 percent of the earth’s crust. But breathed in as dust, in quantity and over time, crystalline silica can cause occupational lung diseases, including silicosis, pulmonary tuberculosis, and lung cancer. Silicosis is one of the oldest known occupational diseases, and it’s irreversible. Yet it is entirely preventable. OSHA sets a “permissible exposure limit” for silica dust, using a complex formula based on the amount of quartz in air samples. But it doesn’t require employers to measure that exposure. Nor are employers required to conduct periodic medical examinations of exposed workers, inform them about the hazards of silica, use safer methods like wet cutting, install ventilation controls, or even provide workers with personal protective equipment such as dust masks or ventilators. Northwest Labor Press, 4-17-13.