Seattle Mayor Mike McGinn likely never saw it coming. While testifying against proposed coal export terminals before a Congressional committee Tuesday, McGinn found himself at the receiving end of a bizarre—and, at times, personal—attack. On the offensive was U.S. Rep. David McKinley (R-WV), who boasts taking on “anti-coal zealots” on his website. McKinley began his questioning by calling McGinn’s testimony “a good photo op” in his campaign for re-election, then accused the mayor of trying to impose his belief that climate change is caused by humans. “With all due respect, you coming here and trying to lecture us about climate change…Mayor, I would strongly suggest that you take a look at the crime rate in Seattle,” he said. McKinley didn’t allow McGinn to respond, and instead recited off several statistics related to crime in Seattle, which McGinn said were incorrect. The topic did not return to coal. KPLU, 6-18-13.

Imagine starting your workweek $1,000 in the hole. Before stepping into your office every Monday, you’re indebted to regulators, insurance companies, licensing agencies, and you’re subjected to a slew of taxes, penalties and fees. Your job provides no health insurance, no vacation, no retirement — no benefits of any kind. This is the reality for Puget Sound taxicab operators. In the last few years, working conditions for taxi drivers have plummeted. The industry has radically changed with the introduction of car-sharing and smartphone app-based services, and the city of Seattle and King County have failed to adapt. There is no reliable enforcement mechanism in place to ensure that flat-rate drivers, car-sharing services, and ride-sharing services are following the law. Tracey Thompson, Teamsters Local 117, The Stand, 6-18-13.

Steve Kasner, a long-time Bellevue community leader, has filed for Bellevue City Council position 4, held by Kevin Wallace, who is running to retain  the seat. Kasner will hold a campaign kickoff from 5:30-7:30 p.m. Sunday, June 23 at 14205 SE 36th St., in the Eastgate neighborhood in Bellevue. Kasner has chaired the Bellevue Parks and Community Services Board and has served on the West Lake Hills Citizen’s Advisory Committee, and the South Bellevue Community Center Advisory Committee. He was elected to the East Bellevue Community Council in 2006 and serves as the council chair. Kasner said he wants to represent the whole city and support safe, viable, and livable neighborhoods. Bellevue Reporter, 6-17-13.

Will an extra $320 million patch things up around Olympia?

Washington apparently has $320 million more entering its coffers than expected. That’s what the figures said Tuesday when they were unveiled by the Washington Economic and Revenue Forecast Council, a bipartisan committee of legislative and executive branch budget leaders. But what does that extra money means to the deadlocked 2013-2015 budget negotiations between the House Democrats and the 23-Republican-two-Democrat alliance that controls the Senate? That’s hard to say—other than the extra revenue will help. “It probably closes the gap a little bit,” said Rep. Ross Hunter (D-48), one of the Democrats’ budget negotiators. Crosscut, 6-19-13.

The site of the proposed Gateway Pacific Terminal

The U.S Army Corps of Engineers will not review the broader climate-change impacts of proposed coal export terminals in the Pacific Northwest, an agency official told Congress Tuesday. The much-anticipated decision is a significant victory for the supporters of three coal terminals in Washington and Oregon—including Gateway Pacific Terminal at Cherry Point—and a setback for environmentalists and state and local officials who oppose the projects. “The Corps will limit its focus on emissions to those associated with construction of the facilities,” Jennifer Moyer, acting regulatory chief for the Corps told lawmakers. “The effects of burning of coal in Asia or wherever it may be is too far to affect our action.” Opponents of Gateway Pacific Terminal, proposed for a Whatcom County site by SSA Marine of Seattle, have been insisting that environmental studies include the effects of coal transportation and burning. At maximum planned capacity, Gateway Pacific could bring 18 trains a day through the Bellingham area, including nine loaded trains and nine empty trains returning for another load. Bellingham Herald, 6-18-13. The economic benefits of expanding Washington’s coal ports are being underestimated, a Western Washington University professor’s report said. However, the study (commissioned by the Farm Bureau, so consider the source) did not provide specific estimates on costs and economic benefits. Instead, the study analyzed other reports and presented general conclusions. Crosscut, 6-18-13.

For more than two decades, transportation and economic leaders in our state have talked about connecting two incomplete highways to the Ports of Seattle and Tacoma. Now, finally, the talk is turning to action. A statewide transportation funding package will generate nearly 100,000 jobs, save time for truckers and commuters and create desperately needed capacity on I-5. The “Puget Sound Gateway” project will complete State Routes 509 and 167, upgrade the Columbia River Crossing, and knit together our two ports with congestion-relieving improvements along I-5.  The payoff is real. This investment in completing SR-509, which has been “shovel-ready” for over a decade, means over 17,000 permanent new jobs. It takes 15 percent of all trucks off I-5. It will save motorists 11 minutes or more by reducing traffic jams in the corridor — and, the list goes on. The benefits of completing SR 167 into the Port of Tacoma are just as clear and just as obvious. Tom Albro, Don Meyer, John Odland and Vince O’Halloran, Crosscut, 6-18-13. 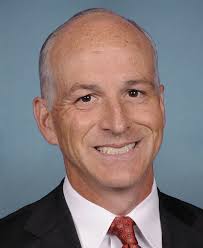 Dissent festers in states that Obama appears to have ignored 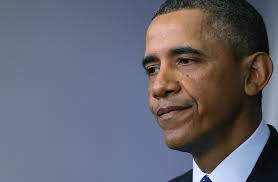 You might call North Dakota the antithesis of President Obama’s political base. Whites make up 90 percent of its population, which is fewer than one million people and mostly in rural areas. Its proportion of people 65 and over exceeds the national average. There was never a chance that North Dakota would give Mr. Obama its three electoral votes. So Obama has not given North Dakota his time. It is one of six states he has not visited as president, along with South Dakota, Arkansas, Idaho, South Carolina, and Utah. He has gone just once to Kansas, Kentucky, Mississippi, Montana, Nebraska, Tennessee, and Wyoming. The sense of disappointment some feel extends beyond inattention to staunch opponents. Mr. Obama has not, for instance, traveled as president to the overwhelmingly poor, black Mississippi Delta, either. New York Times, 6-19-13.

Status check on the GOP’s autopsy

Rep. Todd Akin (D-MO). Did his remarks drive a nail into the GOP’s coffin?

There were supposedly two takeaways from the 2012 election. First, the GOP had a difficult time polling the new American electorate, a shortcoming tied to the second takeaway, which was that the GOP was ill-prepared to win elections in the new American electorate which was more socially liberal and less white and, on both measures, getting more so. Basically all Democrats believed this, albeit somewhat self-servingly. Most independent analysts believed it because it seemed to be obvious. And a lot of Republicans seemed to believe it – especially those most focused on winning elections, which tends to mean party elites. But look where we are right now. Talking Points Memo, 6-19-13.