U.S. Rep. Jim McDermott (D-7) says so. In a letter to the FBI requesting they pull the campaign from Seattle buses, McDermott sounds off on what he says is “offensive to Muslims and ethnic minorities” and “encourages racial and religious profiling.” The ad shows 16 faces of wanted terrorists, all of whom appear to be from predominantly Muslim regions. McDermott calls foul, writing that the FBI’s Most Wanted Terrorists list includes people of other races and “associations with other religions and causes.” “But their faces are missing from this campaign,” he writes. The ad is the work of the Puget Sound Joint Terrorism Task Force, and part of the U.S. Department of State’s Rewards for Justice Program. Seattle Weekly, 6-19-13.

In a 3-0 vote, the Seattle City Council’s public-safety committee Wednesday approved the appointment of a longtime Boise, Idaho, official to serve as the next civilian director of the Seattle Police Department’s Office of Professional Accountability (OPA). The three-year appointment of Pierce Murphy, who has been Boise’s community ombudsman since 1999, now moves for consideration to the full council on Monday, which is likely to confirm him. “Boise’s loss is Seattle’s gain,” Seattle City Attorney Pete Holmes told the committee while delivering a strong endorsement of Murphy, who was appointed in April by Mayor Mike McGinn. Murphy, a onetime law-enforcement officer in Menlo Park, CA, has pledged to strengthen the independence of the OPA, which investigates complaints of police misconduct. Seattle Times, 6-19-13.

Razing the stakes at Nickelsville

Despite a September deadline to vacate Nickelsville, volunteers continue to build pathways and wooden tent stands throughout the camp.

Nickelsville was alive and growing. On a recent Wednesday, 27 teens rolled up their T-shirt sleeves in the warm sun and built raised platforms for tents. They pulled up blackberry vines and spread bark along pathways that bisect the 10-acre homeless encampment in West Seattle that is home to 125 people. The youth group, all members of the First Church of the Nazarene in Lewiston, ID, had traveled to Nickelsville for their annual mission trip. While they sought to build up Nickelsville, Seattle city leaders were on a mission to bring the tents down. How that will happen isn’t clear. The City Council pledged $500,000 from the city’s general fund to help. Now it’s on the Seattle Human Services Department to work out the logistics. Real Change, 6-19-13.

Airbus lost the long and contentious bidding to build an aerial-refueling tanker for the U.S. Air Force, but Airbus Americas chairman Allan McArtor asserts there are signs that Boeing will stumble and give its rival a renewed opportunity. “I think we’ll get another shot at it,” said McArtor in an interview at the Paris Air Show Wednesday. He also said that Airbus, which has U.S. engineering centers in Wichita, Kan., and Mobile, Ala., is likely to add two more in the next decade and will seriously consider locating one in Washington state. “We are attracted to Washington state for the same reason we were attracted to Wichita. That’s where the talent is,” he said. “If you want to have access to the talent that developed over the last 100 years of aviation, Washington is very fertile ground.” Seattle Times, 6-19-13.

Injured worker buyouts aren’t saving as much as advertised

When 10,000 rallied at the Capitol on April 8, 2011, several speakers urged opposition to lump-sum buyouts in workers’ compensation — also known as “starve and settle.”

The state Department of Labor and Industries said Wednesday that it is transferring $242 million from workers’ compensation reserve funds to cover expenses because the controversial new “structured settlements” program isn’t saving the system as much as advertised (undercutting altogether the Republican argument that this “reform” was a necessary component of a state budget). Jeff Johnson, President of the Washington State Labor Council, said the news comes as no surprise, but is still disappointing. “Organized labor argued all along that projected savings were wildly off base. Those inaccurate projections from 2011 were the biggest reason legislators legalized the lump-sum buyouts in the first place,” Johnson said. “Now some legislators want to double-down on this failing experiment by expanding the buyouts and they have a new set of ‘projected savings’ that are also grossly inflated.” The Stand, 6-19-13.

New U.S. Energy Secretary Ernest Moniz answers questions from reporters Wednesday morning at a Richland hotel before leaving on his first tour of the Hanford site as Energy Secretary. Moniz was sworn in as the 13th energy secretary May 21 after being approved 97-0 by the Senate on May 16. He has previously visited as Assistant Energy Secretary in 1998.

Energy Secretary Ernest Moniz said Wednesday he intends to have a new plan by the end of the summer for resolving technical problems with a waste treatment plant under construction at the nation’s most contaminated nuclear site. The waste treatment plant has long been considered the cornerstone of cleanup at south-central Washington’s Hanford Nuclear Reservation, which receives roughly one-third of the Energy Department’s annual budget for nuclear waste cleanup nationally. Moniz visited the site Wednesday for the first time since being confirmed by the Senate in May. He last visited Hanford in 1998 as an Energy Department employee. Associated Press (Tri-City Herald), 6-19-13.

Clark County Auditor Greg Kimsey said Wednesday he will seriously consider a run for the position of county executive if it is approved by freeholders and voters in the drafting of a new county charter. The Republican official’s words came as he stood next to Clark County Commissioner Steve Stuart, a Democrat, while the two shared their bipartisan vision for the future of government in the county. Kimsey’s announcement also marks a definitive declaration that elected Republicans in Clark County stand on opposite ends of an ideological fissure when it comes to how the county must govern moving forward. Vancouver Columbian, 6-19-13.

As Obamacare insurance exchanges near launch, labor braces for impact 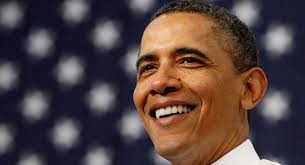 Organized labor — entirely left out of the legislation that became known as Obamacare — has spent years behind the scenes patiently pleading with the Obama Administration to be allowed to benefit from the law’s implementation. Now, four months before the law’s mandated state insurance exchanges launch, it appears that while some union members will benefit, many others may actually be harmed. The state-by-state health insurance exchanges, which launch Oct. 1, 2013, are the linchpin of Obamacare’s plan to cover the uninsured. The exchanges will benefit a minority of low-wage union members who don’t currently have employer-provided health insurance. But they may harm many other union members who are covered through union-affiliated multi-employer health trusts — which are prevalent in construction and in low-wage industries like grocery and janitorial. Union members and their employers won’t have access to individual subsidies, or to small-employer tax credits, for insurance purchased on the exchanges. But their nonunion competitors will. Northwest Labor Press, 6-19-13. Rand Paul seems to be crossing over to the mainstream—or maybe it’s the other way around. When Kentucky’s junior senator arrived in Washington just over two years ago, he appeared destined to inhabit the role of perpetual outlier. But now, he’s in the mix on just about everything that is happening, and is talked about as a credible Republican presidential contender in 2016. aul is aggressively trying to forge at least a cordial relationship with GOP establishment interests that have been suspicious of him—sometimes even outright hostile—in the past. The Kentucky opthalmologist-turned-senator represents a brand of inclusiveness at a time when the party is desperate to reach beyond its base. Along with his father, he also has an ability to excite young people that no one else in the party can match. In March, his 13-hour filibuster to protest the Obama administration’s drone warfare tactics electrified the blogosphere on both the left and right. Washington Post, 6-19-13.

Vice President Joe Biden joined congressional leaders Wednesday at a cermony marking the unveiling of a statue honoring abolitionist Frederick Douglass at the U.S. Capitol. The statue, a gift from the residents of Washington, D.C., resides in Emancipation Hall at the Capitol Visitors Center. “There is arguably no one who fought harder for citizenship and full equality than Frederick Douglass,” Biden said, adding that besides fighting to free the slaves, Douglass also called for full voting rights for the residents of Washington, D.C. “Over a century ago, Douglass asked a good question. He said …’What have the people of the District done that they should be excluded from the privileges of the ballot box?’” Biden said he and President Obama agree with Douglass and Washington D.C.’s non-voting member of Congress, Rep. Eleanor Holmes Norton, that D.C. residents deserve the rights of full statehood, including self-governance and congressional voting rights. Politico, 6-19-13.

There is a durable belief that much of today’s unemployment is rooted in a skills gap, in which good jobs go unfilled for lack of qualified applicants. This is mostly a corporate fiction, based in part on self-interest and a misreading of government data. both academic research and a closer look at the numbers in the department’s Job Openings and Labor Turnover Survey show that unemployment has little to do with the quality of the applicant pool. New York Times, 6-15-13.