The Sea-Tac Holiday Inn, one of many hotels that ring the airport perimeter.

A local ballot initiative in the city of SeaTac would give airport workers and those in nearby hotels and car-rental companies the highest minimum wage in the country by nearly $5 an hour, the latest move in a labor-backed push to set the rules at North America’s 17th-busiest airport. Already it has the appearance of a fight that will embroil the state’s business community at the highest level. Business groups are groaning, At least one lawmaker says he is investigating whether the Legislature might be able to pass a bill pre-empting the initiative. Labor unions and allied organizations are gathering signatures for the measure, which they hope to place on the November ballot. It would require employers in airport-related businesses to pay at least $15 an hour and mandate that they provide paid sick leave. Washington State Wire, 5-15-13.

This week, Seattle City Council member Nick Licata is rolling out legislation to allow new homeless encampments on public and private property. The measure, which was hammered out with the help of Council Member Mike O’Brien and Mayor Mike McGinn, is intended to address deteriorating conditions at Nickelsville, the infamous homeless encampment currently residing on city land in Highland Park. “Conditions at Nickelsville are not the best we should have for people,” Licata says. The camp has recently faced flooding, a rat infestation, a spate of crime, and concerns about its self-governing structure after a two-year stint on its current site. The neighborhood group Highland Park Action Committee asked the city to evict the camp last month, saying its “existing management is actually intimidating campers into not seeking help or services, and pressuring residents to not call police. The Stranger, 5-15-13.

The housing bust may be yesterday’s news, but that doesn’t mean foreclosures have stopped. If you have any doubt, head over to South Park, where a group of housing activists are trying to physically block a longtime homeowner from being evicted. Upon order of the King County Sheriff, Jeremy Griffin was supposed to be out of his home by Tuesday at midnight. Instead, starting late Tuesday night, he has played host to members of Standing Against Foreclosure & Eviction, a group that grew out of the Occupy movement. They set up a large tent in his carefully tended garden, where a few people spent the night. By morning, several dozen people had gathered in front of his three-bedroom, which had been draped with protest banners, including a huge one reading “Foreclosure Free Zone.” Seattle Weekly, 5-15-13.

Elizabeth Albertson won’t be running for re-election this year to the Kent City Council as she plans to seek a 33rd District House seat in the state Legislature. If State Rep. Dave Upthegrove (D-33) is successful this year in his race for the District 5 seat on the King County Council, Albertson plans to seek the appointment to replace Upthegrove, who has one year left in his two-year term. “After meeting with many (King County Democrats) Precinct Committee Officers of the 33rd Legislative District, I have been encouraged to actively pursue an appointment to the House of Representatives, should it become available, upon Dave Upthegrove’s successful election to the King County Council,” Albertson said. Albertson has served two four-year terms on the Kent Council. Kent Reporter, 5-15-13.

Peter Maier, former Seattle School Board member, appointed to State Board of Education

Former Seattle School Board member Peter Maier is the newest member of the Washington State Board of Education.  The board members selected Maier from a group of six finalists, one of whom was current Seattle School Board President Kay Smith-Blum. Smith-Blum said she withdrew her candidacy at the end of her interview last week, saying she was committed to finishing her four-year term in Seattle. The State Board has 14 voting members, a mix of gubernatorial appointees, members selected by school board members across the state, one private school representative and the state Superintendent of Public Instruction. Seattle Times, 5-15-13.

Heavy truck traffic often clogs the roads at the end of state Route 167 where it ends at Meridian Street in Puyallup.

The biggest piece of an $8.78 billion transportation proposal in the Legislature – the project to finish state Routes 167 and 509 in Pierce and King counties – hasn’t garnered much criticism. The controversy has, instead, been over the taxes that would pay for it. But a few dissenting voices are starting to emerge, mainly questioning whether the proposal would worsen suburban sprawl and soak up money that could be used to repair existing roads. former Transportation Secretary Doug McDonald said in an interview that the coalition of interests pushing for road improvements in Olympia doesn’t represent ordinary drivers who would want their gas tax money spent fixing existing roads and finding ways to reduce congestion on Interstate 5. Governor Jay Inslee’s response? “I respect the critic here. He has opinions,” Inslee said. “They’re always easier to voice once you’re out of office.” Tacoma News Tribune, 5-15-13.

The timing of Snohomish County Executive Aaron Reardon’s May 31 resignation has been a head-scratcher since he announced it in February. If Reardon had opted to step down before the official candidate-filing period began this week, the county could have scheduled a special election in November to fill the two-plus years remaining on his term. Sunday came and went, without Reardon sending a letter to the County Council formalizing his resignation. That means whoever is appointed to fill Reardon’s job will serve unchallenged at least into November 2014, when results are certified in a special election expected next year. Everett Herald, 5-14-13.

The Yakima River runs past orchards and farmland as it winds toward the Columbia River upstream of Benton City.

Benton County commissioners Wednesday said they won’t sign an agreement that could lead to creating a public water bank system in the Yakima River Basin. The agreement, with the state Department of Ecology and Kittitas and Yakima counties, isn’t a good fit for Benton County and its residents, commissioners said during and after a special meeting Wednesday. With the pact, “we’re in a group arrangement—Kittitas County, Yakima County, Benton County—but we have varying degrees of interest,” Commissioner Jim Beaver said. “One size doesn’t fit all.” A water bank system generally would involve rural property owners—with land in unincorporated areas without municipal water service—buying portions of senior surface water rights to build new homes. Beaver said Benton County already has a groundwater management plan in place. “We’re meeting the requirements of state law and we’re addressing the issues that we face,” he said. Tri-City Herald, 5-15-13.

Budget woes may force Cowlitz County to give away four parks

Cowlitz County’s budget is so tight that officials are discussing giving away the county’s four biggest parks—including the popular Willow Grove park and boat launch. No decisions have been made, and officials stressed Tuesday that they want to find a way to keep the parks open. Giving away the parks won’t balance the county’s 2014 budget, but the commissioner need to slash $2 million and parks are unlikely to survive those cuts. The county has 13 park properties. The main ones under discussion, though, are the four that cost the most to keep up: Willow Grove, Harry Gardner, County Line and Riverside. Longview Daily News, 5-15-13.

An onset of woes raises questions on Obama vision 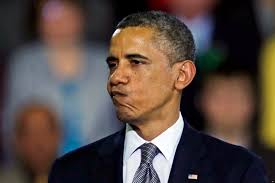 Thwarted on Capitol Hill, stymied in the Middle East, and now beset by scandal, President Obama has reached a point just six months after a heady re-election where the second term he had hoped for has collided with the second term he actually has. Obama emerged from a heated campaign last November with renewed confidence that he could shape the next four years with a vision of activist government as a force for good in American society. But the controversies of recent days have reinforced fears of an overreaching government while calling into question Obama’s ability to master his own presidency. The challenges exemplify a paradox about the 44th president. He presides over a government that to critics appears ever more intrusive, dictating health care choices, playing politics with the Internal Revenue Service and snooping into journalists’ phone records. Yet at times, Obama comes across as something of a bystander occupying the most powerful office in the world, buffeted by partisanship and forces beyond his control. New York Times, 5-16-13.

The resignation of Acting IRS Commissioner Steven Miller might offer a cathartic moment for an angry tax paying public—but it won’t right the ship at the troubled agency. No clear candidates inside the agency would have the gravitas to overhaul the IRS, rehabilitate it, and bring a sense of moral authority to the job—while effectively dealing with a voracious congressional opposition. But it might also be impossible to get a prominent outside candidate confirmed in a divided Senate. The new commissioner will face two major challenges: First, the nominee will have to fix the flawed internal policies that led to the scandal of the IRS targeting conservative groups, and the new commissioner may be charged with overhauling the entire process for auditing politically oriented nonprofits. Second, the next IRS leader has a massive public relations job to carry out, convincing Congress and the American public that the agency can get back on track and become a trusted government entity again. Politico, 5-15-13.

Another gay wedding, another cake denied

Even the most romantic dreamer couldn’t imagine a more fairy tale setting to get married. A wedding beneath towering Mount Hood, overlooking the swift blue water of the Columbia River in the Gorge, truly felt like a fairy tale for Erin Hanson and Katie Pugh of Hood River OR. But when the couple went to find a baker for their wedding cake, they were turned away because they are lesbians. It was the perfect baker in the perfect spot–Fleur Cakes owned by Pam Regentin–just down the road from the wedding. The ladies scheduled a tasting. “I mentioned Erin in passing, and said a ‘she’ in passing too, in the email. A few days later she called back and that was today. And called and verified it was a same-sex wedding,” Pugh said. And that’s when Fleur Cakes said it wouldn’t bake the cake. The business is also Regentin’s house. She was out of town but spoke to KATU News on the phone. When asked if she was aware it’s illegal to discriminate on the basis of sexual orientation for a business that serves the public, Regentin said: “I believe I have the liberty to live by my principles.” KATU, 5-14-13.

How colleges are selling out the poor to court the rich

Neat fact: If the federal government were to take all of the money it pours into various forms of financial aid each year, it could make tuition free, or close to it, for every student at every public college in the country. Will it ever happen? Ha. Not unless Bernie Sanders somehow leads a Latin American-style coup down Pennsylvania Avenue. But one of the reasons I argued for the idea a couple of months back was that it would allow us to finally stop burning money subsidizing obscenely expensive tuition at dubiously worthwhile private institutions. At the time, I singled out the for-profit college industry, which has been rightfully savaged for devouring federal aid dollars while charging poor students backbreaking prices. Today, though, I’d like to apologize to the University of Phoenix and its kin. It seems there are plenty of traditional nonprofit colleges leeching off the system. There’s nothing inherently wrong with handing out tuition breaks to the middle class, or even the rich. But it seems to be happening at the expense of the poor. Jordan Weissmann, The Atlantic, 5-12-13.