Colorado and the future of the Democratic Party 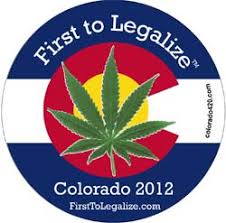 Last month, Colorado opened its first retail marijuana shops. At the Colorado Springs airport, there are now bins to help departing travellers remember to drop their pot before flying off to less liberated states. The law legalizing marijuana in Colorado was the result of a long grass-roots campaign that culminated, in 2012, in a winning ballot vote, and was one of the most surprising left-libertarian successes in recent years. But pot legalization (Washington State has approved a similar law) is a difficult political harbinger to categorize. Colorado has a free-range-inspired history, and the new law might be understood as the latest reimagining of frontier freedom. It has not been a mellowing project, however. The campaign was fought amid a series of bruising battles over social and economic issues—gun control, fracking, taxes, school reform, and civil unions for gay couples—that Colorado and its Democratic governor, John Hickenlooper, Jr., have been engaged in during the years of President Obama’s Administration. The state’s unruliness can be explained in part by the electoral math. Registered voters are almost equally split among Democrats, Republicans, and independents. Colorado’s political statutes allow citizens to introduce ballot initiatives, a situation that encourages populist campaigning on unconventional issues. A rising Latino population has enlivened the immigration debate. And an oil and natural-gas drilling boom has exacerbated long-running arguments about land rights and environmentalism. The midterm elections will likely be closely contested and fuelled by heavy spending by outside interests, and the results may help to define President Obama’s electoral legacy. Steve Coll, New Yorker, 2-10-14.