Daily Clips will be taking Tuesday off, so that the editor can attend the Washington State Democrats’ annual Crab Feed in Olympia. See you there.

On the eve of Washington State Democrats’ annual crab feed in Olympia, the Dems have set out to feed State Sen. Rodney Tom (D-48) to the wolves. “We’ve shown State Senator Rodney Tom the door.  Now, it’s time to send him packing,” Democratic State Chairman Dwight Pelz said in a fundraising letter sent out Friday.  It asks Democrats across the state to give $5 (or more) to a “Rodney Tom Retirement Project.” The state party will holds its annual Presidents Day crab feed on Monday at the St. Martin’s University fieldhouse just outside of Olympia. Seattle P-I, 2-15-13.

Critics want Inslee to quicken the pace of action

A month into his term as governor, there are rumblings from the GOP-led Senate, from business and even from some Democrats that Jay Inslee’s administration has been slow out of the gate. Or so says the Seattle Times — recently an arm of the McKenna campaign — in a totally substance-free piece that barely qualifies as journalism. It’s hardly news that critics are critical! And who are “some Democrats?” Why, the aforementioned Rodney Tom! Imagine that! Seattle Times, 2-16-13.

Overreach in gun bill could defeat the effort

Sometimes, though, the Times deserves credit for a job well done. Columnist Danny Westneat followed up on a tip that gun-control advocates had crossed a serious line in writing SB 5737. Included was this language: “In order to continue to possess an assault weapon that was legally possessed on the effective date of this section, the person possessing shall … safely and securely store the assault weapon. The sheriff of the county may, no more than once per year, conduct an inspection to ensure compliance with this subsection.” In other words, come into homes without a warrant to poke around. Failure to comply could get you up to a year in jail. Seattle Times, 2-16-13.

Is new ferry a pricey sea-going lemon? And why? 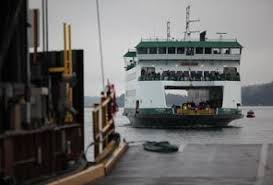 A simmering debate on the design, durability and cost of the Chetzemoka ferry is heating up and may be nearing the boiling point. State lawmakers are steamed by revelations in an audit last month that the vessel’s final off-the-dock, in-the-water price of $83.6 million in 2010 was nearly $50 million higher than what a Massachusetts ferry operator paid three years earlier for a boat with a comparable design. They are now pressing state Auditor Troy Kelley to probe deeper into the decisions made and dollars spent on the Chetzemoka, which is pound for pound the most expensive boat ever built by Washington State Ferries. Everett Herald, 2-17-13.

Democrats in Olympia are offering Republicans an opportunity to embrace true family values, but early signs indicate that the GOP is siding with big business over our families. Washington State Labor Council’s Legislative Update, 2-13-13.

When the U.S. Congress passes a law, can South Carolina refuse to follow it? To a growing number of Republican state lawmakers, who control the S.C. Legislature, the answer is yes. In the legislative session that started in January – two months after Democratic President Barack Obama was re-elected – S.C. lawmakers have filed dozens of bills that would nullify federal laws. And, this year, the bills are not disappearing into the labyrinths of legislative subcommittees where proposals once thought to be fringe ideas have gone to die in the past. Instead, they are rocketing to the top of agendas and some are passing powerful judiciary committees. The (Columbia SC) State, 2-17-13.

In Alabama, a model for Obama’s push to expand preschool 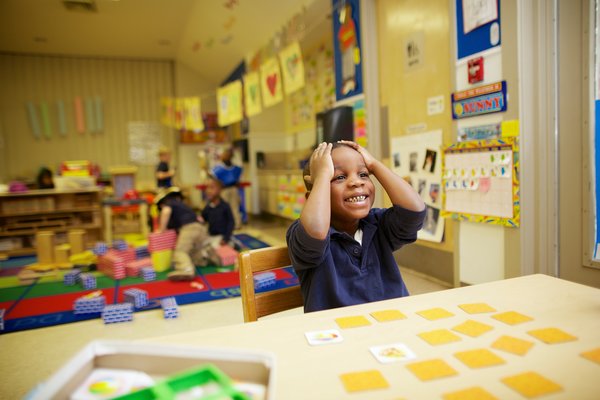 Damien Fowler, 4, playing a memory game with his teacher at the Nina Nicks Joseph Child Development Center in Mobile, Ala.

President Obama’s early education proposals come as a handful of states have been more aggressively pushing taxpayer-financed preschool. In Alabama, for example, Gov. Robert Bentley (R) has called for a $12.5 million increase — or more than 60 percent — in the state’s preschool budget, with the eventual goal of increasing financing over 10 years to the point where every 4-year-old in the state could have a preschool slot. The governor’s proposal is supported by a coalition of early-education advocates and business leaders, who see preschool as an important component of future job readiness. New York Times, 2-14-13.

In Chicago, $98 million in charter school graft is “like picking your nose.”

When the story broke last week that Juan Rangel’s United Neighborhood Organization funneled $98 million dollars in state grants to friends and relatives of higher-ups in the organization, Patrick O’Connor, Mayor Rahm Emanuel’s aldermanic floor leader, said, “Nothing being reported means they’ve done anything illegal or improper. It might sound crude, but it’s kind of like picking your nose in public. It looks bad. It’s not classy. But it’s not illegal.” That’s “the Chicago Way. “Fred Klonsky Blog, 2-15-13.

Signed, sealed, deposited: How to save the Postal Service—and protect ordinary Americans from financial predators—in one easy step: Bring back postal banking!

Given the reduced use of letters in an age of digital communication, it’s nonetheless true that the Postal Service is due for some changes to its business model. Democrats from Sen. Tom Carper (D-DE) to Rep. Elijah Cummings (D-MD) have laid out various ideas. But there’s one idea they haven’t suggested that would kill two birds with one stone: make money for the Postal Service and level the financial playing field for some of the most vulnerable Americans. Namely: We should allow the Postal Service to return to the practice of offering simple banking services. Pacific Standard, 2-15-13.