Voodoo economics, the next generation 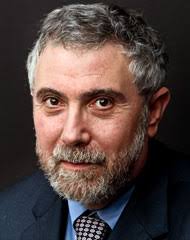 Even if Republicans take the Senate this year, gaining control of both houses of Congress, they won’t gain much in conventional terms: They’re already able to block legislation, and they still won’t be able to pass anything over the president’s veto. One thing they will be able to do, however, is impose their will on the Congressional Budget Office, heretofore a nonpartisan referee on policy proposals. As a result, we may soon find ourselves in deep voodoo. It looks as if voodoo is making a comeback. At the state level, Republican governors—and Gov. Sam Brownback of Kansas, in particular—have been going all in on tax cuts despite troubled budgets, with confident assertions that growth will solve all problems. It’s not happening, and in Kansas a rebellion by moderates may deliver the state to Democrats. But the true believers show no sign of wavering. Paul Krugman, New York Times, 10-5-14.