The case against Mike McGinn: It’s his agenda, not ours Seattle Mayor Mike McGinn and Gov. Chris Gregoire are all smiles as they greet President Obama at Boeing Field in 2011. Appearances deceive. “I don’t believe we can trust the Governor to keep her promise to protect us” on the tunnel, said McGinn. Gregoire has endorsed challenger Sen. Ed Murray.

The closing days of this year’s primary campaign for Seattle Mayor have witnessed a closing of ranks against Mayor Mike McGinn by public officials who’ve had up-close experience working with him. They use phrases like “strong willed” to describe McGinn — not meant as a compliment — and argue, as Councilman Tim Burgess did recently:  “The last thing we need to do is maintain the current contentious attitude.” The “liberal establishment” is out to get the Mayor, McGinn supporters respond.  As it endorsed McGinn, the Stranger charged:   “McGinn was set up for failure from day one.  The Seattle City Council rejoiced in thwarting McGinn’s agenda.” Truth is, champagne corks did NOT pop in the Council’s chambers, nor was any cheeering audible . . . just a shaking of heads. Joel Connelly, Seattle P-I, 7-28-13.

The state Department of Ecology is overseeing revisions to Bellevue’s shoreline plan, a document spelling out how to protect bodies of water in the city. When homeowners voiced opposition toward an earlier draft of the plan, the city Planning Commission eased many restrictions.

Bellevue’s proposed shoreline plan has run into problems with the state Department of Ecology after the city Planning Commission eased provisions that had rankled lakefront-property owners. Ecology, which must approve the updated Shoreline Master Program before it can become law, has found numerous provisions that may not comply with state law and regulations. The state agency also complained that it wasn’t kept informed of those changes. Although there is agreement that many of Ecology’s concerns can be easily resolved, others appear to be more substantial. Seattle Times, 7-28-13.

Boeing management told employees Thursday it is moving more engineering jobs from Bellevue and Everett to California, according to the Seattle Times. Within hours, members of the state Senate’s Majority Coalition Caucus jumped on Democratic Gov.Jay Inslee in news releases, questioning what the first-year Democrat can do to stop the job losses, which could total 375,according to the Los Angeles Times. In an unsurprising move less than a month after a long, partisan legislative session, three members of the Republican-dominated Senate coalition quickly suggested the Legislature (meaning House Democrats) needs to do more for the state’s golden-haired aerospace industry. Olympian, 7-27-13.

But such criticism cuts both ways; Inslee calls Benton, Rivers a brick wall to economic progress and CRC

A group of Clark County business leaders told Gov. Jay Inslee Friday that they weren’t ready to surrender just yet on the Columbia River Crossing project. Inslee told them he will do everything in his power to try to move the CRC forward before a crucial Sept. 30 federal deadline for the project, but apparently nothing has changed since the Legislature’s second special session ended June 29. The legislature, which was asked to commit $450 million to the project, has adjourned without doing so, and the CRC offices have already begun shutting down. Inslee, a Democrat, called state Sens. Don Benton (R-17) and Ann Rivers,(R-18) a brick wall to economic progress in the state, because of their efforts this year to block money for the CRC. Vancouver Columbian, 7-26-13.

A few big names in Washington state politics are lining up against Tim Eyman’s latest initiative on initiatives, including some who backed his previous ballot ideas on tax control and audits. Former state Attorney General Rob McKenna, a Republican, and former auditor Brian Sonntag, a conservative Democrat, both helped write the voter pamphlet statements against Eyman’s Initiative 517. The measure proposes to expand the right of initiative signature-gatherers by creating a 25-foot harassment-free zone around them. The No on I-517 coalition includes Republican ex-secretaries of state Sam Reed and Ralph Munro, Northwest Progressive Institute’s Andrew Villeneuve, and business interests. They all say I-517 infringes on private property rights by limiting a business owner’s ability to control petition-signature activities in front of a store. Olympian, 7-28-13. 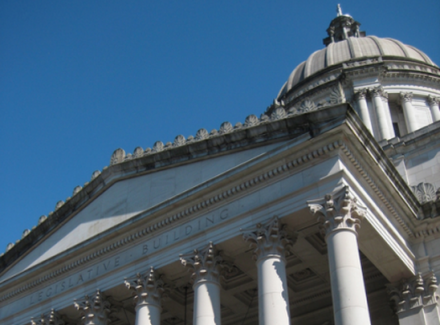 A variety of new laws took effect Sunday in Washington state, ranging from measures that make it easier for certain businesses to serve alcohol to a plan that compensates people who have been wrongfully convicted. Lawmakers passed more than 300 bills this year, most of which took effect this past weekend, though a handful of others will hit the books in September. A new law allows people who were wrongfully convicted of a crime to file a claim for damages against the state. Two measures will allow theaters to sell alcohol to patrons 21 and over. Employers will now be barred from asking for Facebook, Twitter or other social media passwords. Drivers who improperly park in spaces reserved for electric vehicles now face a $124 penalty.  Associated Press (KPLU), 7-27-13. 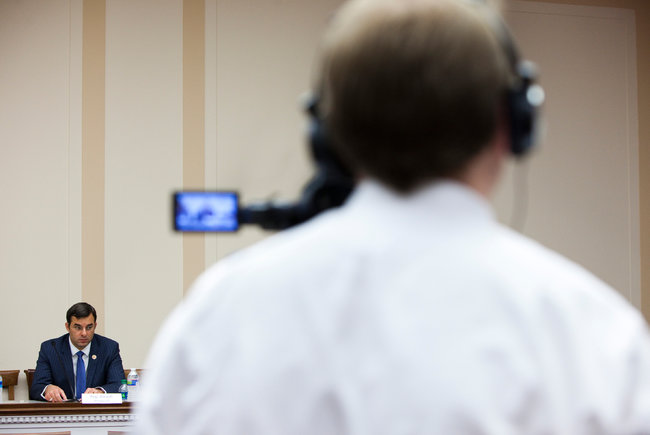 Representative Justin Amash, a Michigan Republican, is part of the movement to crack down on government surveillance.

The movement to crack down on government surveillance started with an odd couple from Michigan, Representatives Justin Amash, a young libertarian Republican known even to his friends as “chief wing nut,” and John Conyers Jr., an elder of the liberal left in his 25th House term. But what began on the political fringes only a week ago has built a momentum that even critics say may be unstoppable, drawing support from Republican and Democratic leaders, attracting moderates in both parties and pulling in some of the most respected voices on national security in the House. New York Times, 7-28-13.

How the Obama campaign won the race for voter data Engineers and developers work at President Obama’s campaign headquarters in Chicago in December 2011.

From the moment Barack Obama took the oath of office on Jan. 20, 2009, and every day thereafter, his team was always preparing for the 2012 campaign. Everyone said Obama’s 2008 operation had rewritten the book on organizing. But that was just a beginning, a small first step toward what the team envisioned when it began planning the reelection campaign. One of the hallmarks of Obama’s 2012 campaign was its prodigious appetite for research. The trio at the top — Messina, senior strategist David Axelrod and White House senior adviser David Plouffe — were enthusiastic consumers of research. Though different in their approaches to politics — Axelrod operated intuitively, Plouffe’s watchwords were “Prove it” and Messina wanted to be able to measure everything — they all pushed the campaign for more research, testing, analysis and innovation. Washington Post, 7-28-13.