In victory for Obama, justices back rule limiting coal pollution 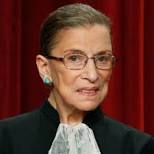 In a major victory for the Obama administration, the Supreme Court on Tuesday upheld the authority of the Environmental Protection Agency to regulate the smog from coal plants that drifts across state lines from 28 Midwestern and Appalachian states to the East Coast. The 6-2 ruling bolsters the centerpiece of President Obama’s environmental agenda: a series of new regulations aimed at cutting pollution from coal-fired power plants. Republicans and the coal industry have criticized the regulations, which use the Clean Air Act as their legal authority, as a “war on coal.” The industry has waged an aggressive legal battle to undo the rules. Legal experts said the decision, written by Justice Ruth Bader Ginsburg, signals that the Obama administration’s efforts to use the Clean Air Act to fight global warming could withstand legal challenges. New York Times, 4-29-14.