UNCONSTITUTIONAL! State Supreme Court invalidates Eyman’s I-1053 (and, by extension, I-1185?)

In a landmark ruling 20 years in the making, the Washington State Supreme Court this morning struck down Initiative 1053 as unconstitutional. The court majority said the constitution controls the majority needed for tax hikes and the constitution requires only a majority of the members of the House and Senate. That means the only way for backers of the so-called super-majority for tax hikes can achieve that goal is to go through the more-burdensome method of amending the constitution which itself requires a two-thirds vote of both houses. Tacoma News Tribune, 2-28-13.

Seattle mayor Mike McGinn Wednesday morning reiterated his request that City Attorney Pete Holmes be “ethically screened,” or barred from participating in future talks between city officials and the court monitor tasked with ensuring that the Seattle Police Department take steps to curb its pattern of using excessive force with suspects, and a pattern of  biased policing. However, it seems that Holmes isn’t planning on kowtowing to the mayor’s request. A press release from his office sent Wednesday states:

City Attorney Pete Holmes will not screen himself from representing the City in this case. The City Charter gives the City Attorney supervisory control of all litigation and, although the City has entered a consent decree with the U.S. Department of Justice, this remains a pending lawsuit under the supervision of a federal judge.

Ending what the City Council called a months-long saga, Bellevue unanimously approved changes to the city’s land use code Monday night. Dozens of residents showed up for the discussion and vote, which will determine setbacks, the permitting process and design guidelines for the future East Link light rail project. “I think that this is a great outcome,” said Council member John Chelminiak, echoing colleague sentiment. “A week ago … we were looking at potential for very significant delays in the project…As of tonight we got to a place where the project is back on schedule and back working right, and that’s a great outcome.” Bellevue Reporter, 2-27-13.

After the hit piece the Seattle Times ran on him a couple weeks ago. Seattle Port Commissioner Rob Holland resigned rather than toughing it out, but Holland’s friend and former campaign manager, Michael Martin, was also maligned in the piece, and unfairly so. And he’s fighting mad at Times reporter Emily Heffter and her editor, Matthew Kreamer, for refusing to retract a factually incorrect assertion that implies inappropriate behavior by Martin. David Goldstein, Stranger, 2-27-13.

Auburn City Council member John Partridge said Monday he will run for Mayor of Auburn in the fall 2013 election. “It is the perfect time to make a positive change in leadership at City Hall,” Partridge said. “We are standing at a key economic moment in the future of our city that calls for responsive leadership that will listen to and serve the community.” Partridge is the fourth candidate to officially enter the race, joining Deputy Mayor and City Council member Nancy Backus, Iraq war veteran Scot Pondelick, and locksmith Frank Lonergan. Auburn Reporter, 2-27-13.

Engineering consultant Albert Shen, originally considered a possible candidate for mayor, has filed to challenge one-term council member Mike O’Brien for Seattle City Council instead. Shen, 46, is a business candidate running on a platform of creating jobs. He owns a transportation civil engineering consulting firm and participated this year in President Obama’s White House business council, meeting with senior administration officials to talk about small businesses. That got him excited about bringing ideas for job creation to the local level, he said, by running for office. Seattle Times, 2-27-13.

Legal Challenge Filed to I-1240

A coalition of educators and community groups has filed a legal demand with Washington Attorney General Bob Ferguson challenging the constitutionality of Initiative 1240, the state’s new charter school law. The demand asserts that I-1240, the Charter School Act, violates the Washington Constitution by improperly diverting public school funds to private nonprofit groups that are not subject to local voter control, and by impeding the state’s constitutional obligation to fund fully K-12 public education.
The League of Women Voters of Washington, the Washington Education Association, and El Centro de la Raza filed the demand with the attorney general’s office earlier today. The action puts Ferguson in a tough spot, because his job is to defend state laws. Seattle Schools Community Blog, 2-27-13.

Gun control advocates are banding together to turn up the heat on state lawmakers. In the coming days, they plan to announce the formation of a new grassroots lobbying coalition. Their first target is passage of universal background check legislation. The Washington Alliance for Gun Responsibility has seed money from Seattle venture capitalist Nick Hanauer. Other founders are Seattle city councilwoman Sally Bagshaw, former council member Tina Podlodowski and Seattle writer and activist Eric Liu. Northwest News Network, 2-25-13.

The push for a statewide ban on the toxic flame retardant Tris hit a legislative snag late last week. Tris is found widely in sofas, car seats and children’s products and has been linked to cancer, learning disorders and reduced fertility. Sen. Sharon Nelson (D-34) proposed legislation that would have banned the substance. But Nelson’s SB 5181, the Toxic-Free Kids and Families Act, was killed by the Senate Energy and Environment Committee. The stumbling block, she said, appeared to be the language requiring companies find less toxic alternatives. Crosscut, 2-26-13.

The Quinault Indian Nation is suing four neighboring school districts for racial discrimination, stemming from a decision made earlier in the year by those districts to dissolve a high school athletic conference. The dissolution of the Coastal Conference, the federal lawsuit contends, left a fifth, largely Native American public school in Taholah with virtually no teams to play. “They acted outside the rules of the Washington Interscholastic Activities Association (WIAA),” said Quinault Nation President Fawn Sharp, “We have a sacred duty, we’re leaders.  It’s been going on for too long.  We have to draw the line and support our students.” KING 5 News, 2-24-13.

When some of the Legislature’s most-conservative members join up with some of its most liberal to take controversial — and gutsy — positions on issues relating to government power and civil liberties, it’s hard not to take notice. Jason Overstreet (R-42) and Sharon Tomiko Santos (D-37) are prime sponsors of HB 1581, with the unwieldy, yet intriguing title: “An act relating to creating the Washington state preservation of liberty act condemning the unlawful detention of United States citizens and lawful resident aliens under the National Defense Authorization Act.” The bill, which died in the House Public Safety Committee, would have made it a crime for a state or local official or employee to cooperate in the investigation or arrest of citizens or residents by U.S. armed forces. Peter Callaghan, Tacoma News Tribune, 2-26-13. 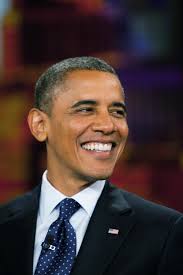 Americans believe, by a nearly 3-1 margin, that Republicans in Congress are putting partisanship over unifying the country in the current budget impasse with the White House, according to a new NBC News/Wall Street Journal poll. The survey gives President Obama somewhat better marks:  48 percent believe that the president is seeking to unify as he travels the country warning about automatic budget cuts that take effect Friday; 43 percent feel he is seeking partisan advantage. The poll comes less than three days before across-the-board “meat-ax” sequestration cuts take effect, 9 percent to non-entitlement federal spending and 12 percent to the Department of Defense. Seattle P-I, 2-26-13.

In public policy circles, crises are called “focusing events” — bringing to light a particular failing in government policy.  They require government agencies to switch rapidly into crisis mode to implement solutions. Creating the crisis itself is more novel. Each year, Chicago Public Schools (CPS) projects a billion dollar deficit. The announcement grabs headlines and the Board of Education announces that they must make serious cuts. These cutbacks are never at the top. The Board cuts education programs, after-school activities, and forces more classroom costs onto its employees. Kenzo Shibata, Jacobin Magazine, 2-22-13.

The Obama Justice Department succeeded in convincing the five right-wing Supreme Court justices to dismiss a lawsuit challenging the constitutionality of the 2008 law, the FISA Amendments Act, which vastly expanded the government’s authority to eavesdrop on Americans without warrants. In the case of Clapper v. Amnesty International, 11-1025, Justice Samuel Alito wrote the opinion, released today, which adopted the argument of the Obama DOJ, while the Court’s four less conservative justices (Ginsberg, Breyer, Sotomayor and Kagan) all dissented. This means that the lawsuit is dismissed without any ruling on whether the US government’s new eavesdropping powers violate core constitutional rights. The background of this case is vital to understanding why this is so significant. Glenn Greenwald, The Guardian, 2-26-13.

Why I cannot support the Common Core Standards 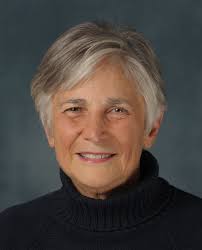 I have long advocated for voluntary national standards, believing that it would be helpful to states and districts to have general guidelines about what students should know and be able to do as they progress through school. Such standards, I believe, should be voluntary, not imposed by the federal government; before implemented widely, they should be thoroughly tested to see how they work in real classrooms; and they should be free of any mandates that tell teachers how to teach because there are many ways to be a good teacher, not just one. I have come to the conclusion that the Common Core standards effort is fundamentally flawed by the process with which they have been foisted upon the nation. Diane Ravitch Blog, 2-26-13.