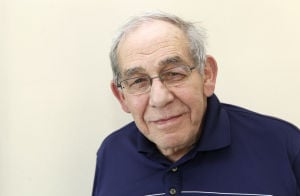 Across the land, Republican state legislators have shouted “voter fraud, voter fraud” to justify various schemes to restrict voting. Wisconsin Gov. Scott Walker is now leading the charge, which makes sense since the phony fraud redounds to his benefit. Legislative actions, written by the corporate-funded American Legislative Exchange Council, are intended to hamper African-American and Latino voting. Legislators have all but said that they can still smell the Rio Grande on new voters. But they cry wolf and have created a public understanding that in no way reflects reality. As is well known by those who’ve bothered to investigate, voting restrictions are the true fraud. Stanley Kutler, Cap Times, 4-4-14. Vice President Joe Biden is encouraging Democrats to “fight back” for voting rights in a video released as part of the Democratic National Committee’s new Voter Expansion Project. “I’ve got to tell you, if someone had said to me ten years ago that I’d have to make a pitch for protecting voting rights today, I would have said ‘you got to be kidding,’” Biden says in the video, which was posted to YouTube Monday. Huffington Post, 4-7-14.