(Daily Clips will resume Wednesday, as we take a day off in observation of the events in Boston.)

A new organization that advocates for the rights of immigrants in Yakima is planning a commercial boycott as part of a push for comprehensive immigration reform. “Somos Comunidad” (We Are Community) asks Hispanics not to shop for three days starting May 1, and then shop only at businesses that openly support reform. Under the plan, to avoid a longer boycott, businesses will be asked to post signs saying they support the immigration reform effort. Not all local advocates for immigration reform support the idea, but organizers see it as a way to show strength. “This boycott may help demonstrate that the Latino community is important to the economy,” said Yakima attorney Stephen Robbins, a member of the organization. “Many people cannot elect a candidate because they don’t have documents, but they can choose where to shop,” Robbins said. Yakima Herald-Republic, 4-13-13.

Gov. Jay Inslee, right, and U.S. Transportation Secretary Ray LaHood emphasize the need for funding commitment by the Washington state Legislature regarding the Columbia River Crossing project to qualify for $850 million in federal aid, at an press availability in Olympia,Wash., Wednesday, April 10, 2013. The federal deadline imposed for qualifying is Sept. 2013.

The South Sound’s big road project is the most expensive one riding on the Legislature’s decision on a gas tax increase. That means the so-called Puget Sound Gateway, endorsed last week by Gov. Jay Inslee, also has the most to lose if a fight over a Vancouver bridge ends up sinking the whole tax package. Republicans turned up the heat last week on the Columbia River Crossing bridge replacement that also is a priority for Democrat Inslee. Light rail has helped make the bridge a political lightning rod. Inslee wouldn’t say Friday whether he would support a package that leaves out the crossing, but he said he remains “diligent and resolute” that the bridge should be built, especially with the hundreds of millions of federal dollars it would pull down for Washington. U.S. Transportation Secretary Ray LaHood came to Olympia last week to dangle that federal money, which is available only if Washington and Oregon kick in. Tacoma News Tribune, 4-13-13. The MoneyTree location on Third Avenue in downtown Seattle

The state Legislature apparently will not be revamping the state’s payday lending laws this year in Olympia. Payday loan provider MoneyTree was seeking to change state law to let the lender make high-interest installment loans of up to six months to counter what MoneyTree CEO Dennis Bassford says are rampant illegal online lenders targeting Washington customers. The bill passed the Senate. But it did not get traction in the House. The bill missed the April 9 cutoff to make it through fiscal committees. That makes the bill officially dead, although it could be revived this session through special procedures. Puget Sound Business Journal, 4-11-13.

With the investigation by the Department of Education’s Office of Civil Rights, the long-smoldering issue of the overrepresentation of African-American students among those subjected to exclusionary discipline in Seattle Public Schools has come to a head. It’s clearly about time. It’s also clearly about time to examine a similar issue that exists for students with disabilities in Seattle Public Schools. In a recent analysis, the Seattle Special Education Advisory & Advocacy Council found that in Seattle Public Schools, 40 percent of all long-term or short-term suspensions were received by students identified as having a disability. This is despite the fact that only 14 percent of Seattle students have a disability. Mary Griffin, Seattle Times, 4-14-13.

Violations are down at Auburn’s photo-enforced areas, and so are revenues for fines incurred and paid to the City.

As motorists make their way through Auburn, they are paying close attention to avoid running afoul of lights at the three camera-placed intersections and easing up on the pedal within the six photo-enforced school zones. The upshot is that revenues — read fines incurred and paid to the City — are down. Now Redflex Traffic Systems of Scottsdale, Ariz., which owns the Photosafe cameras, recently told Auburn’s Finance Director, Shelley Coleman, that with the continued drop in revenue, it is barely covering its costs it incurs with the Auburn cameras. And (surprise!) the company wants to renegotiate. Auburn Reporter, 4-12-13. 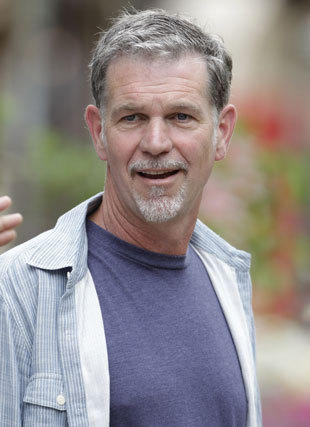 Op-ed: Teachers: Will we ever learn?

In April 1983, a federal commission warned in a famous report, “A Nation at Risk,” that American education was a “rising tide of mediocrity.” The alarm it sounded about declining competitiveness touched off a tidal wave of reforms: state standards, charter schools, alternative teacher-certification programs, more money, more test-based “accountability” and, since 2001, two big federal programs, No Child Left Behind and Race to the Top. But while there have been pockets of improvement, particularly among children in elementary school, America’s overall performance in K-12 education remains stubbornly mediocre. But sorry, “Waiting for Superman”: charter schools are not a panacea and have not performed, on average, better than regular public schools. Successful schools — whether charter or traditional — have features in common: a clear mission, talented teachers, time for teachers to work together, longer school days or after-school programs, feedback cycles that lead to continuing improvements. It’s not either-or. Jal Mehta, New York Times, 4-12-13.

A bill introduced in Congress Friday would fix the conflict between the federal government’s marijuana prohibition and state laws that allow medical or recreational use. Rep. Dana Rohrabacher (R-CA) said his bill, which has three Republican and three Democratic sponsors, would ensure that state laws on pot are respected by the feds. The measure would amend the Controlled Substances Act to make clear that individuals and businesses, including marijuana dispensaries, who comply with state marijuana laws are immune from federal prosecution. “This bipartisan bill represents a common-sense approach that establishes federal government respect for all states’ marijuana laws,” Rohrabacher said in a news release. “It does so by keeping the federal government out of the business of criminalizing marijuana activities in states that don’t want it to be criminal.” Associated Press (Olympian), 4-12-13.

Top House Dem: On Social Security cuts, Obama is like a small child 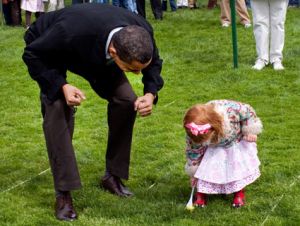 President Barack Obama’s new budget has much of his own base up in arms, particularly over $230 billion in proposed cuts to Social Security. On Thursday, House Minority Leader Nancy Pelosi (D-CA) convened a meeting of House Democrats to hear a closed-door debate on the proposal, which would cost retirees hundreds of dollars a year by tying the growth of monthly Social Security benefits to a new, lower measure of inflation called chained CPI. It was unclear whether the meeting changed any minds, but it certainly highlighted the divisions between the president and his party. Speaking to reporters after the debate, many Democrats complained that Obama put the cuts on the table far too early. Rep. Louise Slaughter (D-NY), the top Democrat on the House rules committee, likened Obama’s negotiating skills to the eagerness of a five-year-old. “When I was a kid, I couldn’t play hide and seek,” she said. “The pressure was just too much on me. I would hop up and say, Here I am! This is the way this negotiation is taking place. We’re trying to get a grand plan out of Republicans. It would be better instead of hollering up, Here I am! to get that agreement first, before you put it in your budget.” Mother Jones, 4-12-13.

Seattle’s been feeling pretty good about itself lately, and not without cause. The Amazon boom, lower unemployment than the rest of the state, Google expanding in Kirkland, and strong national rankings on economic performance make this more than mindless boosterism. The whack upside the head came a few days ago, when Boeing said it would invest $1 billion in South Carolina, promising to create 2,000 jobs there. This came amid several warnings of layoffs here. Thanks, we needed that. There are 10 reasons why the Puget Sound region and Washington state can’t afford to be smug. Jon Talton, Seattle Times, 4-11-13.