A place at the table: Murray listens to Seattle’s African American leaders

The podium at the Langston Hughes Performing Arts Institute for Saturday’s event.

Mayor Ed Murray met with several leaders of the African and African American community Saturday at the Langston Hughes Performing Arts Institute to start a conversation about race and inequality in Seattle. The room was packed, and the mayor listened to two hours of presentations on education, housing, arts, community and economic development, STEM professions, digital access, family services, and youth culture. Most of the speakers were quick to tell the mayor that Seattle is not as diverse as it thinks it is, and Murray agreed. Elmer Dixon, co-founder of the Seattle Black Panthers and President of Executive Diversity Services, Inc., said that Seattle is seen as liberal and progressive, but only if you look at it through a white lens, and that “Seattle’s black community jointly experiences a different Seattle that offers a less engaging reality.” The Stranger, 1-19-14.

Case of the curious juror: when the Web invades the courtroom

Some judges now confiscate all phones and computers from jurors when they enter the courtroom.

Last week, in King County Superior Court, a jury foreman sat before a judge, hands clasped, and tried to explain. He had violated her orders not to do any research on the case. She wanted to know why. At home, after two days of deliberations, he’d gone online to look up the statute for first-degree rape, the juror told Judge Mary Roberts. There, he saw a link for the crime’s penalty. “I clicked on it,” he said. Now his Web surfing, brief as it was, threatened to undo everything. His research had taken him beyond what had been presented in court: Jurors get instructed on what constitutes a crime, not on the potential sentence. So Roberts had to decide whether to order a new trial. If she did, that would mean five weeks wasted — not just her time, but that of the lawyers, the bailiff, the court reporter, the members of the jury. These days just about everyone carries a smartphone. So judges beseech jurors to keep those phones in their pockets, or at least to avoid the search engine: No Googling the defendant or the attorneys or the law or the meaning of words or anything else related to the case. But time and again, jurors can’t resist. Seattle Times, 1-18-14.

Eastside Catholic and Archbishop Sartain: A case for connecting

Students sing vocalist Mary Lambert’s lyrics to the song “Same Love” by Macklemore & Ryan Lewis outside of the Chancery building for the Archdiocese of Seattle. The students were rallying for Eastside Catholic’s Vice Principal Mike Zmuda, who resigned his position after officials with the Archdiocese discovered that he was in a same-sex marriage. He was told the marriage violated his contract.

Seattle Archbishop J. Peter Sartain would be walking in the footsteps of Pope Francis were he to drive out to Eastside Catholic High School in Sammamish and open a dialogue with students protesting the ouster of its vice principal. As well, he would do the Church and himself a favor by engaging in what Pope John XXIII in the 1960s called “aggiornamento,” an opening up, openness, and bringing up to date. What have we heard from the spiritual leader of 500,000 Western Washington Catholics other than that he opposes same-sex marriage and the proposed Reproductive Parity Act?  It makes stereotyping so easy for those who make it a business to hector the church. Joel Connelly, Seattle P-I, 1-17-14.

A string of train accidents involving crude oil shipments in the U.S. and Canada is causing uneasiness in Spokane and other communities bisected by railways. And the safety of rail cars and hazardous cargo is under intensifying scrutiny. With the number of oil trains from the upper Great Plains expected to increase through the Spokane area, the risk of spills and potentially deadly fires is a growing concern, City Council President Ben Stuckart said. Stuckart wants city leaders to support tougher federal safety standards for moving crude oil by rail, including the use of new tank cars that can better survive derailments and lower train speeds in metro areas. Spokesman-Review, 1-19-14.

Attorney General Bob Ferguson buoyed local governments looking to block pot businesses with a legal opinion issued Thursday. His argument cites the intentions of those who wrote the state’s the pot law, but the initiative’s primary author said he got it wrong. The question is whether cities and counties can ban or delay marijuana businesses within their borders. Ferguson argued they can do that, without breaking state law. He wrote if the drafters of the law had meant to preempt that kind of move, they would have said so in the initiative. But Alison Holcomb, I-502’s chief architect, said the law sits within the state’s uniform controlled substances act, which already rules out local bans and moratoriums. “The attorney general seemed to think there was specific language required to achieve what our state marijuana laws already provides, that local laws can’t be inconsistent with the state law,” she said. KPLU, 1-17-14.

Labeling fight is still on; bill would ban production of GMO salmon in WA 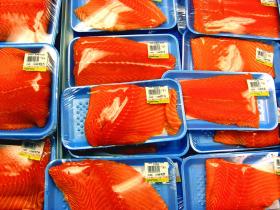 When Rep. Cary Condotta (R-12) campaigned for labeling genetically modified food last fall, he noticed that reactions were different depending on the type of food: fish or plant. “When you start talking about modifying animals to grow faster and larger, boy, they light up,” he said. “People go, really? They’re not doing that, are they?” Initiative 522, the measure to label genetically modified food in Washington,failed last fall but Condotta is now sponsoring HB 2143, co-sponsored by Rep. Gerry Pollet (D-46), to require labeling of transgenic salmon and ban its production in Washington state. “We’ve spent billions of dollars in the state of Washington, protecting our natural salmon runs and bringing them back to life,” he said. “We don’t want there to be any chance there’s going to any contamination or some issue of this fish getting involved with all this work we’ve done.” KUOW, 1-17-14.

The South Sound has two new representatives in the state Legislature, with Friday’s appointments of Rep. Jesse Young (R-26) of Gig Harbor and Rep. Graham Hunt (R-2) of Orting. Young, a business consultant, won appointment to the House seat previously held by Jan Angel, who was elected to the Senate. Hunt will fill the 2nd District seat formerly held by Rep. Gary Alexander. Alexander ran a losing campaign last year for Thurston County Auditor, during which he pledged to relinquish his House seat if he lost. The joint group selected Hunt, an Orting city councilman and owner of an insurance agency. The other two GOP nominees were Matt Hamilton of Graham, the winner of the vote of Republican PCOs, and Andrew Barkis of Olympia. Hamilton said he planned to run for the seat in November. Tacoma News Tribune, 1-17-14.

In what tribal leaders call a historic development, Gov. Jay Inslee Friday signed a proclamation that returns almost all civil and criminal authority over tribal members on the reservation back to the Yakama Nation. Tribal Council Chairman Harry Smiskin said the signing is not only “historic,” but the first of its kind in the country. “The biggest benefit is that we have the right to determine our own destiny and our own laws,” Smiskin said earlier this week. But the deal is not done yet. The proclamation needs federal approval, which Smiskin said will probably take another year or so working with the government on final details, including financial support for both law enforcement, and civil authority over social issues like school truancy and child and family services. Yakima Herald-Republic, 1-18-14.

Obama says all the right things about weed in new interview 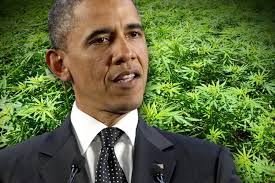 America is no longer scared of pot, and it doesn’t seem like President Barack Obama is, either. In a long interview with David Remnick of the New Yorker, Obama said just about everything he should be saying about weed. “As has been well documented, I smoked pot as a kid, and I view it as a bad habit and a vice, not very different from the cigarettes that I smoked as a young person up through a big chunk of my adult life,” Obama told Remnick. “I don’t think it is more dangerous than alcohol.” Bringing the conversation back to policy, he acknowledged that “middle-class kids don’t get locked up for smoking pot, and poor kids do. And African-American kids and Latino kids are more likely to be poor and less likely to have the resources and the support to avoid unduly harsh penalties.” This is a fact that long ago moved away from being a secret. In talking about efforts to legalize pot in states like Colorado, Obama gave his blessing while grounding his support like an ex-law scholar might. “It’s important for it to go forward because it’s important for society not to have a situation in which a large portion of people have at one time or another broken the law and only a select few get punished,” he told Remnick. Gawker, 1-18-14.

Hoboken, NJ Mayor Dawn Zimmer Sunday defended her claims that the New Jersey governor’s office tied Hurricane Sandy relief aid to a real estate project in Hoboken backed by Gov. Chris Christie (R). “I stand by my word,” she said on CNN’s “State of the Union.” “They were holding our Sandy funds hostage.” Zimmer Saturday said that Lt. Gov. Kim Guadagno told Zimmer that her town would receive a large sum of Sandy relief aid if the mayor pushed for the quick approval of a real estate project important to the governor. Christie spokesman Colin Reed criticized MSNBC for its “partisan” coverage of the governor and claimed that Hoboken got $70 million out of the $100 million the town requested in aid. Zimmer, however, refutes Reed’s math. The majority of aid Hoboken received was through the federal government, and the state gave the town only about $300,000. Talking Points Memo, 1-19-14. 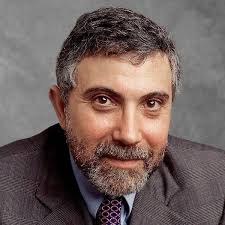 The reality of rising American inequality is stark. Since the late 1970s real wages for the bottom half of the work force have stagnated or fallen, while the incomes of the top 1 percent have nearly quadrupled (and the incomes of the top 0.1 percent have risen even more). While we can and should have a serious debate about what to do about this situation, the simple fact — American capitalism as currently constituted is undermining the foundations of middle-class society — shouldn’t be up for argument. But it is, of course. Partly this reflects Upton Sinclair’s famous dictum: It is difficult to get a man to understand something when his salary depends on his not understanding it. But it also, I think, reflects distaste for the implications of the numbers, which seem almost like an open invitation to class warfare — or, if you prefer, a demonstration that class warfare is already underway, with the plutocrats on offense. Paul Krugman, New York Times, 1-19-14.