Amid compilations of noble, Theodore Sorensen-sculpted prose from our 35th president, there rarely appears an off-the-cuff John F. Kennedy remark beloved by political junkies: “Don’t get mad. Get even.” It can serve as one defining mark of Seattle’s 2013 election. The best political feuds currently going during Seattle’s 2013 election cycle include:

The Washington State Board of Education has denied a request by Seattle Public Schools to shorten its 2013-14 school calendar by three days. Seattle schools had applied for three additional waiver days, which would have allowed the district to bypass the state requirement that it provide 180 days of education to students. The district had hoped to use the waiver days for teacher professional development—days when the teachers come to school, but students don’t. Teachers and administrators say the time is vital for developing curriculum, and for discussing teaching plans for individual students. Seattle’s school calendar had been in flux while the district awaited the board’s ruling. KING, 7-18-13. 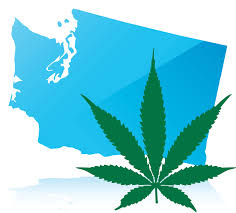 Frank Blair, at podium at right, joined by his wife Carol, speaks Thursday at a bill signing ceremony for a measure signed by Gov. Jay Inslee that will more closely monitor motorists who repeatedly drive under the influence of alcohol in Washington state. The Blairs lost their daughter Sheena Blair in 2010 to an accident involving a wrong-way driver. Looking on at left are Marilyn Schulte and her brother Dan Schulte, as well as Gloria Tellez, third from left, all whom have lost loved ones to accidents involving impaired drivers.

Joined by family members of victims, Governor Jay Inslee signed SB 5912 into law  Thursday, which toughens impaired driving laws in Washington after a spate of fatal crashes. Inslee, who was joined by lawmakers and law enforcement officials, said the state was taking an important step in strengthening laws to protect people. In attendance at the bill signing were Frank and Carol Blair of Tacoma, who have been actively working with law enforcement and legislative leaders to strengthen DUI laws since their daughter Sheena, 24, was killed by a drunk driver in 2010. Frank Blair said the new law is a message to people who drink and drive. “Your state is now going to hold you accountable, more than ever,” he said. Olympian, 7-18-13.

Those who wonder what public school teachers do all day are going to get an answer. Tucked deep in Washington’s new two-year budget is money for a study to find out what a “typical work day” looks like for thousands of teachers toiling away in the state’s 295 school districts. Lawmakers specifically want “an estimate of the percent of a teacher’s typical day that is spent on teaching-related duties and the percentage of the teacher’s day that is spent on duties that are not directly related to teaching.” “It’s an old question that no one has ever answered with data,” said Linda Schactler, director of public affairs for Central Washington University, which will conduct the study. “We’ve answered it with anecdotes. We think we know but we haven’t actually done the research.” Rep. John McCoy (D-38) proposed the study because he was tired of listening to the back-and-forth in front of the House Education Committee. “I got frustrated at the unfunded mandates,” he said. “During the session there were some folks trying to add requirements to the teacher’s work day. I said they’re full.” Everett Herald, 7-18-13. Pennsylvania Attorney Gen. Kathleen Kane announced last week that she will not defend the state’s ban on same-sex marriage.

Once state legislation is passed, it’s usually up to the governor and attorney general to see that the law is implemented. But in several high-profile cases around the country, top state officials are balking at defending laws on gay marriage, immigration, and other socially divisive issues—saying the statutes are unconstitutional and should not be enforced. In Pennsylvania, for example, Attorney General Kathleen Kane (D) says she won’t defend the state’s ban on same-sex marriage in federal court. In Hawaii, Gov. Neil Abercrombie (D) filed court papers calling that state’s gay marriage ban unconstitutional. And in Indiana, Attorney General Greg Zoeller (R) has come under fire from conservatives for refusing to defend a portion of that state’s immigration law. He said a recent Supreme Court ruling on a similar Arizona provision means that Indiana’s law is unconstitutional. Attorneys general routinely have to decide whether laws facing legal challenges are constitutional. But in recent years, the high-profile nature of political battles over same-sex marriage and other social issues have put many of their decisions in the spotlight. The phenomenon appears likely to spill over into the 2014 elections. Washington Post, 7-18-13.

GOP says our congresswoman is in trouble — in Illinois

The National Republican Congressional Committee churns out daily news releases denouncing likely-to-be-targeted Democratic members of Congress, relentlessly negative and written in boilerplate language that does not vary from target to target. In denouncing first-term Rep. Suzan DelBene (D-WA-1), however, the NRCC accidentally shed light on its longtime clumsiness toward the politics of this Washington. It said she was out of touch with the people of Illinois. The subject was the 38th and 39th vote that the Republican-run House has taken to repeal or eviscerate the Affordable Care Act, aka. Obamacare. The boilerplate release did not strike fear in the heart of DelBene and her staff. “I suppose the NRCC makes a reasonable point,” said aide Viet Shelton. ”DelBene does indeed prioritize Washington voters over Illinois voters. She hopes the people of Illinois are not terribly offended by this.” Seattle P-I, 7-18-13.

These ads could finally break the GOP on immigration 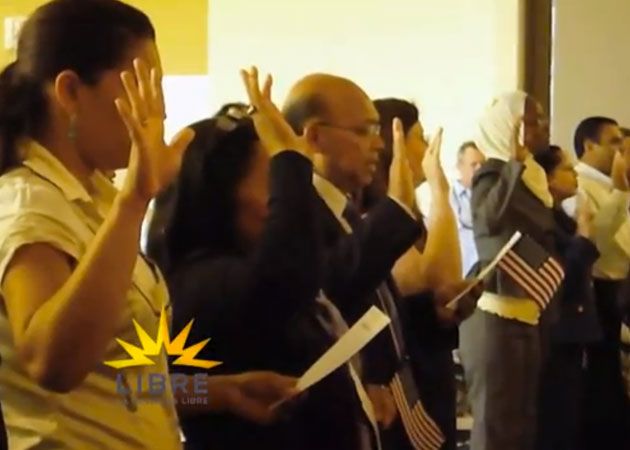 In the House, a vote on immigration is not expected before the August recess. That means it may wait until late in the year, or maybe even until 2014, because of pressing budget issues on the agenda this fall. But it also means that immigration reform groups will have more time to pressure House Speaker John Boehner and other Republican lawmakers into finally allowing a vote on legislation that includes a path to citizenship for the country’s 11 million undocumented immigrants. So far, Republican leaders have pushed piecemeal bills focused largely on enforcement measures, and have considered a path to citizenship only for undocumented immigrants brought into the country as children. Increasingly, they are the target of ad campaigns aimed at breaking the conservative obstruction. Mother Jones, 7-18-13.