Constantine vows to help veterans connect with benefits in 2013

As part of his State of the County address yesterday, the King County Executive  presented a plan to “connect military veterans and their families to benefits they’ve earned.” Four of every ten veterans say they have little or no understanding of their benefits or how to access them. West Seattle Herald, 2-4-13

The budgets of some Seattle day centers that provide showers, laundry facilities and job assistance for the homeless are getting cut in order to fund two new centers. The city says the new funds hadn’t been appropriated when they were finalizing the day-center grants despite a council directive to the Human Services Department that it “expedite the allocation of these funds.” Seattle Times, 2-3-13

The Graham Hill staffers state: “The MAP can reveal, with less than complete accuracy, who is excelling and who is struggling academically. This information is already known by teachers by the end of September.” Seattle-King County NAACP President James Bible writes, “We believe that the MAP test leads to inequitable results and opportunities. As a result, we believe that the test should be suspended and the teachers should be supported.” Seattle Weekly, 2-4-13.

While installation of 30 federally funded, Seattle Police-run cameras continues – with 9 up as of the end of last week, according to SPD – who will operate them and who will have access to them is not yet decided. That’s according to SPD’s Special Operations Bureau commander, Assistant Chief Paul McDonagh. West Seattle Blog, 2-4-13.

The Kenmore City Council unanimously requested mitigation resources from the state to address the effects of regional tolling at the city’s Jan. 28 meeting. And the city might be getting help from a new and somewhat unexpected ally – the chair of the House Transportation Committee, Rep. Judy Clibborn (D-41). Bothell Reporter, 2-4-13.

The state Democratic Party Saturday, at its reorganization meeting in Olympia,  censured State Sens. Rodney Tom (D-48) and Tim Sheldon (D-35) for “gross disloyalty”  and “perfidious behavior,”  and told the dissidents that they will never again get a dollar of support or access to a party mailing list. Seattle P-I, 2-4-13.

A bill sponsored by a Sequim Democrat in the state House would allow counties to ban net pen aquaculture. The one-page bill, HB 1599, filed last Thursday by state Rep. Kevin Van De Wege, (D-24), says: “Master programs may include provisions for siting or prohibiting the siting of marine aquaculture net pen facilities.” County officials want to ban the practice. The Department of Ecology has ruled that counties do not have that authority. Peninsula Daily News, 2-3-13.

Whatcom County and the city of Ferndale have written letters to the U.S. Bureau of Indian Affairs opposing Lummi Nation’s move to get trust land designation for an 80-acre site south of Slater Road and west of Interstate 5. The land had been mentioned as a possible site for both a new county jail and a new Costco store before the tribe acquired it from Ralph Black and family for a reported $5.4 million in late 2011. Tribal trust designation would move the parcel out of city, county and state jurisdiction and take it off property tax rolls. Bellingham Herald, 2-4-13.

Two years after losing one of their most important legislative battles in years, when tuition-setting authority passed, students have momentum to achieve major success this year. HB 1624, sponsored by Rep. Gerry Pollet (D-46), higher-education committee vice chair, would cap future increases at the 12-month percentage change of the personal consumption expenditures price index, which is analyzed by the federal government. UW Daily, 2-4-13. 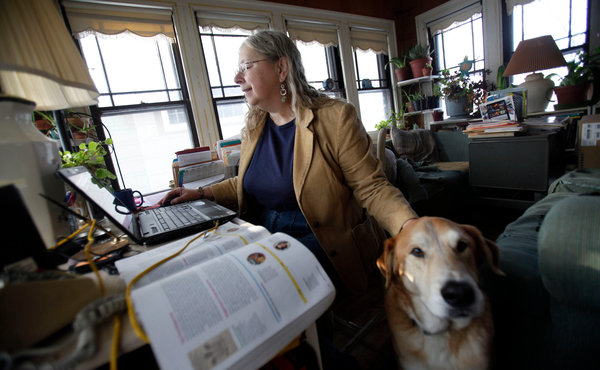 In the current listless economy, every generation has a claim to having been most injured. But the Labor Department’s latest jobs snapshot and other recent data reports present a strong case for crowning baby boomers as the greatest victims of the recession and its grim aftermath. These Americans in their 50s and early 60s — those near retirement age who do not yet have access to Medicare and Social Security — have lost the most earnings power of any age group. New York Times, 2-2-13.

This Sunday, legislative attempts to restrict union power found an audience among

Super Bowl viewers. Football fans in the Washington, D.C. area were treated to an anti-card check ad from the conservative Center for Union Facts (CUF) right before kickoff. The “Employee Rights Act,” co-sponsored by Sen. Orrin Hatch (R-UT) and promoted in CUF’s Super Bowl commercial, would amend the National Labor Relations Act to make secret ballot elections virtually mandatory. The revised language would make it so that employees’ bargaining representatives would necessarily be “selected by secret ballot in an election conducted by the Board.” MSNBC, 2-4-13.

The federal government wants to create super WiFi networks across the nation, so powerful and broad in reach that consumers could use them to make calls or surf the Internet without paying a cellphone bill every month. The proposal from the Federal Communications Commission has rattled the $178 billion wireless industry, which has launched a fierce lobbying effort to persuade policymakers to reconsider the idea, analysts say. Washington Post, 2-3-13.

Vast Oil Reserve May Now Be Within Reach, and Battle Heats Up 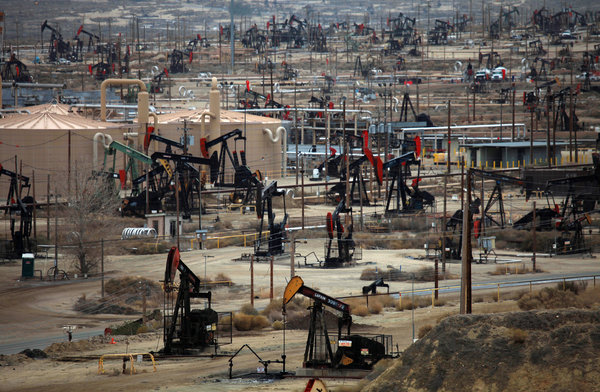 Comprising two-thirds of the United States’s total estimated shale oil reserves and covering 1,750 square miles from Southern to Central California, the Monterey Shale could turn California into the nation’s top oil-producing state and yield the kind of riches that far smaller shale oil deposits have showered on North Dakota and Texas. Environmentalists are determined to stop it. New York Times, 2-3-12.

Sour GDP numbers send a clear signal that the economy is too fragile to withstand a sudden shift to fiscal austerity. But Congress doesn’t seem to be getting the message. If Congress is determined to cut federal spending now at all costs, it may be chagrined to find how much it costs the economy. Los Angeles Times, 1-31-13.

The Other GOP Plan To Blow Up The Electoral Vote

GOP efforts to rig the Electoral College in favor of GOP presidential candidates may be close to dead, but a group of Republicans are hard at work at another plot to blow up the system: switch to the popular vote. Although more closely associated with progressive circles in recent years, the idea has a number of conservative activists behind it as well. And there are signs it’s gaining momentum. Talking Points Memo, 2-4-13.