A dog’s breakfast of endorsements in Seattle mayor’s race 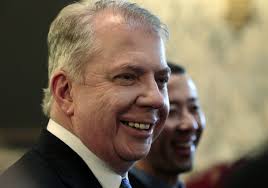 With multiple ballots, Rube Goldberg rules, runoffs, and super-majority requirements, Seattle Democrats’ endorsement meetings seem choreographed by a secret committee made up of five bores and a sadist. Endorsements in the contest for Seattle mayor, by Democrats and a variety of liberal, labor, and environmental groups, are confusing rather than clarifying the race as they yield results all over the spectrum. The King County Democrats Tuesday voted to endorse no fewer than three challengers — State Sen. Ed Murray, City Councilman Bruce Harrell, and ex-Councilman Peter Steinbrueck.  Only incumbent Mayor Mike McGinn, among major contenders, was left without a seat in the game of musical chairs. Multiple endorsements seem to be the craze. Joel Connelly, Seattle P-I, 5-29-13.

Public not told of radiological contamination in Magnuson Park

State Rep. Gerry Pollet has expressed concern with a plan to clean up several radiological hot spots — like the area around building 12 in background — found at Magnuson Park, a former naval station.

The Seattle Department of Parks and Recreation discovered radiological contamination in Magnuson Park in 2009 and fenced off the area but did not publicly announce the problem, officials acknowledged in an unusual public meeting Wednesday night. The park is governed by federal law because it served as a naval station for decades before being transferred to the city of Seattle in the late 1990s. Proposed cleanup would include the demolition of a vacant shed adjacent to the gym and the removal of soil surrounding it and another building. On Wednesday, the proposal drew criticism from a group of environmentalists and concerned local residents at the meeting. The group, organized by state Rep. Gerry Pollet (D-46), turned the scheduled open house-style meeting into a shouting match and quasi-interrogation as attendees accused federal, state and local officials of covering up the contamination and planning an insufficient cleanup. Seattle Times, 5-29-13.

A rolling nationwide strike of fast food restaurants hit Seattle Wednesday night, as workers at a Ballard Taco Bell walked off the job to demand higher wages and the right to organize without retaliation. “It’s the right thing to do, and that’s all it comes down to,” 21-year-old Caroline Durocher told me while preparing for the 8 p.m. to 2 a.m. shift on which she earns the Washington State minimum wage of $9.19 an hour. Local organizers expect workers at dozens of Seattle outlets representing several national fast food chains to join Taco Bell workers tomorrow in a citywide strike. Similar fast food strikes have already hit New York City, central Pennsylvania, Chicago, Detroit, and St. Louis. But while these one-day strikes are related, they are organized locally by coalitions of community groups. In Seattle, organizers from Good Jobs Seattle—a campaign supported by OneAmerica, Washington CAN, and labor-backed Working Washington—reached out to local fast food workers and found them quickly receptive. The Stranger, 5-29-13. 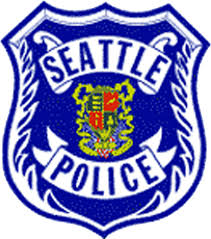 A  federal civil-rights lawsuit against the city of Seattle filed Wednesday alleges that a Seattle police officer “shoved, threatened and menaced” a man during an investigation that had nothing to do with him. The suit, brought by Ismail Abdella, 19, also alleges that the officer, Clayton Powell, later threatened him at a South Precinct holding cell. The suit stems from a high-profile incident in August in which a video that was later posted on YouTube showed Powell repeatedly shoving Abdella during a heated confrontation that erupted while police were investigating a pellet-gun shooting. Seattle Times, 5-29-13.

State Sen. Mike Carrell (R-28) died Wednesday morning. The Lakewood Republican was 69. In a statement, the Senate Majority Coalition Caucus said Carrell was surrounded by family and friends at the University of Washington Medical Center when he died at 10:35 a.m. of lung complications stemming from medical treatment. Earlier this year, Carrell entered into treatment for myelodysplastic syndrome or MDS, a pre-cancer condition often leading to leukemia. He received a bone-marrow transplant from his brother last month. Tacoma News Tribune, 5-29-13.

I-5 bridge over Columbia listed as ‘fracture critical’

The Interstate 5 bridge from the Oregon side looking northwest toward Washington.

Both spans of the Interstate 5 Bridge over the Columbia River are considered “fracture critical” by the Oregon Department of Transportation, meaning if one crucial part of the bridge sustains a big enough blow, the bridge could collapse. It’s a designation the bridge shares with many bridges in both Oregon and Washington, and with the I-5 Skagit River Bridge that collapsed last Thursday evening. The Oregon Department of Transportation, which is tasked with maintaining the I-5 Bridge between Portland and Vancouver, has released a fact sheet about Oregon’s bridges following Thursday’s nonfatal bridge collapse. In it, the I-5 Columbia River bridge is categorized as a bridge without safety redundancies or backups that would prevent it from collapsing if part of a bridge truss is damaged or removed. Vancouver Columbian, 5-28-13.

Student services employees at Evergreen State College in Olympia went on strike Tuesday after failing to reach an agreement with administrators regarding firing procedures and pay. The 57 Evergreen employees, who include resident advisers, academic counselors, and athletic coaches, were joined by a few hundred supporters from the state employees union, the Evergreen faculty union, and on-campus student organizations. Together they formed picket lines at 12 locations on the Evergreen campus, said Tim Welch, spokesman for the Washington Federation of State Employees. Demonstrators allowed cars to enter the campus Tuesday, though they slowed traffic and encouraged drivers to turn around and not cross the picket lines. Olympian, 5-29-13.

After just 14 months on the job, the President of Washington River Protection Solutions (WRPS),  the federal government’s contractor in charge of managing the underground nuclear waste storage tanks at Hanford, has suddenly announced his retirement. Mike Johnson sent an e-mail to WRPS employees Wednesday afternoon to say he will retire at the end of June. Johnson did not give a reason for leaving his post. WRPS has been at the center of a multi-part series by the KING 5 Investigators, “Hanford’s Dirty Secrets.” The reports exposed that WRPS ignored scientific evidence and advice from veteran employees that a double-shell tank was leaking nuclear waste at Hanford for nearly a year. After discounting the red flags of a leak, the company and the U.S. Dept. of Energy confirmed the tank, known as AY-102, was indeed leaking the most hazardous material on the planet from its primary tank into the safety space of the million gallon vessel on October 22, 2012. “I think this retirement must be connected to the handling of AY-102,” said WRPS instrument technician Mike Geffre, who first discovered the leak in October of 2011. KING5.com, 5-29-13. 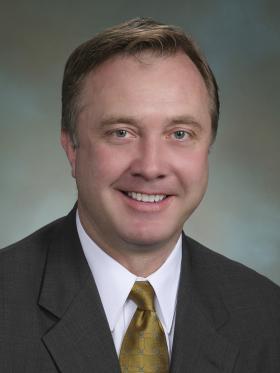 Washington state lawmakers are barred from accepting gifts intended to influence their vote. But there’s an exception to that rule. Members of the Legislature are allowed to accept free food and drinks if it’s related to their official duties, but only on an “infrequent” basis. However, a public radio investigation, conducted in cooperation with Associated Press, reveals that dozens of state legislators frequently accept meals from lobbyists. And many of them do so even while collecting taxpayer-funded per diem payments. f there were a frequent flyer program for lawmakers who allow lobbyists to entertain them, Sen. Doug Ericksen (R-42) would be racking up the miles. In the first four months of this year, lobbyists report the Republican chair of the Senate Energy Committee attended 62 meals, receptions, and other lobbyist-paid events with a combined estimated value of more than $2,000. That’s more than any other Washington state lawmaker in our database, and an average of one lobbyist event every other day. KPLU, 5-29-13.

Putting Don Benton in charge of Clark County’s environment is kind of like asking Boss Hogg to chair the Hazzard County Ethics Commission. Just a tad counterintuitive. Word from the Public Service Center is that Boss Benton wants to change the Department of Environmental Services to the Department of Paving, Pollution and Pesticides. Yes, sir, every time ol’ Foxy Don enters the henhouse, the chaotic clucking crescendoes to Code Red decibels. Of course, County Commissioners David Madore and Tom Mielke are smart enough—well, we know Madore is—to have known on May 1 that christening their state senator crony as local environment czar would unleash waves of protest. This self-inflicted infamy will not subside soon. It will only grow like a fungus on these three characters, especially as the public learns more about Boss Benton’s ALEC badge. John Laird, Vancouver Columbian, 5-26-13. (It took some doing, but when these guys are too right-wing even for the Columbian, that’s saying something.)

Federal income tax breaks disproportionately benefit wealthier households, according to a report issued Wednesday that is certain to become ammunition in the budget battles as Congress debates the best ways to reduce Washington’s deficits. The nonpartisan Congressional Budget Office found that the top 10 major tax breaks “are distributed unevenly across the income scale,” with the top 1% of households — those who make more than $450,000 a year — receiving more than 17% of the savings in 2013. Totaling $900 billion a year, the top tax breaks include the mortgage-interest deduction, the low rate on dividends and capital gains, breaks for charitable giving and the tax-free status of employer-sponsored healthcare plans. The report, requested by Democrats on the tax-writing House Ways and Means Committee, comes as Congress slowly returns to the debate over federal spending. Los Angeles Times, 5-29-13.

Bill Gates: Because “enough” is for the little people

A $100 million database set up to store extensive records on millions of public school students has stumbled badly since its launch this spring, with officials in several states backing away from the project amid protests from irate parents. The database, funded mostly by the Bill & Melinda Gates Foundation, is intended to track students from kindergarten through high school by storing myriad data points: test scores, learning disabilities, discipline records – even teacher assessments of a child’s character. The idea is that consolidated records make it easier for teachers to use software that mines data to identify academic weaknesses. Games, videos or lesson plans would then be precisely targeted to engage specific children or promote specific skills. (And people still can ask, with straight faces, how Gates would make money from this?) Reuters, 5-29-13.