(Daily Clips will not publish Wednesday, May 29, so that the editor can attend the May meeting of the King County Democratic Central Committee. See you there.)

A view from the Mount Vernon side of the Skagit River shows a crane on a barge Sunday at the scene of the I-5 bridge collapse.

For farmers, business owners, and government officials up and down the West Coast, Washington’s bridge collapse on Interstate 5 represents much more than a close brush with tragedy. An estimated $20 billion in freight travels to and from Canada and along the busy north-south corridor each year. People in Canada won’t go hungry if no Washington apples are trucked to them. But the American apple farmers may feel a pinch, said Don Alper, director of the Border Policy Research Institute at Western Washington University in Bellingham. “It’s a huge commercial artery,” Alper said. “If things happen to it, it can have huge economic ramifications.” In 2012, nearly 1.9 million Canadian vehicles crossed that bridge. Those numbers have increased significantly since 2001, with Canadian traffic coming south more than doubling during that time. Associated Press (Everett Herald), 5-27-13.

An oversize load pilot vehicle with a high pole

An Ephrata pilot car driver, who was called to help escort the same truck that brought down the Skagit River bridge last Thursday, calls the incident “preventable.” Herb Reynolds, a veteran pilot driver, said Monday he was asked to help guide the Mullen Trucking rig over Snoqualmie Pass. Medical issues kept him off the job, but he questions why the truck driver kept going over the crossing despite height concerns. Pilot car drivers across Washington told KING 5 the bridge collapse is perplexing and concerning. Investigators with the National Traffic Safety Board said Sunday they were still trying to interview the woman who was piloting the doomed truck along Interstate 5 from Canada. KING 5 News, 5-27-13.

Not long after an earthquake dislodged chunks of concrete from the Alaskan Way Viaduct in Seattle, state lawmakers pushed through a nickel increase in the gas tax. Now, with jarring images of twisted steel and submerged vehicles from Thursday’s bridge collapse fresh in the public’s mind, another group of lawmakers is trying to raise billions of dollars for transportation with a 10-cent increase. “It is not a scare tactic,” said Sen. Tracey Eide (D-30), a co-chair of the Senate Transportation Committee. “Things cost money to fix. We need to make sure every damn bridge in this state stays safe. I don’t want anyone to think twice when they are going over a bridge.” Opponents aren’t wavering. They say no amount of gas tax increase or added spending could have prevented what occurred in the Skagit River. The bill has been stalled and not received a vote in either chamber. Everett Herald, 5-26-13.

By Michael Hill’s estimation, 90 percent of the people pumping gas at his station just south of the U.S.-Canada border in Washington state are Canadians. Gas north of the 49th parallel, he said, is about $1.30 per gallon more expensive than in the United States. But that’s not the only product that Canadians seek in visits to Washington state: Beer, wine and milk are significantly cheaper (beer and wine alone are roughly half the price in the U.S.). Add a strong Canadian dollar and the result is a key element of the economy in the towns of Whatcom County. That’s why Hill and others are troubled by the notion of charging a fee to enter the U.S. by land. Last month, in its 2014 fiscal year budget proposal, the Department of Homeland Security requested permission to study a fee at the nation’s land border crossings. Associated Press (Peninsula Daily News), 5-27-13. 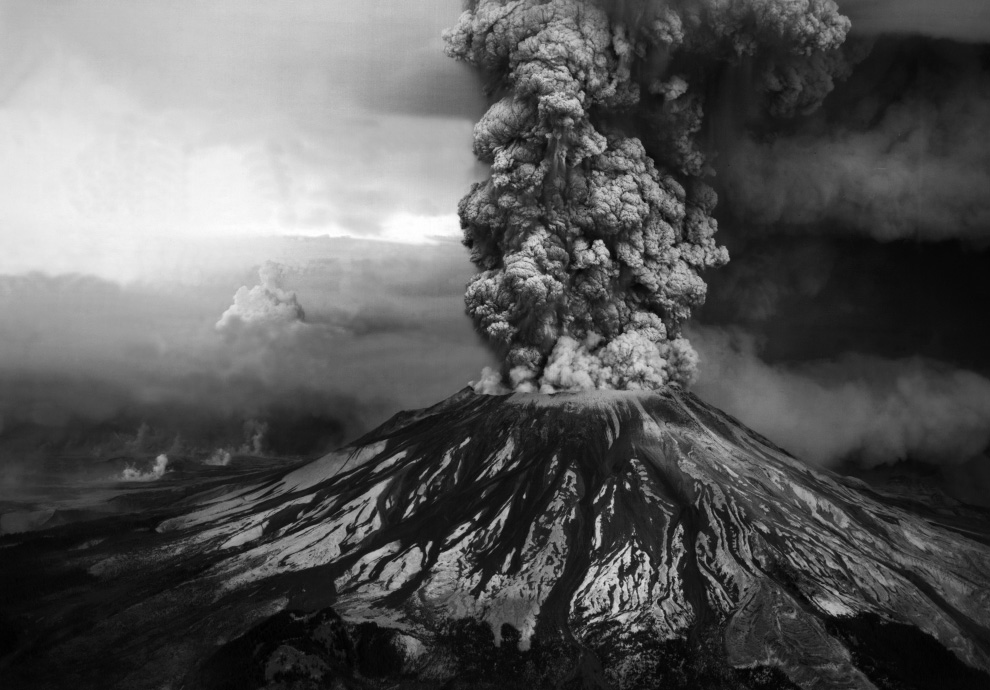 The Cascades Volcano Observatory in Vancouver has lost about 40 percent of its operating budget this year due to sequestering of federal funds and other budget cuts, according to the U.S. Geological Survey. There’s still enough money to monitor Mount St. Helens, but funding cutbacks have delayed equipment upgrades and prevented the agency from expanding its monitoring of Pacific Northwest volcanoes, said John Ewert, scientist in charge of the observatory. Federal scientists in particular want to improve their monitoring of Glacier Peak in Northwest Washington, which, after Mount St. Helens, is the most likely volcano to erupt next, Ewert said. The helicopter budget — which is used to fly USGS scientists into the crater and other remote locations around Mount St. Helens — has been trimmed by half, Ewert said. So far no positions have been cut, but the Vancouver-based observatory has instituted a hiring freeze and reduced training, and some employees may need to be furloughed. Longview Daily News, 5-26-13.

The Seattle Police Department has admitted it violated the state Public Records Act by withholding from The Seattle Times an internal memorandum about the department’s response to the violent demonstrations of May Day 2012, and has agreed to pay $20,000 to the newspaper and its attorneys to avoid a lawsuit over the issue. In a settlement agreement signed by Interim Police Chief Jim Pugel, the SPD “acknowledges that it had a duty to either produce the [report]” or cite a valid Public Records Act (PRA) exemption to its release. The Times filed a public-disclosure request for the memo in July after learning it contained a blistering internal review of the May Day response, particularly the interference in operational decisions by Assistant Chief Mike Sanford. The memo resulted in the SPD hiring an outside expert to review what happened. Department commanders “believed that the report was subject to the deliberative process exemption, and that premature disclosure would prejudice the independent review,” according to the SPD statement. But rather than informing The Times of that decision, as required by the Public Records Act, and giving the newspaper a chance to challenge the exemption in court, the department never officially acknowledged the memorandum existed. Seattle Times, 5-27-13.

Leaders of UW Medicine, surprised by a barrage of criticism over a plan to affiliate with a Catholic system, are attempting to assure critics that the arrangement would not limit its services, particularly reproductive care or end-of-life services barred by Catholic ethical directives. In a letter to UW Medicine board members late last week, Dr. Paul Ramsey, CEO of UW Medicine and dean of the University of Washington School of Medicine, referred to confusion over the proposal. In the letter, which was quickly circulated among UW hospitals and employees, Ramsey said the planned “strategic affiliation” with PeaceHealth, a three-state system founded by the Sisters of St. Joseph of Peace, was “not like the merger of Providence (Health & Services) and Swedish (Medical Center), under which Providence is now responsible for the governance of Swedish.” Seattle Times, 5-26-13.

Bellevue City Council members, writing a long-awaited ethics code to govern their own conduct, are deeply divided over what constitutes a conflict of interest. The council is split along the same fault line that defined an earlier battle over the proposed route of light rail through Bellevue. That bitter debate in 2010 and 2011 was punctuated by claims from citizens and some council members that participation in the decision by other members conflicted with their outside interests. Even before investigations were launched into alleged conflicts involving three council members, the council agreed it was time for the city to adopt its own ethics code. The council will resume deliberations on a proposed ethics ordinance Tuesday — two weeks after it approved an amendment that would severely reduce the scope of the ordinance and, in the view of some members, render it meaningless. Seattle Times, 5-26-13.

In addition to producing 787 Dreamliners at an ever-increasing rate and preparing to resume deliveries after a nearly five-month drought, the North Charleston plant played host over the weekend to the company’s annual investor conference. Keen-eyed financial analysts toured the local factories before retiring to Kiawah for the rest of the event, which included presentations by Boeing’s top executives in town from Chicago and Seattle. Even with all that going on, however, Jack Jones, the boss of the local plane-making complex, had something else on his mind. And he let his workforce know, in a Tuesday afternoon email titled “The IAM is back, and they want your money.” That’s right. Jones wanted to talk union. He had gotten wind that the International Association of Machinists & Aerospace Workers had “recently contacted some of you yet again trying to convince you to sign a union card or vote for union membership.” “I want to be clear that it’s Boeing’s desire to remain union-free in South Carolina so we can keep the open culture of collaboration between teammates that we’re all working hard to build,” Jones wrote. Charleston Post and Courier, 5-26-13.

Korea pact great for Washington, not so hot for rest of US

More than a year after it took effect, a highly touted trade deal with South Korea has failed to produce as expected for the U.S.: Exports are down, imports are up and the trade deficit with the Asian economic powerhouse has ballooned. In Washington state, where global trade is now linked to 2 of every 5 jobs, trade backers are happy: Exports of aircraft and parts to Korea rose by more than 75 percent last year, and Koreans are gobbling up more of the state’s prized cherries and apples. But across the nation, the picture looks far bleaker. Overall, U.S. exports to Korea from March 2012 to this February fell to $42 billion, a 6 percent decline from the previous one-year period, according to the Office of the U.S. Trade Representative. During the same time, Korean imports increased by 4 percent. McClatchy DC Bureau (Olympian), 5-27-13.

A penny for Penny Pritzker’s thoughts

U.S. Secretary of Commerce-designate Penny Pritzker is a billionaire Chicago hotel and real estate mogul, and linchpin of the Windy City’s “Ladies who lunch” group that fostered Barack Obama’s political career.  She was Obama’s national finance chair during the 2008 campaign. Up before the Senate Commerce Committee last Thursday for a confirmation hearing, Pritzker was given an easy ride even by such ungentlemanly lawmakers as Sen. Ted Cruz (R-TX).  Sen. Claire McCaskill (D-MO) got off the day’s best line when she told the Cabinet nominee:  “It’s obvious you’re not here for a paycheck.” The jollies ended when Sen. Maria Cantwell (D-WA) began questioning Pritzker.  The Secretary of Commerce, among other duties, is boss of the National Weather Service and the National Oceanic and Atmospheric Administration — the key federal agency that overseas preservation and recovery of salmon runs. Cantwell was able, at least, to lay down a marker that Pritzker had best bring herself up to speed as a weather manager, and as protector of the great Bristol Bay salmon runs in Alaska. Seattle P-I, 5-23-13.

For 48 hours last week, a highly coordinated virtual “iMarch” on Washington promoting immigration reform swamped Twitter, generating thousands of tweets that landed more than a half billion times, according to organizers, making it among the largest social media advocacy efforts. Beyond showing the muscle behind pro-immigration forces, the event represented the culmination of years of savvy and relentless efforts by Latino activists to mobilize supporters through social media, and draw undocumented immigrants out of the shadows to maximize political leverage. Members of Congress critical of the immigration overhaul legislation being debated found their Twitter accounts inundated with hundreds of messages like this one directed at Republican Sen. Ted Cruz of Texas:“@TedCruz /I’m from TX & #iMarch b/c #immigration reform secures our borders and creates jobs Texas.” Cruz was bombarded with 300 tweets from pro-reform constituents. Politico, 5-27-13.