How the Democrats can avoid going down this November: The new science of Democratic survival 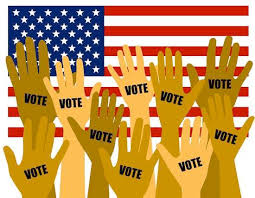 In one very measurable and consequential sense, there are two Americas. There is the America that votes in presidential elections, which has helped Democrats win the popular vote in five out of the last six cycles and supports the view that Hillary Clinton can continue that streak should she run. Then there is the America that votes more regularly, casting ballots in both presidential and midterm years, which led to the Republican wave in 2010 and gives its party’s leaders reason to be so sanguine about their odds this time around. There are about 127 million people in that first category, and among their number is the ascendant coalition—young and diverse, urban and mobile—that now gives Democrats a huge advantage in presidential races. But only 78 million of those people, or about 40 percent of the country’s voting-age population, belong to the group that goes to the polls every two years, and those regular voters carry a considerably more conservative cast. (The number of unregistered voters is almost as large.) New Republic, 4-27-14.