The U.S. Department of Education is investigating whether Seattle Public Schools discriminates against African Americans by disciplining them “more frequently and more harshly than similarly situated white students,” department spokesman Jim Bradshaw said Tuesday. The “compliance review” began in May but didn’t become public knowledge until it was reported Tuesday by KUOW radio. District Superintendent José Banda acknowledged problems with student discipline — and said he intends to do something about them. Banda pledged cooperation with the investigation and said he expects the Department of Education will find disproportionate disciplining of black students. Seattle Times, 3-5-13. 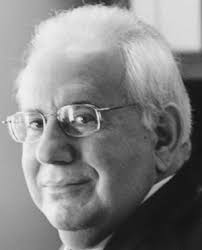 Merrick Bobb, the independent monitor who will track Seattle police reforms, submitted to a federal judge today his proposed first-year plan for carrying out sweeping changes to curb excessive force and biased policing. Bobb’s proposed plan, outlined in a 23-page document, said he will monitor that use of force is properly documented and investigated. It also said that Bobb will gauge “levels of confidence and trust by all members of the diverse community” in the Police Department, as measured by surveys, rates that crimes are cleared, cooperation from witnesses, and full implementation of community-based policing at the precinct level, with particular emphasis on the African-American and other minority communities. Mayor Mike McGinn, in a separate action, issued a pointed news release saying the city will not agree to the plan until he gives his written authorization to City Attorney Pete Holmes. Seattle Times, 3-5-13. 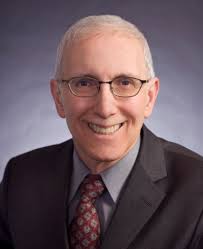 The Seattle City Council will introduce a bill Wednesday that, in essence, smacks Mayor Mike McGinn and the Seattle Police Department for surreptitiously setting up video surveillance programs (in residential areas, rather than around Port facilities, as the Council had signed off on) over the past few years. The bill would require the council’s approval for any new surveillance systems. Introduced by Council members Nick Licata and Bruce Harrell, the bill notes the “benefits of such technologies should be weighed against the potential downsides, including impacts on privacy.” It would require city departments to obtain the council’s approval—beginning in committee and the advancing to a full council for a vote—before acquiring surveillance equipment. Furthermore, the council would need to approve, in advance, how the equipment could be used, where it could be set up, the methods for storing the data, and who could access those data. Stranger, 3-5-13. So far, the “thorough public vetting” of the surveillance cameras awaiting activation in Alki and elsewhere has consisted of two events: A committee briefing at City Council two weeks ago and one at the Alki Community Council‘s board meeting in West Seattle the next night. It’s been three weeks since the mayor made the “thorough public vetting” promise. At both briefings two weeks ago, SPD reps mentioned a plan for public forums – still no dates or other details. SPD Public Affairs said Tuesday morning they haven’t heard yet either. West Seattle Blog, 3-5-13.

State Rep. Roger Freeman (D-30) is preparing for chemotherapy this week. However, the former Federal Way City Councilman said he will not call it the “c” word – cancer – just yet. He awaits more information from doctors on an official diagnosis. “This is just a medical challenge and health challenge we’re going through,” Freeman told The Mirror. “The prognosis is good, we know that.” A visit to his doctor last month about a cough ended up revealing a problem in his lungs, he said, and was told that “whatever this thing is, it needs chemotherapy.” After undergoing scans and blood tests, Freeman expects doctors to confirm specific details on his condition in the next week or so. Freeman expects to serve his term. Federal Way Mirror, 3-4-13.

The Port of Seattle Commission has selected Courtney Gregoire to an open seat on the five-member commission. Gregoire, 33, of Seattle, is an attorney for Microsoft and the daughter of former Gov. Christine Gregoire. The commission selected Gregoire from a field of 29. She was one of five finalists for the seat, left open when former Commissioner Gael Tarleton joined the state House of Representatives. Gregoire will have to run to retain the seat in November. If voters choose her, she will serve a two-year term. Seattle Times, 3-5-13.

Garfield Elementary School kindergarteners, including Alejandro Ramirez, front, put their hands on their heads during a language class taught by Leah Meiser March 4, 2013. Meiser has 26 students in her class, two more than the number she’s technically allowed to teach, according to her contract. While there are a number of education-related bills pending in the state legislature, an initiative passed in 2009 limiting class size still isn’t being met.

At Garfield Elementary School in Yakima, the two Spanish-language kindergarten classes are filled beyond capacity at 26 students, two more than the district’s negotiated contract calls for. All three fourth-grade classes are at the maximum of 29 students, and other classes are close. Big classes are common in schools throughout the Yakima Valley. Class size is one of many issues on the table this year in Olympia, where legislators are supposed to be fixing the way they fund education. While some lawmakers see potential for a solution this session, not all stakeholders are convinced that the Legislature is doing the work necessary. Yakima Herald-Republic, 3-5-13.

Two key figures in Washington’s legal pot law said there’s nothing new or particularly relevant in the call from eight former DEA chiefs to nullify new pot laws in Colorado and Washington. The author of Washington’s new law, Alison Holcomb, said the anti-drug warriors are reprising the same arguments they used in campaigns against the two states’ new laws last year. “They’re not raising new issues. They’re arguing we need to stick with the status quo,” said Holcomb, drug policy director for the ACLU of Washington. The federal war on drugs has been an “abject failure,” said Rep. Chris Hurst (D-31), who leads state House oversight of the new law. Hurst accused the ex-DEA chiefs of “irrelevant meddling.” A former narcotics detective, Hurst said Washington residents have the right to determine their destiny. “I stand with the citizens of Washington to try and get it right,” said Hurst, a retired police officer. Seattle Times, 3-5-13.

Sen. Jeanne Kohl-Welles (D-36) speaks on the Senate floor Monday, March 4, urging the Senate to support her bill to fine pimps an additional $5,000 if they advertise an underage prostitute online.

A proposal to more harshly punish pimps who advertise underage girls on the Internet cleared the state Senate Monday. SB 5488 would impose a mandatory $5,000 fine on anyone convicted of commercial sexual abuse of a minor or promoting commercial sexual abuse of a minor. The fine would be in addition to prison time and other standard penalties already associated with those felonies. “What we need to do, ladies and gentlemen, is to do everything possible to send a message to traffickers, to pimps, that our children are not for sale,” said Sen. Jeanne Kohl-Welles (D-36), the bill’s prime sponsor. Tacoma News Tribune/Olympian, 3-4-13.

The International Longshore and Warehouse Union, Local 4, has filed an Unfair Labor Practice charge against Mitsui-United Grain for the company’s lockout of its workforce at the Port of Vancouver USA that began on Feb. 27. The union asserts that Mitsui-United Grain “took the extreme measure of locking out its entire bargaining unit even though by its own statements it had identified and terminated the employee allegedly responsible for the property damage [that the company claimed took place on December 22 – 5 days before its unilateral implementation of its final offer.]. ILWU Local 4 members have been walking round-the-clock picket lines at the Mitsui-United Grain gate, and are receiving support from community members. The Stand, 3-5-13.

Henry Palacios, right, of Corpus Christi was among those in attendance at the Texas Medicaid Matters march and rally at the Capitol on Tuesday, March 5, 2013.

An estimated crowd of 2,000 Medicaid recipients and others supporting expansion of the federal-state insurance program marched up Congress Avenue and onto the Capitol’s south lawn Tuesday afternoon. Gov. Rick Perry and Republican legislative leaders oppose expanding Medicaid under the Affordable Care Act, saying it would cost Texas almost $9 billion over 10 years, put the state’s economy at risk and burden Texas with a program that is already bloated and dysfunctional. Austin American Statesman, 3-5-13. 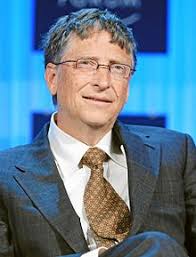 Who’s funding all this? You guessed it.

An education technology conference this week in Austin, Texas, will clang with bells and whistles as startups eagerly show off their latest wares. But the most influential new product may be the least flashy: a $100 million database built to chart the academic paths of public school students from kindergarten through high school. In operation just three months, the database already holds files on millions of children identified by name, address, and sometimes social security number. Learning disabilities are documented, test scores recorded, attendance noted. In some cases, the database tracks student hobbies, career goals, attitudes toward school – even homework completion. Local education officials retain legal control over their students’ information. But federal law allows them to share files in their portion of the database with private companies selling educational products and services. Entrepreneurs can’t wait. Reuters. 3-3-13.

Did the DC Circuit Court give a green light for union-busting?

Members of the Communications Workers of America rally outside Verizon’s offices in Philadelphia, August 2012.

After collective action cost twenty-two cable workers their jobs, their union is charging that a DC Circuit Appeals Court ruling has emboldened employers to break the law. George Kohl, a senior director for the Communications Workers of America, compared the DC ruling—which threw out a National Labor Relations Board decision on the grounds that its members were illegitimately appointed—to the 1981 mass firing of striking air traffic controllers: “I think that it’s a symbolic action like Reagan’s breaking the PATCO strike.” Kohl’s union represents just under 300 workers employed by the New York City cable giant Cablevision, who won union recognition in a January 2012 vote, following a bitterly contested campaign (another group of Cablevision workers, in the Bronx, voted down unionization in a 3-1 vote last June). Thirteen months later, the workers are still without a union contract. Hostilities heightened between Cablevision and CWA a month ago, when the company terminated twenty-two union activists. Kohl told The Nation that the circuit court’s ruling “opens the door to that type of behavior, because it dilutes even further any potential recourse that workers have in our legal system…. The corporate legal ‘union avoidance’ profession is reading the decision and advising clients that this is a new opportunity for them.” Josh Eidelson, The Nation, 3-1-13.