Paul Allen’s Vulcan Real Estate company is said to be bitterly unhappy with the Seattle City Council’s unanimous vote Monday to sharply increase fees that they and other developers will have to pay toward providing affordable housing in South Lake Union. Vulcan is royally ticked off at the council’s rejection of Mayor Mike McGinn’s proposal to keep the fee at the current rate of $15.15 per square foot of space that SLU residential developers use above existing height limits. Councilman Nick Licata went so far as to argue for a $96 per square foot charge. In the end, the council chose to go along with Councilman Mike O’Brien’s more moderate $21.68 fee. Vulcan’s vice president of real estate Ada Healey says Vulcan’ has netted the city $156 million in tax revenue over the past 10 years, and that if developers decide that the fees are too high to justify building above current heights, the city risks losing the ability to collect more than $70 million in incentive zoning fees. “This is going to jeopardize tax revenues and jobs,” she says. “Paul Allen is very disappointed.” Seattle Weekly, 4-25-13.

Sound Transit’s governing board Thursday unanimously approved the final alignment for Link light rail in Bellevue, to begin service in 2023. The vote follows Monday night’s approval of the pathway and its features by the Bellevue City Council, whose members voted for it 6-0 despite misgivings about the downtown station by council members Claudia Balducci and John Chelminiak. The station will be elevated where trains emerge from a short downtown tunnel—similar to the Mount Baker Station at east Beacon Hill in Seattle.  The station will be a block east of the Bellevue Transit Center bus hub—not as centrally located as some leaders would like, but estimated to save between $19 million and $33 million compared to the other option, stopping within the tunnel. Seattle Times, 4-25-13.

Interim Seattle Police Chief Jim Pugel has issued an apology for a a video he participated in 27 years ago that mocks the homeless. The 1986 video shows a group of Seattle police officers dressed as homeless people underneath the Viaduct drinking, breaking into cars and being rousted by police. The video is set to the tune of The Drifters’ 1964 hit song, “Under the Boardwalk.” Pugel appears as a wine-drinking homeless man in the video. Pugel, 53, a 30-year department veteran, was appointed interim chief by Mayor Mike McGinn after Chief John Diaz announced he planned to retire. Seattle Times, 4-25-13.

And it seemed bad enough when they arrested him. Now, Pacific Mayor Cy Sun is facing allegations of corruption and incompetence from the city’s former police chief and four officers fired or forced out by the mayor. Filing a civil lawsuit, the Pacific officers contend Sun threatened to kill a police lieutenant and claimed the FBI had “bugged” his home. They also assert he may be living under an assumed name and have asked a King County judge to reinstate them and order Sun to pay them for their trouble. Elected as a write-in candidate, Sun has been awash in scandal since taking control of the town that straddles the Pierce County-King County border in January 2012. Seattle P-I, 4-25-13.

The state Supreme Court ruled Thursday that Pacific residents will have the chance to decide whether to put a recall of Sun on a ballot. The high court unanimously upheld a previous King County Superior Court decision that there was sufficient reason to recall Sun. After the superior court ruled that four of the counts were sufficient to allow a recall, Sun appealed the decision to the Supreme Court, which has upheld two of the counts. Auburn Reporter, 4-25-13.

Jeanne Burbidge has announced her bid for re-election to Federal Way City Council Position Four. She was first elected in 1997, and served as appointed mayor during her second term in 2002. Burbidge has experience on multiple regional and council committees, and currently chairs the Lodging Tax Advisory Committee. She has represented the city on several transportation and economic development boards. In a news release, Burbidge said her priorities will continue to focus on, road maintenance, public safety, and transforming the downtown by stimulating businesses and development. Federal Way Mirror, 4-24-13.

Entering her final year in office, former Washington Gov. Christine Gregoire found herself in a difficult spot. Indian tribes, powerful supporters of the governor, wanted stricter water pollution rules. Meanwhile, her powerful supporters in the aerospace industry—led by Boeing—were dead set against tightening the rules. Aerospace won. According to newly released government records, plans supported by the tribes and backed by the Washington Department of Ecology to strengthen pollution limits before Gregoire left office were dashed one day after the governor met with Jim Albaugh, Boeing’s executive vice president. Documents obtained this month by InvestigateWest detail a controversy that continues to simmer: Indian tribes plan to skip the state this time and bring their protests directly to the U.S. Environmental Protection Agency in a meeting Thursday. Boeing and other businesses argue they don’t have the technology required to meet expected new pollution limits. Investigate West (Tacoma News Tribune,) 4-25-13.

Energy Northwest’s campus, including Columbia Generating Station, as seen from above.

Washington and Oregon chapters of Physicians for Social Responsibility have commissioned an economic study of the possibility of shutting down the nuclear power plant near Richland. The low cost of power in the Mid-Columbia could mean that power produced by the plant could be replaced economically if Energy Northwest’s Columbia Generating Station retired early, according to the group. The plant’s license was approved last year to operate through 2043. Costs for consumers would increase at least $2.5 billion during the next 20 years if the plant is shut down and replacement power produced by natural gas is purchased, said Brent Ridge, Energy Northwest chief financial and risk officer. But Physicians for Social Responsibility says the power produced by the plant costs more than the market price of regional electricity. Tri-City Herald, 4-24-13.

Washington state’s attorney general, Bob Ferguson, has ordered Bellevue-based T-Mobile USA to correct what he called deceptive advertising of its new “No Contract” plans. The “No Contract” plans are the signature element of T-Mobile’s reorganization and rebranding as the “un-carrier.” Its new chief executive, John Legere, announced the plans in a March 27 event during which he lambasted other carriers for obnoxious billing practices and hidden charges. But T-Mobile also has a hidden fee in its plans, charging customers for early termination of their T-Mobile contracts, according to Ferguson’s office. Details of the plans were clearly more complicated than implied–as this FAQ indicates–and terms were disclosed in the fine print. Ferguson’s issue was with how the plans were characterized by T-Mobile’s advertising. “In our view those advertisements were quite deceptive,” he said in a conference call Thursday morning. In an unusual twist, T-Mobile was represented in the dispute by Rob McKenna, the previous state attorney general. McKenna is now in private practice, after running for governor last year. Seattle Times, 4-25-13.

On a day their budget negotiators had more talks with Gov. Jay Inslee and also House Democratic budget leaders, a half-dozen Republicans in the Senate Majority Coalition called a press conference Thursday afternoon to pretty much insist that Democrats cave in to their no-new-taxes position—or get blamed for the special session that looks inevitable. Sen. Don Benton (R-17) led an afternoon press conference with a half-dozen other coalition members including conservative Democratic Sen. Tim Sheldon (“D”-35) to blast House Democrats–and blame the Democrats, despite not making any budget counteroffers to the Democrats. House Democrats and Inslee are holding out for putting extra money into public schools and raising $1.1 billion in new or continued taxes to do that. Olympian/Tacoma News Tribune,  4-25-13.

Jose Antonio Franco-Gonzalez was held in detention facilities without representation for five years.

A federal district judge has ordered the U.S. Immigration and Customs Enforcement, the Attorney General, and the Executive Office of Immigration Review to provide legal representation to immigrant detainees with mental disabilities who are facing deportation and who cannot adequately represent themselves in immigration hearings. The ruling in the class-action lawsuit is the first of its kind for immigrant detainees, who often languish in detention facilities for years without legal representation. The U.S. District Court for the Central District of California today issued an order granting judgment in favor of plaintiffs in the case, Franco-Gonzalez v. Holder, which applies to certain detainees in Arizona, California and Washington. Judge Dolly M. Gee determined that for this class, appointed counsel “is the only means by which they may” defend themselves. Moreover, the Court criticized the government for not having any safeguards to protect this most vulnerable population. ACLU, 4-23-13.

Yes, the US wrongfully deports its own citizens

This week’s New Yorker features the harrowing ordeal of Mark Lyttle, a U.S. citizen with mental disabilities who was deported to Mexico. Lyttle was born in North Carolina and has psychiatric and cognitive disabilities. He was inexplicably referred to Immigration and Customs Enforcement (ICE) in 2008 after being misidentified as an undocumented immigrant from Mexico even though he had never been to Mexico, shared no Mexican heritage, and did not speak any Spanish. As the New Yorker article notes, “Lyttle is brown-skinned,” and “the vagaries of race and ethnicity obviously played a part” in causing him to be singled out for immigration enforcement. ACLU, 4-25-13.

Married same-sex couples cannot make joint contributions to federal candidates as opposite-sex couples are permitted to do, the Federal Election Commission said Thursday, a decision that gay rights advocates said reinforced their case for overturning the Defense of Marriage Act. The five-member bipartisan panel said the 1996 law defining marriage as between a man and woman prohibited the commission from viewing gay couples as spouses, even when they have legally wed under state law. The unanimous opinion came in response to a query by Massachusetts state Rep. Dan Winslow, a moderate Republican and supporter of gay marriage who is running in the April 30 special primary to fill the U.S. Senate seat vacated by Secretary of State John F. Kerry. Los Angeles Times, 4-25-13.

Study: There may not be a shortage of American STEM graduates after all President Obama hosted the White House Science Fair to celebrate the student winners of a broad range of science, technology, engineering and math (STEM) competitions from across the country this week. A new study shows that the country’s STEM worker shortage is a myth.

If there’s one thing that everyone can agree on in Washington, it’s that the country has a woeful shortage of workers trained in science, technology, engineering and math — what’s referred to as STEM. But not everyone agrees. A study released Wednesday by the left-leaning Economic Policy Institute reinforces what a number of researchers have come to believe: that the STEM worker shortage is a myth. The EPI study found that the United States has “more than a sufficient supply of workers available to work in STEM occupations.” Basic dynamics of supply and demand would dictate that if there were a domestic labor shortage, wages should have risen. Instead, researchers found, they’ve been flat, with many Americans holding STEM degrees unable to enter the field and a sharply higher share of foreign workers taking jobs in the information technology industry. Washington Post, 4-24-13.

Bush’s legacy? It keeps getting worse 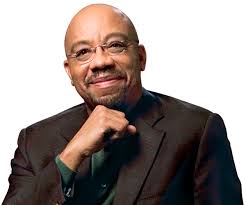 In retrospect, George W. Bush’s legacy doesn’t look as bad as it did when he left office. It looks worse. I join the nation in congratulating Bush on the opening of his presidential library in Dallas. Like many people, I find it much easier to honor, respect and even like the man — now that he’s no longer in the White House. But anyone tempted to get sentimental should remember the actual record of the man who called himself The Decider. Begin with the indelible stain that one of his worst decisions left on our country’s honor: torture. Eugene Robinson, Washington Post, 4-25-13.