Jane Kleeb vs. the Keystone Pipeline 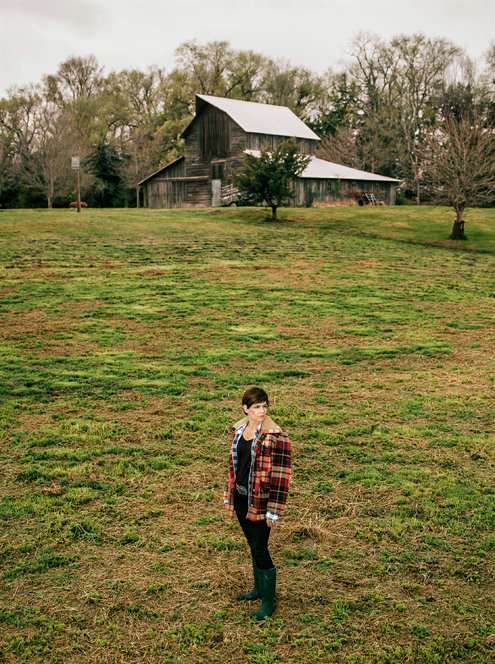 Jane Kleeb on the farm in Ayr NE that she is restoring with her husband.

Trans­Canada, the $48 billion Canadian company that owns the Keystone, has repeatedly said the XL will be “the safest pipeline ever built on U.S. soil,” a technological marvel with automatic shutoff valves and satellite monitoring. The exact composition of what will flow through the pipeline is not publicly available, but it will include bitumen—a thick, semisolid petroleum product—blended with natural gas that has been pressurized to become a liquid. If the line is approved, it could carry 830,000 barrels a day of this “diluted bitumen” across Nebraska, over 275 miles and through 515 private properties. No one knows exactly what a leak would do, but evidence from past malfunctions suggests catastrophe. Among the farmers in the York Community Center was a petite, progressive organizer with close-cropped hair named Jane Kleeb (pronounced Klehb). She was the reason they were there. The fight over the Keystone XL has largely been portrayed as one about climate change, in which environmental groups like the National Wildlife Federation and 350.org are pitted against the fossil-fuel industry. But what has kept the pipeline out of the ground so far, more than anything, has been Kleeb’s ability to convince mostly­ conservative farmers and ranchers that they are the ones being asked to bear all the risk of Canada’s energy expansion. If something goes wrong, she says, they’re the ones who are going to suffer. Kleeb didn’t need to persuade all of the people in the room to be angry — many of the state’s landowners are plenty wary of what they see as the pipeline’s risks — but she has organized them to take on Trans­Canada and more or less their state’s entire political power structure. Days earlier, thanks to her efforts, a state district court had thrown the construction into limbo. New York Times, 5-16-14.