New Seattle Mayor Ed Murray and Seattle City Council member Kshama Sawant were sworn in this afternoon in front of hundreds at Seattle City Hall. Murray said people can “solve our greatest challenges when we act as a community.”

Seattle’s new Mayor Ed Murray pledged “inclusiveness and collaboration” Monday in his inaugural address, and played off Ronald Reagan’s government-is-the-problem 1981 inaugural address to summarize his view of an activist,  problem-solving shining city on Puget Sound. “I see government not as a problem but as a partner in solving the problems we face,” Murray said.  He pledged to make Seattle a “national model” in fields from urban policing to curbing carbon pollution to developing an integrated transit system “with world-class transit at its core.” But Murray shared center stage with a much more confrontational politician, newly elected Seattle City Council member Kshama Sawant, an outspoken member of the “Socialist Alternative.” Sawant delivered a fiery dose of late 19th Century-early 20th Century Marxist-style rhetoric to the technology-driven 21st Century city that elected her to the nine-member council. Sawant turned away from the popular notion of “Seattle nice,” of an inclusive, middle class city, instead depicting a oppressive class-driven reality straight out of the Industrial Age. Joel Connelly, Seattle P-I, 1-6-14.

Anyone hoping to see fireworks, a red flag unfurled or a revolutionary cri de coeur at Kshama Sawant’s first council meeting would have been sorely disappointed Monday morning. The routine Monday briefing, during which council members discuss their upcoming business for the week, was short and about as sweet as a council meeting could be. “I am happy to be able to serve the working people of Seattle,” Sawant said, and kept it pretty much at that. While some of her remarks after getting elected suggested she might have a combative relationship with other council members, she smiled and shook hands with her new colleagues. Seattle Weekly, 1-6-14.

For Stephanie Merrow, it was a compulsion inspired by her brave students and the ongoing controversy at one of her employers, Eastside Catholic High School. Monday afternoon, she called KIRO-FM as they discussed the recent departure of Vice Principal Mark Zmuda, who lost his job when his marriage to another man came to light, violating Catholic teachings. Merrow called the radio show, defiantly said she planned to go to school Tuesday wearing her engagement ring, the one she got from her girlfriend.  “Either I’ll be fired or the students will say, ‘right on,'” Merrow said Monday night. Also Monday, the chair of Eastside Catholic High’s School board resigned.  School president Sister Mary Tracy said the decision is not connected to Zmuda’s recent departure. Tracy said Colin was a “strong board chairman” who was very involved in Zmuda’s dismissal. KING, 1-6-14.

State Rep. Cyrus Habib (D-48) has been chosen by Governing.com as one of “12 State Legislators to watch in 2014.” “I’m both honored and humbled to be part of Governing.com’s list of legislators to watch,” said Habib. “I look forward to continuing my work this year helping to make Washington the best state in the nation for businesses, workers and families.” Citing his outstanding educational credentials and his unique heritage, the Vice-Chair of the Technology and Economic Development Committee was listed as a legislator to watch to for the upcoming year in a list that includes six Democrats and six Republicans. Habib is believed to be only state legislator in the country with an Iranian-American background. Kirkland Reporter, 1-6-14.

State Sen. Don Benton (R-17) shares blame for a series of unprofessional spats he had last year with Sen. Ann Rivers (R-18), administrative officials within the Washington Legislature have ruled. After reviewing Benton’s respectful workplace complaint against Rivers, officials concluded that both Clark County Republicans violated Senate rules by using demeaning language toward each other. They also found that Benton’s disrespectful treatment of Rivers interfered with her work performance in the Legislature. In her statement, made in July, Rivers alleged that Benton called her a “trashy trampy-mouthed little girl” during a personnel meeting with Senate leaders, and the Finance and Operations Committee independently confirmed that incident. She also said Benton was trying to destroy her reputation because she voted against him in his unsuccessful bid for Republican caucus chair. For her part, Rivers admits that: ‘At that point, I told him I thought he was a piece of shit and I had to leave my work area to get away from him. … ‘ And there’s more. Columbian, 1-6-14.

Initiative promoter Tim Eyman is kicking off the new year with a new initiative. His new ballot proposal aims to resurrect the requirement that tax hikes get a two-thirds majority in the Legislature or be referred to the people. And this time, Eyman has designed a hammer to get the Legislature to act—cut the state sales tax by one penny if the Legislature rejects a constitutional amendment to bring back the super-majority rule, and sends the issue to the voters. A one-cent cut in the sales tax would amount to about $1 billion a year in lost revenue to the state. Eyman would need to gather nearly a quarter-million valid voter signatures to put his measure on this fall’s ballot. KPLU, 1-6-14.

With politicians’ heavy thumbs upon the scale of the 777X decision, the Machinists have spoken. Again. In 1894, railroad magnate George Pullman crushed a strike, declaring that “workers have nothing to do with the amount of wages they shall receive; that is solely the business of the company.” Labor relations are much more genial today. Instead of calling in Pinkerton guards, Boeing simply enlisted pension-holding politicians to importune workers to give up pension rights. A surreal Everett press conference featured six politicians with government pensions hectoring Machinists, including one, Snohomish County Executive John Lovick, already drawing over $60,000 annually from past State Patrol service. Cashing in his own $44,000 annual congressional pension, Gov. Jay Inslee demanded Machinists vote again. Crises bring out the Chamberlain or Churchill in the political class. This one brought opportunity for empathy and leadership instead of hypocrisy and cringing servility. Brendan Williams, Everett Herald, 1-7-14.

A federal judge Monday stripped away a key element of Chicago’s gun ordinance, ruling that it is unconstitutional to prohibit licensed gun stores from operating in the city. U.S. District Judge Edmond Chang found that the city failed to convince him that banning the sale of guns by licensed dealers was necessary to reduce gun violence. The ruling also would make it legal for individuals to transfer ownership of a firearm as a gift or through a private sale as long as the recipient was at least 18 and had a firearm owner’s identification card. Overturning the ban on retail gun stores and private gun sales was the last major hurdle gun rights groups faced in their hard-fought battle to dismantle Chicago’s tough firearm prohibitions. Chicago Tribune 1-5-14. 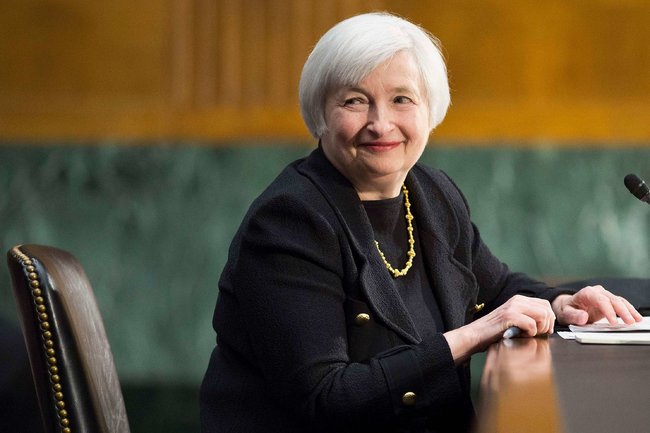 The Senate confirmed Janet L. Yellen as the chairwoman of the Federal Reserve Monday, marking the first time that a woman will lead the country’s central bank in its 100-year history. As a Fed official, Yellen, 67, has been an influential proponent of the Fed’s extraordinary measures to revive the economy, even though interest rates are already close to zero. But as chairwoman, she will face the arduous task of overseeing the gradual unwinding of those measures, despite an uncomfortably high unemployment rate of 7 percent and subdued inflation. New York Times, 1-6-13.

A satanic group unveiled designs Monday for a 7-foot-tall statue of Satan it wants to put at the Oklahoma state Capitol, where a Ten Commandments monument was placed in 2012. The New York-based Satanic Temple formally submitted its application to a panel that oversees the Capitol grounds, including an artist’s rendering that depicts Satan as Baphomet, a goat-headed figure with horns, wings and a long beard that’s often used as a symbol of the occult. In the rendering, Satan is sitting in a pentagram-adorned throne with smiling children next to him. The Satanic Temple maintains that the Oklahoma Legislature’s decision to authorize a privately funded Ten Commandments monument at the Capitol opened the door for its statue. The Ten Commandments monument was placed on the north steps of the building in 2012, and the Oklahoma chapter of the American Civil Liberties Union has sued to have it removed. Similar requests for monuments have been made by a Hindu leader in Nevada, an animal rights group, and the satirical Church of the Flying Spaghetti Monster. Associated Press (Daily Oklahoman), 1-6-14. A Supreme Court case to be heard this month could deal another body blow to the embattled U.S. labor movement. The case, Harris v. Quinn, offers the court’s conservative majority a chance to make so-called right to work the law of the land for millions of public sector workers. And it targets one of the most effective ways unions have grown their ranks – getting governors to classify the growing ranks of taxpayer-funded home care workers as public employees with unionization rights – and a decades-old precedent that the 2012 Knox v. SEIU case suggests justices may be itching to overturn. If the court strikes that 1977 (Abood) precedent – that workers in union workplaces can be required to pay fees for “collective bargaining activities,” though not for “ideological activities unrelated to collective bargaining” – unions fear further defunding, diversion, division, and discrimination will follow. Salon, 1-6-14.