Thanks to a federal program lined up by their unions, local workers laid off during the current dip in employment at Boeing Commercial Airplanes will enjoy a financial cushion that’s much, much plumper than what the average unemployed state resident gets. The U.S. Department of Labor has approved Boeing workers — union or nonunion, production workers or engineers — laid off between April 2012 and June 2015 for a package of benefits that includes drawing unemployment pay for up to 2½ years, rather than the regular six months. All these benefits flow because the Labor Department recently granted the IAM’s petition for federal aid under the Trade Adjustment Assistance (TAA) program, designed to assist U.S. workers who have lost their jobs as a result of overseas trade or outsourcing. And after a parallel petition from SPEEA, the government broadened the approval to include all Boeing Commercial Airplanes workers, even nonunion employees. Seattle Times, 8-1-13.

It isn’t easy, as a political newcomer, to topple a longtime incumbent. That’s why Bellevue City Council candidate Vandana Slatter says she’s raised more money before the primary than any previous candidate has raised in the primary and general election combined. Slatter, an Amgen senior regional medical liaison competing against veteran Council member Don Davidson and Lynne Robinson, chair of Bellevue’s Parks and Human Services Board and the Network on Aging, has raised eyebrows along with $94,091 in political contributions. Some of Slatter’s seven campaign mail pieces and cable-TV spots — far more than either of her opponents — have described the other candidates in unflattering terms. One ad calls Robinson “a typical political candidate — an insider who plays politics in partisan organizations.” Robinson (endorsed solely by the King County Democrats) responded that Slatter has put out ads “with totally made-up stuff. I’m not sure how I could be considered a political insider when I’ve never had a political office before.” Seattle Times, 8-1-13.

Members of the Lummi Nation protest the proposed coal export terminal at Cherry Point on the Gulf Road beach west of Ferndale, in 2012.

Lummi Nation Natural Resources Director Merle Jefferson says the tribe is ready to send an official letter to the U.S. Army Corps of Engineers announcing its opposition to the Gateway Pacific Terminal project at Cherry Point—a move that could stop the federal permit process for the coal terminal dead in its tracks. The Army Corps has the authority to grant some key permits that SSA Marine of Seattle will need to construct its three-vessel pier at Cherry Point. On other projects, the federal agency has refused to process permit applications if Indian tribes contend that those projects would violate their treaty rights as defined by numerous federal court rulings. During a Wednesday press conference, an Army Corps official stopped short of saying that Lummi Nation has the power to block Gateway Pacific. But she indicated that her agency might decide to stop processing its permits if the Lummis raise formal objections. Bellingham Herald, 8-1-13.

The summer doldrums of an odd-numbered year are a time to enjoy some blessed relief from the election-time assault on your TV and mailbox. Unless you live in the 26th Legislative District, between the Tacoma Narrows and Bremerton, where two candidates for state Senate and their allies have spent almost $600,000 trying to persuade voters — and they are most likely just getting started. The biggest share of spending comes from Republican Rep. Jan Angel, who has spent more than twice as much as Democratic Sen. Nathan Schlicher, according to campaign-finance reports the candidates submitted for the period that ended Tuesday. Primary results Tuesday will help set expectations in the race between Angel, a three-term House member from Port Orchard, and Schlicher of Gig Harbor, appointed to the Senate seat in January. The outcome might also encourage some potential donors and scare off others. Olympian, 8-1-13.

A major new player has arrived in the state’s political arena and quickly became a force in this year’s election season. Tom Steyer, a banker, philanthropist, and funder of environmental causes, contributed $2 million to the NextGen Climate Action Committee which registered as a political committee this week, according to records of the state Public Disclosure Commission. Its mailing address is in Sacramento. This committee immediately jumped into the battle for the 26th District state Senate seat. It gave $75,000 to the She’s Changed PAC, a coalition of environmental, union, progressive, and Democratic organizations which is campaigning against Angel. And it gave $150,000 to the Washington Conservation Voters PAC, one of the groups contributing to the She’s Changed PAC. Everett Herald, 8-1-13. 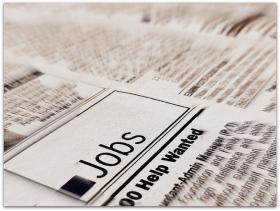 People on unemployment in this state stand to lose nine weeks of federal support starting in August as the federal government trims support to states with higher employment. The change will affect about 26,000 people. It means that most people who exhaust state benefits will only be able to collect support for 53 weeks. Before April 2012 they could claim a maximum of 99 weeks. Federal support is waning because Washington’s unemployment rate is running below 7 percent. That was a benchmark for continued support, and the Washington rate is better than the national average of 7.6 percent. At the same time, more people in Washington are getting jobs and leaving state assistance  before they need to start using  federal unemployment benefits. KUOW, 8-1-13.

A proposed initiative to prohibit the city of Vancouver from using any resources to promote light rail exceeds the scope of local initiative power, Superior Court Judge John Nichols ruled Wednesday. His decision ended the hope of anti-light rail activists that city residents would vote on the initiative in November. In his opinion, Nichols quoted from an analysis of a 1997 ruling affirming the legality of public financing of Safeco Field in Seattle, even though a group of residents opposed it: “Stated another way, the people cannot deprive the city legislative authority of the power to do what the constitution and/or a state statute specifically permit it to do.” Vancouver Columbian, 7-31-13.

A Pierce Transit bus arrives at the Stewart Street Transit Center in 2012. The Pierce Transit board of commissioners voted Wednesday to rescind service cuts that were set to take effect in September.

Pierce Transit board of commissioners Wednesday rescinded major service cuts planned to start next month, but they cautioned that their vote only delays the inevitable. The transit agency won’t slash service hours to 300,000 from the current 392,000 starting Sept. 29, a move that would have reduced weekend service and forced riders to wait longer to ride a bus. But smaller service cuts are projected in 2015 once staff members get a better handle on the revenue numbers. The vote was unanimous. Board members Don Anderson, Kent Keel and Steve Vermillion were absent. Tacoma News Tribune, 7-31-13.

Could Dino Rossi be the next chairman of the Washington State Republican Party? Herald Opinion Editor Peter Jackson tweeted this afternoon that “A source tells the Herald that Dino Rossi (who works in Everett) is getting pressure to take the reins of the state Republican Party.” Rossi, who buys and sells commercial real estate for an Everett-based company, is one of the best known Republicans in Washington. In spite of losing contests for governor in 2004 and 2008 and the U.S. Senate in 2010, he’s not shied away from the political scene. Everett Herald, 8-1-13.

State Education Commissioner Tony Bennett resigned Thursday, fueling controversy over the school grading system and delivering a blow to Republican Gov. Rick Scott and the leaders working to overhaul Florida’s system of school accountability. Coming to Florida in January from Indiana, Bennett had faced mounting calls for his resignation this week after revelations that he intervened in the grading system in Indiana to benefit a charter school run by a prominent Republican Party donor. Tampa Bay Times, 8-1-13.

New poll numbers released Thursday suggested that Senate Minority Leader Mitch McConnell (R-KY) is entering his reelection campaign next year facing two perilous obstacles: an electorate that wants him out of office and a viable Democratic challenger. The latest survey from Democratic-leaning Public Policy Polling — conducted on behalf of the Progressive Change Campaign Committee (PCCC) and Democracy For America and provided in advance to TPM — found Kentucky Secretary of State Alison Lundergan Grimes, who launched her Senate campaign Tuesday, drawing the support of 45 percent of Bluegrass State voters and narrowly edging McConnell by a single point. Eleven percent of voters said they are undecided. The two liberal groups to commission the poll are both opposed to McConnell. A slight majority of Kentucky voters — 51 percent — disapprove of the job McConnell is doing, giving the GOP leader an approval rating of 40 percent. Talking Points Memo, 8-1-13.

It’s the perpetual Republican Party conundrum: moderate, or go harder right. And many still seem to believe that going harder right is the best way to go. They have learned nothing. They can see no other way. They are so convinced that their way is the right way, but it’s just misunderstood, not clearly explained, not persuasively advocated. That’s what can happen in political echo chambers—faltering positions are reinforced rather than rightfully abandoned. Voices for moderation are maligned as agents of moral erosion. Giving a little feels like giving up. In this environment, 15 Kentucky Tea Party groups released a letter last week blasting two national Tea Party groups for endorsing Senator Mitch McConnell, complaining of McConnell’s “Progressive Liberal voting record” and his “willingness to roll over and cede power to President Obama and the Liberals in Washington.” In what twisted, right-is-left, up-is-down world do these people live? Charles Blow, New York Times, 7-31-13.

President Obama introduced yet another plan to create jobs and pump the sagging economy Tuesday, pitched as a “grand bargain” between Republicans and Democrats (or more accurately, Democrats and the business community). It’s perhaps not a terrible plan considering the current political atmosphere. But taking one step back, Obama’s offer is a deeply revealing snapshot of a dynamic that’s become deeply skewed and perhaps hopelessly corrupted. George Zornick, The Nation, 7-31-13.