The battle over increasing SeaTac’s minimum wage to $15 an hour, the highest in the nation, is heading to federal court after claims by SeaTac Committee for Good Jobs that a city review board improperly eliminated 201 signatures from the petition. Two of the citizens whose names were removed from the petition have filed a lawsuit, which was moved from King County Superior Court to U.S. District Court Tuesday. The lawsuit claims that King County Superior Court Judge Andrea Darvas accepted the findings of SeaTac’s review committee, even though those on the panel had no relevant legal training. Some of the signatures were removed because there were no dates beside the names on the petitions. The review committee included the mayor, city administrator, and police chief. King County Elections had already validated the signatures, the court documents say. Seattle Times, 9-4-13.

Urquhart says war on drugs has been ‘a failure’; will spread the message in DC

King County Sheriff John Urquhart will travel to the other Washington next week to testify before the U.S. Senate Judiciary Committee at its hearing titled “Conflicts between State and Federal Marijuana Laws,” according to a press release from his Office. In light of Initiative 502 and Washington voters’ decision to legalize recreational marijuana use for adults, Urquhart is expected to tell lawmakers that law enforcement should “respect their decision.” “I supported I-502 last year because as a former narcotics detective, I can say with full confidence that the War on Drugs as been a failure,” Urquhart is quoted as saying in the press release. “There has to be a better way. And as far as marijuana is concerned, the citizens of Washington have decided legalization for personal use appears to be that ‘better way’. Law enforcement needs to respect their decision.” Seattle Weekly, 9-4-13. 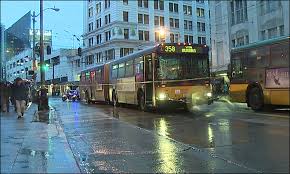 Bathroom breaks that are too short and infrequent, a lack of emergency training, and flaws in the customer complaint system are taking a toll on Metro bus drivers and ultimately, their passengers, a group of Metro operators say. In a letter presented to the King County Council Aug. 26, drivers and transit advocates asked elected officials to restore bus service for riders and rest breaks for drivers, to recognize and train drivers as “first-responders” in emergencies, and to alter a complaint system that allows riders to blame drivers for service cuts caused by economic forces. Real Change, 9-4-13.

Schlicher comes out swinging in first forum with Angel

For two state lawmakers competing in a Nov. 5 special election, it was the first chance to trade jabs face to face. Democratic Sen. Nathan Schlicher (D-26) came out swinging, nearly a month after primary-election results left him trailing Republican Rep. Jan Angel  (R-26) in the 26th District race for state Senate. Schlicher, appointed in January to replace Derek Kilmer and now trying to keep the seat, was on offense at the Bremerton Chamber of Commerce breakfast forum. He accused Angel of seeking to roll back mandates on health-insurance coverage and opposing closure of a tax break. Tacoma News Tribune, 9-3-13.

After Gov. Jay Inslee said Tuesday he could call legislators back to Olympia this fall to pass a new transportation revenue plan, some members of Clark County’s delegation said they didn’t see a need to rush. “I don’t understand the urgency of the November date when we’d be going back into session in January,” said Rep. Brandon Vick (R-18). Vick and Rep. Ed Orcutt (R-20) both pointed to a study commissioned by the Legislature that would examine why transportation projects cost more in Washington state than in other parts of the country. That study won’t come out until January. “We need to get the report back,” said Orcutt, ranking Republican on the House Transportation Committee. “Then, we need to implement policies that will actually reduce our costs. … Anything else is doing a huge disservice to the taxpayers of this state.” Orcutt said transportation projects cost up to twice as much as comparable projects in other states. Vancouver Columbian, 9-3-13. The head of a local movie production company said he will challenge an incumbent senator in Spokane’s 6th Legislative District next year. Democrat Rich Cowan, chief executive officer of North by Northwest, said Tuesday he will run against Republican Sen. Mike Baumgartner, contending the incumbent’s views on some issues (like proposing “right-to-work” legislation) are too extreme for the district. One of his main goals if elected, Cowan said, would be to find a way to complete the North Spokane Corridor, a roadway that has been discussed for more than a half century and under construction for more than a decade. (Because Republicans claim to be the party of business, and then starve needed transportation infrastructure that would help boost the economy.) Spokesman-Review, 9-3-13.

The Sierra Club and other environmental groups have sued railway and coal companies in federal court, charging that they pollute the Columbia River and other water bodies with coal dust from uncovered coal trains. This water sample from the Columbia is an example of it, they say.

With coal use in decline in the U.S., mining companies have found a steady revenue stream in overseas markets. But to get it there requires a long journey by train and barge to export terminals along the Columbia River and in Puget Sound. That’s a problem, according to environmentalists and tribes who are calling for more impact studies. “There are unknown effects of large amounts of coal going into the Columbia River. But even with just two loads a day going through, you can already see coal dust along the track,” said Paul Lumley, executive director of the Columbia River Inter-Tribal Fish Commission. Another concern, says Lumley, is that the anticipated increase in rail traffic would result in a need for expansion, which would encroach on access to treaty fishing areas. KPLU, 9-4-13.

Unusual radiation readings that caused an emergency to be declared last month at Hanford came from old contamination, according to Hanford officials. No evidence of a new leak from the system being used to retrieve waste from a Hanford tank or from the system’s transfer hoses was found, Hanford workers were told Tuesday. An investigation concluded that insulating blankets that had shielded radiation on an area about 4 square inches shifted, causing the elevated beta radiation readings from C Tank Farm during routine monitoring, Kevin Smith, manager of the Department of Energy Hanford Office of River Protection, said in a message to employees Tuesday. Tri-City Herald, 9-3-13.

A Volkswagen employee works on a Passat at the company’s plant in Chattanooga.

The prospect of the United Auto Workers (UAW) gaining a new foothold at Volkswagen’s plant in Tennessee worries some Southern Republicans, who say laws banning mandatory union membership have helped lure foreign automakers. But Volkswagen faces pressure from labor interests on its supervisory board to grant workers a stronger voice at the plant. And Handelsblatt, a German business newspaper, reported Monday that UAW President Bob King and five other officials discussed the Tennessee plant with the company’s employee-relations chief last week at VW’s headquarters in Wolfsburg. Associated Press (Seattle Times), 9-4-13.

Is business losing its grip as the GOP takes a hard right turn?

How did corporate America lose control of the Republican Party? From overhauling immigration laws to increasing spending on the nation’s aging infrastructure, big business leaders have seemed relatively powerless lately as the uncompromising Republicans they helped elect have steadfastly opposed some of their core legislative priorities. The rift is not only unusual in light of the tight historical alignment between the business community and the GOP, but it is also outright incomprehensible after the Supreme Court’s Citizens United decision, which allowed companies to spend unlimited amounts from their corporate treasuries on the 2010 and 2012 elections. Scholars have proposed many reasons for the rise of the anti-government activists that are pulling the GOP to the right, leaving it at odds with a business community used to compromising and seeking favors from government. New York Times, 9-3-13.

Meanwhile, across US, bridges crumble as repair funds fall short

America’s roads and bridges have been eroding for decades, but the deeper they fall into disrepair, the less money there is to fix them. First, the recession crippled local budgets, cutting the money available for transportation projects. As states began to recover, the federal government adopted its own mandatory budget cuts via sequestration. Then last month, the federal legislation that annually funds transportation projects across the country hit a roadblock of Republican opposition that throttled multibillion-dollar transportation bills in the House and Senate. The new political deadlock in Washington, D.C., comes as the Federal Highway Administration estimates that bridge and road repair needs have escalated to $20.5 billion a year. Los Angeles Times, 9-3-13. 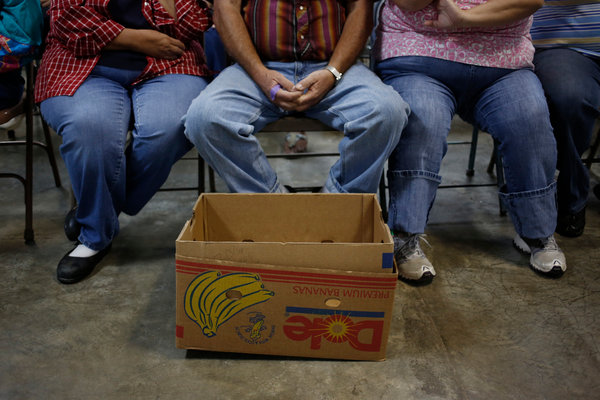 An empty food box sat at the feet of food bank recipients at the Dyer County fairgrounds in Dyersburg,

Surrounded by corn and soybean farms — including one owned by the local Republican congressman, Representative Stephen Fincher — Dyersburg TN, about 75 miles north of Memphis, provides an eye-opening view into Washington’s food stamp debate. Fincher, elected in 2010 on a Tea Party wave, collected nearly $3.5 million in farm subsidies from the government from 1999 to 2012, and recently voted for a farm bill that omitted food stamps. “The role of citizens, of Christianity, of humanity, is to take care of each other, not for Washington to steal from those in the country and give to others in the country,” Mr. Fincher, whose office did not respond to interview requests, said after his vote in May. In response to a Democrat who invoked the Bible during the food stamp debate in Congress, Mr. Fincher cited his own biblical phrase. “The one who is unwilling to work shall not eat,” he said. New York Times, 9-4-13. Back in the days when he was a media darling appearing on every network – before everything would collapse in an appalling heap of criminality – Chris Simcox would promote his border-watching “Minuteman” movement as an essential component of national security because of the ominous threat that terrorists might cross over the border into the USA from Mexico. For Simcox and the Minutemen, the rubric of reason for the “citizen border watches” they organized all revolved around “national security” – at least when the TV cameras were on. When they were off, it was a different story: Minutemen border watchers were fond of explaining in private to people they thought were fellow participants that the best solution to stopping “the invasion” (as they liked to call it) of Latino immigrants they hoped to catch in the act was to start shooting one or two of them. David Neiwert, Crooks and Liars, 9-4-13.