Sara Morris of the Our Schools Coalition

If you are suspicious of the overall concept of education reform and its proponents, or have a problem with certain elements of the reform agenda, such as tying teacher evaluations to student growth data, you’ll be predisposed to be suspicious of the Our Schools Coalition’s newly-released ten point policy platform for Seattle’s 2013 teacher contract negotiations. This year’s negotiation round begins this spring. (And the Our Schools Coalition will continue to pretend it has standing in this bargaining, when in fact it has none.) Crosscut, 3-7-13.

At Wednesday night’s school board meeting, which was a pretty full house, a roster of people connected to the Center School signed up to speak during the public testimony portion, all in favor of the immediate reinstatement of the race and gender curriculum there. Superintendent Jose Banda said nothing’s changed about the process this complaint is going through, that it’s still up to Shauna Heath, the executive director of curriculum and instruction at SPS. Heath’s decision on the curriculum, which the district has said “cannot be appealed,” is due by Thursday, March 14. The Stranger, 3-7-13.

Despite heated Republican opposition, representatives passed the Washington Voting Rights Act of 2013, and several other voting bills. HB 1413 would make it easier for minority individuals or groups that are disenfranchised in at-large elections to require jurisdictions to shift to district-based elections for certain local races. Rep. Luis Moscoso (D-1) said the bill was inspired by the Civil Rights Movement. “Every vote should count, every voter should have a voice,” Moscoso said. “That’s what my parents taught me at a very young age, and that’s the intent of this bill. Being the first Latino male in the Legislature,  I realized it was my responsibility to advocate for this area of voter rights.” (Emilio Cantu (R-41) served two terms in the House and three terms in the Senate, 1980-1996.). Seattle Times, 3-7-13.

The state House moved Wednesday to largely reverse a 36-year-old law making juvenile court files public, drawing fire from open records advocates. The proposal, which passed the House 97-0 and now heads to the Senate for consideration, would require most juvenile offender records to be sealed. The only exception would be for youths found guilty of serious violent offenses, some sex offenses and arson.  Under current law, offenders can petition a court to have their record sealed, but only under certain circumstances. Rep. Ruth Kagi (D-32), HB 1651’s prime sponsor, said the record-sealing process is complex and often out of reach for many offenders, leaving the records to “haunt a child as they make an effort to move forward.” Olympian, 3-7-13.

Strike One: An F in school funding

At the start of the legislative session, the leaders of the Republican majority promised to focus on education, jobs and the budget. Well, so much for education. In 2012, the state Supreme Court spelled out the state’s single biggest priority when it ordered the Legislature to adequately fund education. The ruling was clear. The courts did not rule that teachers were teaching inadequately. They ruled that the Legislature was funding education inadequately. The court did not say parents were falling down on the job or that we need some new magical type of school. The court said the Legislature wasn’t doing its job. The court gave us a test. The test is to fund education. Not to scribble in the margins or tinker with the rules but to provide the funding our educational system sorely lacks. And this week the Republican majority flunked. Abysmally. Sen. Christine Rolfes (D-23), on the Senate Democrats’ Blog, 3-7-13.

Shaken by last fall’s presidential election and a string of setbacks in the national polls and state courts, some Republicans have tried this year to cool it with the assaults on reproductive freedom. It’s now clear that those Republicans do not live in Arkansas. So far this year, the state’s GOP lawmakers have passed not one, but two, abortion bans in defiance of the U.S. Constitution, and this week they overrode their Democratic Gov. Mike Beebe’s veto to push the more extreme of the two into law. The bill in question, a ban on all abortions after 12 weeks of pregnancy, would be the nation’s most restrictive if it actually took effect. The bill is the brain child of State Sen. Jason Rapert, a Tea Party Republican and amateur fiddler whose applause lines include “We’re going to take this country back for the Lord” and “We’re not going to allow minorities to run roughshod over what you people believe in.” MSNBC, 3-7-13.

To the let’s-cut-entitlements crowd, what’s wrong with America is that seniors are living too high off the hog. With the cost of medical care still rising (though not as fast as it used to), the government is shelling out many more dollars per geezer (DPG) than it is per youngster (DPY). The solution, we’re told, is to bring down DPG so we can boost DPY. We do indeed need to boost DPY. And we need to rein in medical costs by shifting away from the fee-for-service model of billing and paying. But as for changing the way we calculate cost-of-living adjustments for seniors to keep us from overpaying them — an idea beloved of Bowles, Simpson, Republicans and, apparently, the White House — this may not be such a hot idea, for one simple reason: An increasing number of seniors can’t afford to retire. Harold Meyerson, Washington Post, 3-6-13. 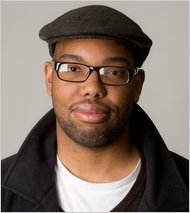 In modern America we believe racism to be the property of the uniquely villainous and morally deformed, the ideology of trolls, gorgons and orcs. We believe this even when we are actually being racist. The promise of America is that those who play by the rules, who observe the norms of the “middle class,” will be treated as such. But this injunction is only half-enforced when it comes to black people, in large part because we were never meant to be part of the American story. Ta-Nehisi Coates, New York Times, 3-7-13.