Two Seattle police unions deployed both steel fist and velvet glove Monday, claiming that they support “necessary police reforms” while filing a King County Superior Court suit to block a Monitor’s plan that would reform the training of Seattle’s finest. The suit charges that the plan violates the state’s Public Employees Collective Bargaining Act.  It names the City of Seattle and the Monitor, Merrick Bobb, as defendants. Mayor Mike McGinn and City Attorney Pete Holmes agreed to Bobb’s reform plan last week. The suit was filed by the Seattle Police Officers Guild (SPOG) and the Seattle Police Management Association (SPMA), unions which bargain for the city’s 1,800 police officers. The SPOG resisted the appointment of Bobb as Monitor. Seattle P-I, 3-11-13.

It doesn’t take 20/20 vision to see the U-District is rapidly changing around us. Be it the towering new residence halls rising along Northeast Campus Parkway, construction of fancy new buildings on local streets, or the massive holes in the ground that will soon be filled by light-rail stations connecting this neighborhood to downtown, the neighborhood is quickly developing. And with that development, it is also becoming far more expensive. As a byproduct of increased development and shiny new buildings, land prices in this neighborhood are gradually increasing. When the construction of the new light-rail station on Brooklyn Avenue Northeast — which will very likely be among the most trafficked stations in the city — is factored in, one can say this area is primed for rapid gentrification. Bill Dow, UW Daily, 3-11-13.

Former King County Executive Ron Sims will not run for mayor of Seattle, despite a second place showing (behind the powerhouse “Undecided”) in a SurveyUSA trial heat poll last week. Sims made the announcement on KUOW’s usually languid “Weekday,” saying:  “There are other mountains I want to climb.  My wife and I want to climb them together.  I think she and I want to be on another mountain, another journey doing things that are far more important to us.” Sims spent two years as undersecretary of the Housing and Urban Development in the Obama administration, and has taken just one official post since returning to Seattle.  He is a Washington State University Regent. Seattle P-I, 3-11-13.

The Westshore Terminal near Vancouver, B.C. handles about 30 million tons of coal per year, loading it onto ships for export. Westshore spent $7 million upgrading pumps, rain guns and misting devices around the site used to dampen and control coal dust.

With five coal export terminals under consideration in Washington and Oregon, Northwest residents are grappling for the first time with issues that are old hat in West Virginia and Kentucky. One of those issues: coal dust. How much of it will escape along the journey from mines in Wyoming and Montana to proposed export terminals on the West Coast? And what might that dust mean for public health? Where better to look for insight than the largest existing coal export terminal on the West Coast? At the Westshore terminal near Vancouver BC there are, at any given moment, about 1.5 million tons of coal stored in piles 8 1/2 stories high. KUOW, 3-11-13.

No vacancy, no excuse for Western State to deny care

Emergency medical technicians from Rural/Metro wheel a patient out the Involuntary Commitment Court at Western State Hospital on Feb. 27, 2013. On that day, the patient was one of 10 individuals transported from local hospital emergency rooms to the court for commitment hearings.

No vacancy is no excuse for denying treatment to the mentally ill. That idea, the core of a legal ruling issued Wednesday by Pierce County Superior Court Commissioner Craig Adams, throws an inconvenient wrench into the gears of the state’s ailing mental-health system and forces a public debate over a practice known as psychiatric boarding. In essence, Adams ruled that parking the mentally ill in hospital emergency rooms without appropriate treatment violates state and federal law. “I don’t think you can do psychiatric boarding just because there is no room at the inn,” Adams said. “The remedies for this really lie with the state Legislature or a higher court.” Tacoma News Tribune, 3-10-13.

About 300 unionized Providence St. Peter Hospital workers hit the picket line Monday morning, kicking off a five-day strike to call attention to changes to employee health care that the union and its members say is not affordable.

About 300 unionized Providence St. Peter Hospital workers hit the picket line in Olympia Monday morning, kicking off a five-day strike to call attention to changes to employee health care that the union and its members say is not affordable. Providence officials said Monday that the hospital is open and fully staffed, and that the strike will not affect patient care. The workers are represented by the Service Employees International Union, 1199NW. At issue are three health plans members could choose from: a health savings account, a health reimbursement account and a more traditional health care plan offered through Group Health. Union members are frustrated because the two account-based plans — the HSA and the HRA — replace a more traditional health care plan, and members were accustomed to having a choice of two Group Health plans that have been merged. Olympian, 3-11-13.

Washington is one of a handful of states where marriage remains an absolute defense against allegations of some forms of rape and sexual assault. The state House voted 96-1 Monday to change that. HB 1108 would remove the spousal exemption from both rape in the third degree – in which no physical force is used – and from taking indecent liberties.  Until the 1970s, most states considered marriage to preclude any form of rape. Washington removed the marital exemption for first- and second-degree rape in 1983. Rep. Elizabeth Scott (R-39) voted no. Tacoma News Tribune, 3-11-13.

Vote on background checks may be delayed

A vote on a bill that would require a background check for private gun sales might be delayed because it doesn’t have enough support to pass, a co-sponsor said. The vote on HB 1588 will probably not take place today, said Rep. Mike Hope (R-44), who may be  the lone Republican supporter of the bill. Democrats, who have a comfortable majority in the House, may not have the votes needed to pass it, he said. All legislation must pass the chamber where it was introduced by 5 p.m. Wednesday, or be dead for the session. Spokane Spokesman-Review, 3-11-13.

Op-ed: Why do business lobbyists wear helmets to oppose paid sick time? Because the sky is always falling 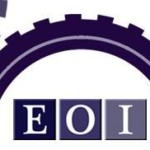 Why is the U.S. the only advanced economy in the world that doesn’t ensure its citizens can earn sick time – especially given the huge health and economic benefits for workers, businesses and public health? The political opposition to earned sick days comes primarily from business associations and lobby groups that threaten job losses if people can earn paid sick time. Of course, they ignore that after Connecticut passed a paid sick days law, employment grew in the economic sectors most likely to be affected by it. Washington Policy Watch, 3-4-13. 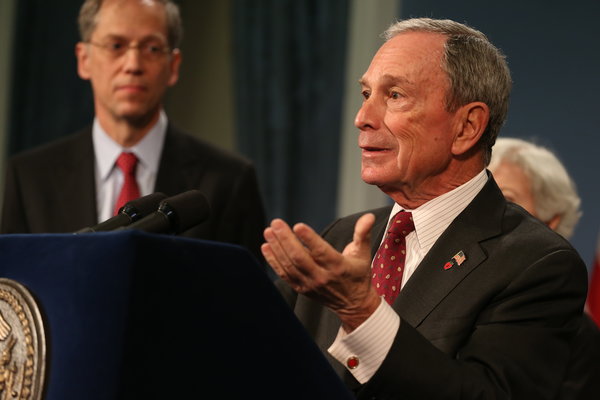 A judge struck down New York’s limits on large sugary drinks Monday, one day before they were to take effect, in a significant blow to one of the most ambitious and divisive initiatives of Mayor Michael R. Bloomberg’s tenure. In an unusually critical opinion, Justice Milton A. Tingling Jr. of State Supreme Court in Manhattan called the limits “arbitrary and capricious,” echoing the complaints of city business owners and consumers who had deemed the rules unworkable and unenforceable, with confusing loopholes and voluminous exemptions. The decision comes at a sensitive time for Bloomberg, who is determined to burnish his legacy as he enters the final months of his career in City Hall, and his administration seemed caught off guard by the decision. New York Times, 3-12-13.

If Rep. Paul Ryan wants people to take his budget manifestos seriously, he should be honest about his ambition: not so much to make the federal government fiscally sustainable as to make it smaller. His real aim isn’t to balance the budget. It’s to starve the federal government of revenue. Big government, in his worldview, is inherently bad — never mind that we live in an awfully big country. Appearing on “Fox News Sunday,” Ryan said his plan assumes that Obamacare will be repealed. Host Chris Wallace reacted with open disbelief: “That’s not going to happen.” Indeed, to take Ryan seriously is to believe that legislation repealing the landmark Affordable Care Act would be approved by the Senate, with its Democratic majority, and signed by Obama. What are the odds? That’s a clown question, bro. Eugene Robinson, Washington Post, 3-11-13.

Wall Street billionaires and other supporters claim that changing the consumer price index is a “minor tweak.” Tell that to the millions of senior citizens trying to survive on just $14,000 a year whose Social Security benefits would be cut overall by $112 billion during the next decade. A chained CPI would do more than cut Social Security. It also would cut the benefits of more than 3.2 million disabled veterans in this country. Sen. Bernie Sanders, The Hill, 2-11-13.