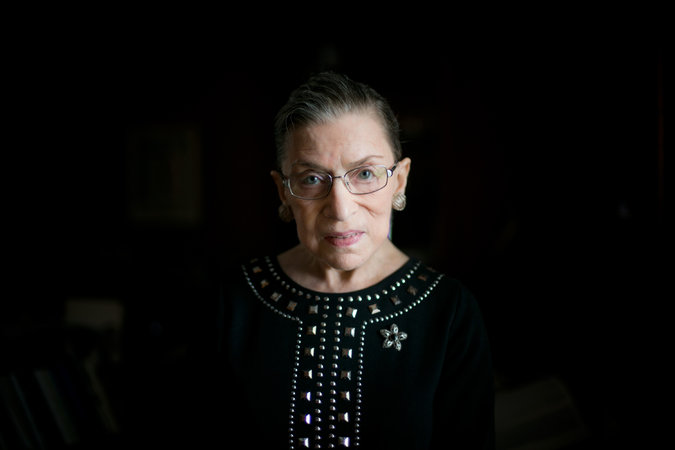 When Justice Ruth Bader Ginsburg reflects on the Supreme Court’s recent rulings, she sees an inconsistency. In its gay rights rulings, she told a law school audience last week, the court uses the soaring language of “equal dignity” and has endorsed the fundamental values of “liberty and equality.” Indeed, a court that just three decades ago allowed criminal prosecutions for gay sex now speaks with sympathy for gay families and seems on the cusp of embracing a constitutional right to same-sex marriage. But in cases involving gender, she said, the court has never fully embraced “the ability of women to decide for themselves what their destiny will be.” She said the court’s five-justice conservative majority, all men, did not understand the challenges women face in achieving authentic equality. Justice Ginsburg is not the only one who has sensed that cases involving gay people and women are on different trajectories. New York Times, 8-4-14.