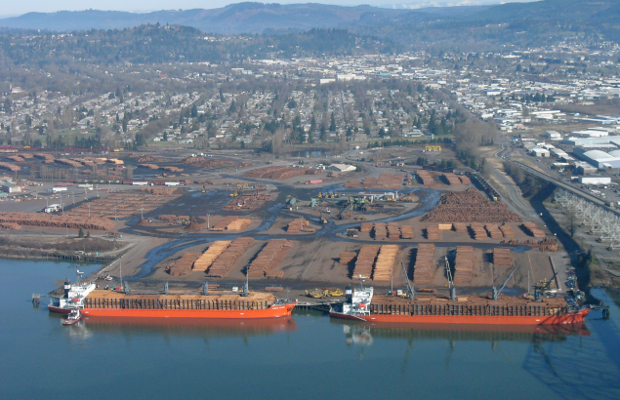 The Port of Longview

In early July, 120 mostly poor and immigrant port truckers set up picket lines at three trucking companies in LA-Long Beach Harbor, extending their longstanding campaign to unionize. The next day, workers from the powerful and historically militant International Longshore and Warehouse Union honored the truckers’ picket by walking off their jobs, immediately shutting down three waterfront terminals. The dockworkers had found themselves contractually free to refuse to cross the port truckers’ line, when their union’s agreement with the Pacific Maritime Association (PMA) had expired a short time before. But almost immediately, a waterfront arbitrator ordered the longshoremen back to work. The ILWU had suddenly and without warning extended their agreement with the PMA for three days. Following the rules of their own contract, the union told its members to cross the truckers’ pickets and return to their jobs. This action was in line with the ILWU’s informal pact with the PMA to maintain the flow of work after their contract had run out, and it snuffed out any potential the embryonic solidarity of the longshore workers and port truckers might have had to shift the balance of power between themselves and their employers. In a small way, it encapsulated the two previous years of the union’s evolution. Jacobin Magazine, August 2014.