The Darigold Teamsters were “just practicing,” but these negotiations were deadly serious. The 2004 bargaining cycle at Darigold included a lockout.

Teamsters production workers and lab technicians, employed by Darigold, have overwhelmingly ratified a new labor agreement Sunday that provides wage increases, health care protections, and retirement security for 220 workers and their families.  “Teamsters at Darigold showed tremendous solidarity and resiliency throughout the bargaining process,” said Tracey Thompson, Secretary-Treasurer of Teamsters Local 117.  “The strength of our members and our strong community partnerships made this deal possible.” Several proposed changes to working conditions became central issues during bargaining, but were ultimately resolved when the Union and Darigold last met on December 5. Bargaining between the Union and Darigold began in April, and Teamsters at Darigold had been working without a contract since June. Teamsters Local 117, 12-8-13.

The Seattle City Council Monday is expected to approve legislation that strengthens protections for city employees who feel retaliated against for reporting misconduct in the workplace. The biggest change will be that complaints of retaliation will be turned over to the independent Seattle Ethics and Elections Commission. Those complaints now are the responsibility of the mayor’s office, which typically asks the employee’s own department to investigate. “It’s problematic when the executive branch is effectively investigating themselves,” said Council member Tim Burgess, chair of the Government Performance and Finance Committee, which approved the new rules last week and forwarded them to the full City Council for final action. Seattle Times, 12-8-13.

Catering to Boeing’s corporate demands is beneath us

When Seattle’s new socialist City Council member called for the workers to take over Boeing’s factories, she was widely, justifiably mocked for cluelessness about the ways of free enterprise. “Socialism off to a Poor Start in Seattle,” read a typical critique in Slate magazine. It argued that socialists like Kshama Sawant just don’t get business, and added, unnecessarily, that capitalist executives do perform useful tasks, such as raising capital and finding new customers. All true. The notion that the commoners might take over the means of private production is, indeed, crazy. So isn’t it also crazy that we commoners now are being asked to finance the means of production? I’m referring to the ceaseless demands of the Boeing Co., which is becoming peerless in its pursuit of public subsidies. Danny Westneat, Seattle Times, 12-7-13.

RaeAnn Patikias, with her dog Quinn, is helped by volunteer Nicole Castillo, left, with food at the Women’s Resource Center food bank in Wenatchee.

A good Thanksgiving meal followed by a three-day weekend of shopping—what more could we be grateful for? Some of us can give thanks that the Great Recession didn’t leave us impoverished. From 2008 to 2011, nearly 10,800 people in Chelan, Douglas, Grant, and Okanogan counties were added to the number of people living below the federal poverty level, U.S. Census Bureau figures show. By the end of 2011, the number of poor people in the four counties had grown to 45,800 people. That included about one in five people in Grant and Okanogan counties, and one in six people in Chelan and Douglas counties. Adjusted every year, the poverty level this year is an annual income of $11,490 for a single person, or $23,550 for a family of four. Lael Duncan, executive of the Okanogan County Community Action Council, said many of the those living in poverty are working families who just can’t make it on their paycheck. Wenatchee World, 12-7-13. No need to fear — the Capitol will remain empty through the holidays as all talk of a pre-Christmas special session has gone out the window.

Looks like lawmakers can start making holiday plans as negotiations on a transportation deal remain snarled by demands for big reforms, and all thought of a pre-Christmas special session has gone out the window. But some lawmakers are talking up the possibility of an unusual new year special session that might be held in January before the Legislature launches its regular session on Jan. 13. All depends on whether a deal can be struck in time. Democrats plan to unveil a new proposal Monday as back-room talks continue. Lawmakers now are contemplating a deal upwards of $10 billion and which would raise the state gas tax by more than a dime a gallon. Washington State Wire, 12-7-13.

Senate Democratic leader aims to put caucus back on top

State Sen. Sharon Nelson (D-34) has a tough job this coming session: proving that her caucus still has clout. Nelson, 62, recently replaced Sen. Ed Murray (D-43), now mayor -elect of Seattle, as the Senate Democratic leader, taking over at a time when her party is at its lowest ebb in 16 years. Bill Clinton was still president the last time Senate Democrats had only 23members. Republicans, conversely, gained a member during the November elections, giving the GOP-led majority 26 seats, and more control. In practical terms, Democrats are largely on the sidelines while Republicans run the Senate. Nelson, of Maury Island, views the session that starts Jan. 13 as a chance to show voters her caucus should be put back in control. Democrats, she said, plan to highlight differences between the two parties on issues such as transportation and the environment, as well as a measure that would require insurance companies to cover abortions. Seattle Times, 12-8-13.

Washington residents are buying handguns faster than information on the buyers, sellers, and weapons can be put into the state’s firearms database used by law enforcement. The Department of Licensing began November with a backlog of about 106,000 pistol transfers to enter into the database used by city, county, and state authorities to find owners of handguns that turn up during investigations. Last week, employees in the state agency were handling purchases made in March, punching in details on the make, model, serial number, and caliber of weapons, and who bought them. With existing staff unable to catch up, the department is asking the governor and lawmakers for $409,000 in next year’s supplemental budget to hire several part-timers to clear away the paperwork that is piling up. Everett Herald, 12-8-13. 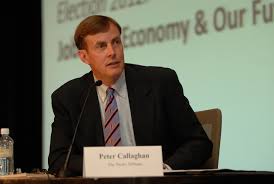 It’s a dance performed around the state a couple of times each year. A member of the Legislature or county government resigns—either to take on a different office or to “spend more time with my family.” The local party apparatus begins a process that gives them relevance: the constitutional duty to nominate three people for the vacant post. Then, the county legislative authority—county councils or county commissions—appoints one of the three. Giving local party committees that much of a role was probably always more power than they should have had. So says Peter Callaghan, Tacoma News Tribune, 12-8-13.

Members of the Washington Legislature can’t always pick their committee assignments, but there’s no reason they can’t join the Open Government Caucus, a bipartisan forum to be launched soon. Rep. Gerry Pollet (D-46) and Rep. Brad Hawkins (R-12) are spearheading this effort to discuss how to make government at all levels more open and accessible, and they’ve sent invitations to all legislators. Open government advocates and interested parties can attend these twice-a-month sessions to listen and participate in discussions on such topics as public records requests, open meetings laws and using the Internet to push more information out to the public in an easy-to-use way. Spokesman-Review, 12-7-13. 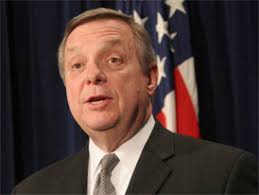 A senior Democrat said Sunday he hoped an emerging deal on the US budget would include an extension of unemployment benefits, but added that his party would not necessarily walk away from an agreement that left it out. “I don’t think we’ve reached that point where we’ve said, ‘This is it, take it or leave it,'” Senator Richard Durbin (D-IL) told ABC’s This Week, when pressed on whether his party would insist on including jobless aid in a final deal. Durbin, the second-ranking Senate Democrat, said that based on what he had heard from Senator Patty Murray, (D-WA), the lead Democratic negotiator on the budget, the fiscal talks are making progress and moving in the right direction. (Murray’s  Seattle office phone is (206) 553-5545. She needs to hear that extension of unemployment benefits is non-negotiable, and must be part of any budget agreement.) The Guardian, 12-8-13.

The GOP’s cure for unemployment? Punish the unemployed

Six years have passed since the United States economy entered the Great Recession, four and a half since it officially began to recover, but long-term unemployment remains disastrously high. And Republicans have a theory about why this is happening. Their theory is, as it happens, completely wrong. But they’re sticking to it — and as a result, 1.3 million American workers, many of them in desperate financial straits, are set to lose unemployment benefits at the end of December. Now, the GOP’s desire to punish the unemployed doesn’t arise solely from bad economics; it’s part of a general pattern of afflicting the afflicted while comforting the comfortable (no to food stamps, yes to farm subsidies). But ideas do matter—as John Maynard Keynes famously wrote, they are “dangerous for good or evil.” And the case of unemployment benefits is an especially clear example of superficially plausible but wrong economic ideas being dangerous for evil. Paul Krugman, New York Times, 12-8-13.

Detroit ruling opens door to pension cuts across the nation 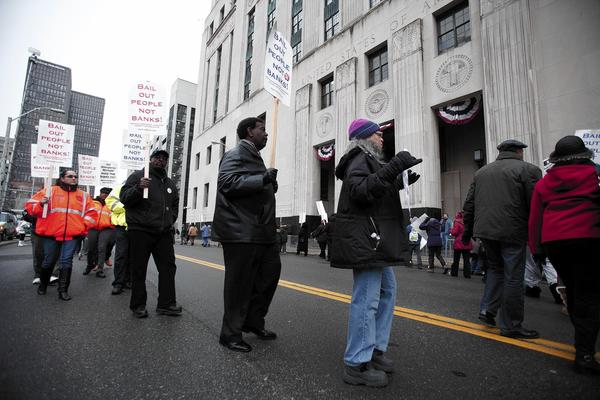 People protest outside the courthouse where U.S. Bankruptcy Judge Steven Rhodes ruled that Detroit was eligible for bankruptcy protection and that its workers’ pensions could be cut.

It’s not just Detroit retirees who are worried about their pensions. Financially troubled cities in California, Illinois, and Pennsylvania will soon face decisions on what to do with chronically underfunded pension funds, and experts say the Detroit ruling has made it easier for cities to argue that pensions must be cut. For decades, representatives of public-sector pensions have depended on constitutional provisions in various states, including Michigan and Illinois, that protected pensions. Now, U.S. Bankruptcy Judge Steven Rhodes’ ruling has shown that federal bankruptcy laws preempt those state provisions. Any city that has underfunded pensions and troubled finances could soon look to bankruptcy as a way out of paying pensions, experts say, as long as their state allows them to file for Chapter 9 protection. Los Angeles Times, 12-7-13.

Is a ‘Teachers’ Spring’ coming?

The PISA scores are out and American students are ranking pretty low.  All who follow the corporate line are up in arms and blaming our educational system. For once they are right. Although American students have never scored high in these international tests, it only goes to show that the billions upon billions of dollars spent the last dozen years on testing, testing, testing, curriculum writing by non-teachers, privatization, charter schools, etc. have failed in their mission to remake our public school system for the better. No Child Left Behind and Race to the Top are abject failures, except for those who profited off all the snake oil that has been peddled by both parties. There is a sea change in public education that could be the forerunner of a Teachers’ Spring. Myles Hoenig, Dissident Voice, 12-3-13.

The two drugs have been declared equivalently miraculous. Tested side by side in six major trials, both prevent blindness in a common old-age affliction. Biologically, they are cousins. They’re even made by the same company. But one holds a clear advantage. Avastin costs about $50 per injection. Lucentis costs about $2,000 per injection. Doctors choose the more expensive drug more than half a million times every year, a choice that costs the Medicare program, the largest single customer, an extra $1 billion or more annually. Spending that much may make little sense for a country burdened by ever-rising health bills, but as is often the case in American health care, there is a certain economic logic: Doctors and drugmakers profit when more-costly treatments are adopted. Genentech, a division of the Roche Group, makes both products but reaps far more profit when it sells the more expensive drug. The doctors? They get to rip off Medicare. Washington Post, 12-7-13.