Gov. Jay Inslee spent an hour in Bellevue talking with management and union officials Monday morning, in an effort to thaw that labor dispute that’s caused a nearly four-week delay in the Highway 99 tunnel project. The International Longshore and Warehouse Union is picketing at Terminal 46 on the Seattle waterfront, where excavated muck is supposed to be loaded onto barges and shipped to a quarry near Port Townsend. The Seattle Tunnel Partners group intends to use building-trades members instead of longshoremen to work a conveyor belt, drive a front-end loader, and position the barge at T-46.  Currently, the conveyor belt isn’t moving and tunnel boring machine Bertha isn’t drilling. The back half of the machine has yet to escape the launch pit in Sodo. The governor is likely to make a public statement Tuesday. Seattle Times, 9-16-13.

Big Murray lead in poll; neither camp believes it

State Sen. Ed Murray has a 52-30 percent lead over incumbent Mayor Mike McGinn in a new SurveyUSA poll for KING-5 News, but neither the Murray nor McGinn camp believes the November election will produce anywhere near that kind of gap between the candidates. The race will be “significantly closer than these numbers would indicate,” said Sandeep Kaushik, a Murray strategist.  The contest will be “much closer” added John Wyble from the McGinn camp.  He noted that only 10 percent of those polled were cell phone users, and that the poll gives Murray a 17-point lead among voters under 34 — a big part of McGinn’s base. It’s probably the only time this year that Kaushik and Wyble will agree on anything. Seattle P-I, 9-16-13.

An internal poll released by the Shari Song campaign finds the Democratic newcomer within striking distance of Republican incumbent Reagan Dunn in the race for his King County Council 9th District seat. Dunn, who barely won his own district in losing his high-profile statewide race for Attorney General, leads Song by a 14-point margin in the initial polling. But once respondents hear the Song campaign’s messaging, she jumps to a 7-point lead. The Stranger, 9-16-13.

A campaign being waged at community fairs and chambers of commerce has drawn the attention of Big Tobacco, Big Beer, and a San Francisco billionaire fighting global warming. Those interests may not claim Washington’s 26th District as their home, but they are competing all the same to win votes in Gig Harbor, Port Orchard, and Bremerton. Out-of-state money is a big part of the funding that has fueled about $400,000 worth of independent spending in the state Senate race with seven weeks to go. The candidates, Rep. Jan Angel (R-26) and Sen. Nathan Schlicher (D-26), have spent slightly more, but with a much larger share of their contributions coming from in state. The biggest players in the race from outside the Pacific Northwest include national Republican and Democratic groups, companies such as Altria Client Services and Miller Coors, and, by far the largest contributor, California environmentalist Thomas Steyer. Tacoma News Tribune, 9-16-13.

Inslee increases pay for half of state cabinet members

Gov. Jay Inslee has raised the pay for about half of his 25 major-agency Cabinet positions since taking office in January. Because Inslee also cut pay by 17 percent for the Puget Sound Partnership’s new director, the net taxpayer cost of the 13 pay raises is about $63,440 a year – just a fraction of the $3.6 million annual payroll for the top jobs. The biggest raise – more than 17 percent – went to Department of Licensing director Pat Kohler, upping her pay to $141,552. The next biggest pay hike was almost 15 percent to Health Care Authority director Dorothy Frost Teeter, who now earns $151,704 – the same as the pay for the leaders of Commerce, Employment Security, State Patrol, and Office of Chief Information Officer. Olympian, 9-15-13. 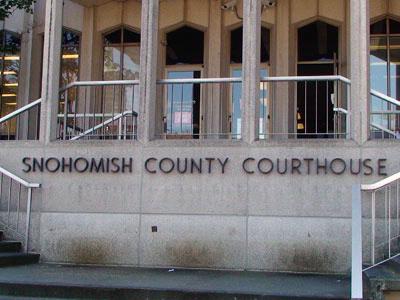 The Snohomish County Council reacted with collective sticker shock Monday after hearing the latest cost estimates for a new county courthouse. Instead of the $75 million under discussion for a year, they’re now hearing estimates that exceed that figure by up to $80 million. Deputy Executive Mark Ericks cautioned that it won’t be possible to pin down more precise numbers until the council decides on where to build the new courthouse. “There wasn’t then, nor is there now, a $75 million option that will satisfy our needs,” Ericks told a council committee Monday afternoon. Ericks said he believed the low-ball estimate, developed during the watch of previous county executive Aaron Reardon, was “a matter of having unrealistic expectations or wishful expectations,” not of deliberate deception. Everett Herald, 9-17-13.

Millennium Bulk Terminals-Longview LLC has proposed building and operating a facility in Longview capable of handling up to 44 million tons of coal annually. The coal would be sent by rail from the Powder River Basin of Wyoming and Montana, through Vancouver en route to Longview, then shipped to energy-hungry markets including Asia. Cowlitz County, the state Department of Ecology, and the U.S. Army Corps of Engineers are holding meetings to ask what should be considered in a broad environmental review of the proposal. Similar meetings on another coal project last year drew thousands of people across the state. FAQ from Vancouver Columbian, 9-16-13.

Doors open for migrant students to attend and succeed at UW, other colleges

Jose Carmona, 21, is preparing to begin his fourth year at the University of Washington, where he’s majoring in public health and plans to attend medical school. Carmona is from Wapato, Yakima County, where his family picks fruit in the orchards.

The federally funded College Assistance Migrant Program (CAMP), which operates at the University of Washington and 39 others across the country, is helping the children of migrant and seasonal farming families not only reach college but negotiate the academic, financial, and cultural pressures of that crucial first year, with a focus on staying in school. Six other campuses across the state also operate CAMP programs. This month, the U.S. Department of Education, which oversees it, awarded the UW program a No. 1 ranking for achieving perfect scores on two key performance measures last year: All 61 CAMP participants completed their first year and continued on to their second year. It was the only program to achieve that distinction. Seattle Times, 9-16-13. 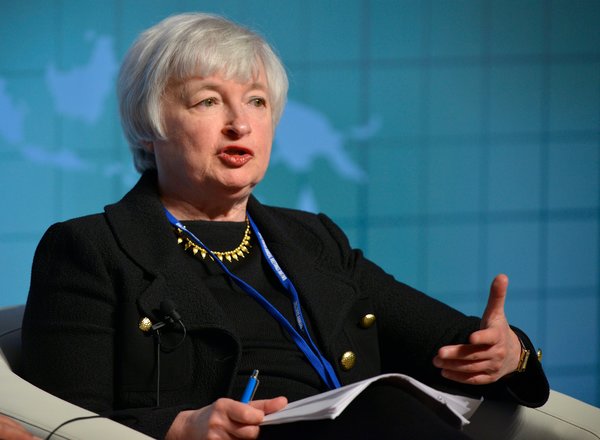 Janet L. Yellen told friends in recent weeks that she did not expect to be nominated as the next chairman of the Federal Reserve. Although she had been the Fed’s vice chairman since 2010 and would make history as the first woman to hold the job, President Obama’s aides made clear throughout the summer that he wanted Lawrence H. Summers, his former chief economic adviser. Now, awkwardly, it appears that the president may have to circle back to Ms. Yellen after Mr. Summers withdrew from consideration on Sunday, bowing to the determined opposition of at least five Senate Democrats. On Monday, Yellen became the front-runner by elimination, officials close to the White House said. New York Times, 9-16-13.

ACLU calls on Obama, Congress to rein in power of the FBI

As James Comey takes over as the new FBI director, the American Civil Liberties Union is calling on the Obama administration and Congress to rein in the increasing power of the agency. In a critical 63-page report that will be issued Tuesday, the ACLU says the powers of the FBI have expanded too dramatically over the past 12 years, transforming the Bureau into a “secret domestic intelligence agency.” The ACLU report, entitled “Unleashed and Unaccountable: The FBI’s Unchecked Abuse of Authority,” compiles examples of the changes of law and policy since the Sept. 11, 2001, attacks on the United States, which the group says “unleashed the FBI from its traditional restraints and opened the door to abuse.” Washington Post, 9-16-13.

Aerial view of site for giant proposed Pebble Mine near Bristol Bay in Alaska. Frying Pan Lake, pictured here, would disappear beneath a giant pile of tailings. Bristol Bay is one of the world’s geatest fisheries.

The British mining giant Anglo American is pulling out of a huge proposed gold and copper mine near Bristol Bay in Alaska, a project which has drawn strong opposition from commercial fisheries interests, Alaska natives, restaurants, and conservation groups in the Puget Sound area. “This is great news for salmon and for jobs in the Pacific Northwest:  Safeguarding our headwaters and protecting key salmon spawning grounds is critically important,” said Sen. Maria Cantwell (D-WA), an outspoken critic of the project.  “Our Washington and Alaska economies depend on it.” The open pit mine and its system for holding toxic tailings would be located cheek-to-jowl with upstream waters of the Kvichak and Nushagak Rivers, two of the major salmon spawning habitats in the Bristol Bay fishery. Seattle P-I, 9-16-13.

When women don’t vote for women

In her concession speech at the end of the 2008 Democratic Presidential primary, Hillary Clinton said to those who had supported her, “You can be so proud that, from now on, it will be unremarkable for a woman to win primary-state victories, unremarkable to have a woman in a close race to be our nominee, unremarkable to think that a woman can be the President of the United States.” To think it, though, is not the same as to know it. We still don’t know, actually, that a woman can be elected the President of the United States, or even the Mayor of New York City. I voted for Bill de Blasio in New York’s Democratic mayoral primary (last) Tuesday, because I agree, on the whole, with his politics. I have favored him for months, as the more I learned about City Council Speaker Christine Quinn, the less I could abide her record on paid sick days, stop-and-frisk, and on Michael Bloomberg’s overturning of term limits. It was shocking, still, to see how handily de Blasio outdid Quinn. She’d seemed a sure thing several weeks ago but, in the end, didn’t come close to forcing her way into a runoff for the Democratic nomination. Why was there such a persistent reluctance, maybe even refusal, to vote her in? Emily Greenhouse, New Yorker, 9-14-13.