As Seattle’s mayoral race enters a one-month sprint to the Aug. 6 primary, the contest has centered more on leadership style than on any major policy dispute. Specifically, the style — and effectiveness — of Mayor Mike McGinn, the bike-riding urbanist who came to office as a political outsider four years ago. At candidate forums and other appearances, McGinn’s major rivals frequently sound like a “me, too” chorus when they talk up their desire for a progressive city where people can increasingly get around by bus, bike, and train. But the mayor’s challengers argue McGinn has proved too divisive to achieve those shared goals. Seattle Times, 7-8-13.

A study released today by the University of Washington shows that a majority of Seattle employers were noncompliant with the city’s Paid Sick Leave ordinance when the progressive law went into effect last September. The law, which applies to over 11,000 local employers, most of whom have fewer than 50 employees, was designed to discourage employees from working while sick by not monetarily penalizing them for missing work. The study, which randomly sampled 1,400 employers throughout the city, found that “at or near the time the ordinance went into effect, over two-thirds of Seattle employers were noncompliant or in only partial compliance.” The Stranger, 7-8-13. 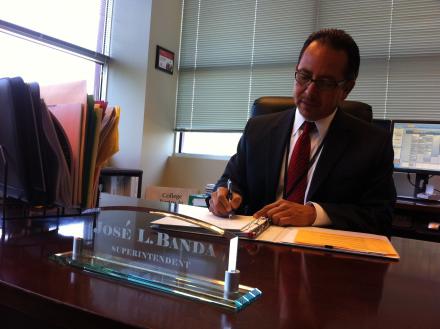 Seattle’s superintendent of schools was hired in hopes that he could avoid some of the turmoil and scandal of recent years. Jose Banda just wrapped up his first year in charge, and can claim some high-profile accomplishments. But some of the melodrama still lingers, with the school board sharply divided over its own role, and that of the superintendent. The board recently gave Banda a one-year review of his job performance, and the results are telling. A supermajority of board members gave Banda very high marks on nearly all the criteria they were asked to judge. But a minority of the board diverged sharply, deeming Banda’s performance “unsatisfactory” or “below expectations.” The divisions were echoed in a self-evaluation of the board’s own performance. Banda said the job review process took place over several weeks, and that he believes by the end he was able to win over the skeptics. KPLU, 7-8-13.

CRC and industry: Failure seen as opportunity lost for county

A worker uses a grinder inside Thompson Metal Fab.

Thompson Metal Fab, located at the former Kaiser Shipyard site on the Columbia River, would have had to relocate if a new bridge had been built. But the company hoped to win large construction contracts from the project. Many local companies and the Port of Vancouver favored the Columbia River Crossing project, which was declared dead by Washington and Oregon governors after Washington’s Senate rejected state funding last weekend. The Port of Vancouver had favored a new bridge to improve freight mobility along a riverfront filled with transportation-dependent companies. Local economic development officials fear that the prospect of continued chronic congestion at the Interstate 5 crossing will deter companies from moving or expanding in Clark County. Vancouver Columbian, 7-7-13.

No COLA, but no cuts, for state employees 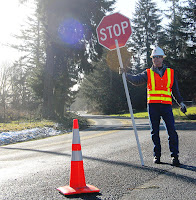 State employees will see few major gains — but also few pains — as a result of the 153-day legislative session that ended June 29. Pay for most Washington state government employees snapped back to 2011 levels on July 1 as a two-year, 3 percent cut in compensation and hours worked was allowed to expire. Just as they have for four previous years, most state agency workers will not see cost-of-living pay hikes this month. But there will be changes for many, and the question of pay is complicated — with most workers becoming eligible for 1 percent pay raises in July 2014 if state revenue recovers enough to trigger a provision in contracts. Also, nearly 17,000 general-government workers — out of roughly 59,000 on the payroll — become eligible to get step-pay raises of 2.5 percent this month if they have worked at least six years and are at the top of their pay range. On the down side, some workers can expect to pay more for health care. Olympian, 7-7-13.

Pressed to address the many recent hospital mergers and affiliations with Catholic health-care systems that proscribe some types of reproductive and end-of-life care, Gov. Jay Inslee has directed the state to modernize its process for approving changes in hospital ownership or delivery of care. In response, the American Civil Liberties Union (ACLU), in a letter signed by eight other groups, said the governor’s action was an important step but far from the only one needed. It said restrictions on patient access based on religious doctrine already have occurred. Inslee said the Office of Financial Management would review specific access-to-care concerns the ACLU identified. Seattle Times, 7-7-13.

Furloughs set to begin this week at JBLM 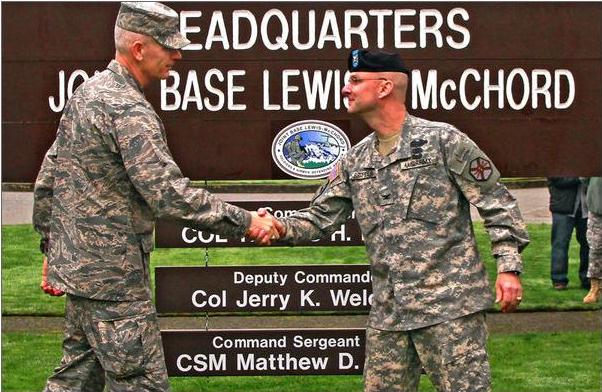 Joint Base Lewis-McChord Deputy Commander Air Force Col. Jerry K. Weldon II , left, and Commander Army Col. Thomas H. Brittain shake hands after the unveiling of the JBLM sign during a ceremony at the Joint Base Garrison building Monday morning, Feb.1, 2010. Fort Lewis and McChord AFB officially combined in 2010 as a way to streamline operations and save taxpayer money.

Unpaid furloughs for thousands of workers at Joint Base Lewis-McChord will cause restrictions on Army training and halt the basic administration of running the largest military installation on the West Coast for the next 11 Fridays, according to an operations plan released by the base. More than 10,000 civilian employees at Lewis-McChord are scheduled to start taking one unpaid day off each week for 11 weeks between Monday and Sept. 30. The furloughs are one of the ways the Pentagon is cutting costs because of the forced federal spending reductions known as sequestration. Friday office closures will hit Lewis-McChord’s Waller Hall, where military service members check in when they arrive for assignments at the base to receive identification cards and learn how to get settled in Washington state. Tacoma News Tribune, 7-8-13.

Washington’s weary lawmakers may be steered into another special session this fall if House and Senate leaders can bridge their differences on a multibillion-dollar transportation funding plan. The governor isn’t ruling out the option. And a leader of the Senate’s ruling coalition suggested it might be possible in November when lawmakers will be in town for scheduled meetings. But Gov. Jay Inslee and Sen. Rodney Tom (“D”-48) both know significant hurdles stand in the way of approving what is now a nearly $10 billion proposal anchored by a 10.5-cent increase in the gas tax. “I think it’s a big enough deal that if they can reach a deal they need to reconvene as soon as possible and pass it,” said King County Executive Dow Constantine. “I don’t see any point calling a special session if they are going to have the same stalemate they’ve had the last few months.” Everett Herald, 7-9-13.

We have heard this before, but here we go again: Senate Democrats plan challenge to GOP filibuster use

In a move that could bring to a head six months of smoldering tensions over a Republican blockade of certain presidential nominees, Senate Democrats are preparing to force confirmation votes on a series of President Obama’s most contentious appointments as early as this week. If Republicans object, Democrats plan to threaten to use the impasse to change the Senate rules that allow the minority party wide latitude to stymie action. Through the filibuster and other delaying tactics, Republicans have slowed the confirmation process as the president tries to install the team that will carry him through his second term. But Democrats and their majority leader, Senator Harry Reid of Nevada, now say they have reached the point where they believe that the only way to break the logjam is to escalate the fight. New York Times, 7-8-13.

Armed teachers in schools? Not if insurers have any say

A new Kansas law allowing gun owners to carry weapons in public buildings, including schools, has thrust a major Des Moines-based insurer into the national gun control debate. The EMC Insurance Cos. insures 85 percent to 90 percent of all Kansas school districts and has refused to renew coverage for schools that permit teachers and custodians to carry concealed firearms on their campuses under the new law, which took effect July 1. It’s not a political decision, but a financial one based on the riskier climate it estimates would be created, the insurer said. State Rep. Chip Baltimore, chairman of the Iowa House Judiciary Committee, said he declined to allow a bill similar to Kansas’ to advance through his committee in the Legislature this year. Opening up school campuses to people who are not law enforcement officers with weapons can create problems, both for insurers and for officials charged with school safety, Baltimore said. Des Moines Register, 7-7-13.

When Eliot Spitzer resigned as New York governor amid a humiliating prostitution scandal, no one cheered louder than Wall Street. More than five years later, the industry’s outspoken antagonist is attempting to make a political comeback – one that could cause serious headaches for bankers and across corporate boardrooms. Spitzer, 54, is vying to be the next New York City comptroller. The job carries far less public prominence than governor or attorney general, the post from which Spitzer earned the nickname “Sheriff of Wall Street” for his battles with American International Group and the New York Stock Exchange, among others. But it would provide Spitzer with enough power to get back in the face of corporate America and the finance industry. Politico, 7-8-13.

When Vancouver City Councilman Jack Burkman got an email last month from the Clark County Democratic Party chairman about a chance to interview with the central committee, his first thought wasn’t how to win the party’s endorsement. It was that the political party shouldn’t be making endorsements at all. “Thank you for this offer, but I ask you not to move … into formally endorsing in nonpartisan races. You will be fundamentally changing the character of these races,” Burkman wrote back to Mike Heywood, the party’s county chairman. “When you formally endorse as an organization, you cross a line I believe will harm our community.” Several share Burkman’s concern that increased party involvement will distort nonpartisan races and impose rigid thinking on civic leadership, while others say it’s healthy for local democracy. For better or worse, the parties are more involved in nonpartisan races this year. (We wonder what planet Burkman has been living on.) Vancouver Columbian, 7-7-13.