The only way for Democrats to win 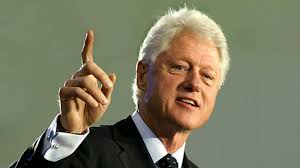 As Democrats mutter privately that their Senate majority is sinking beneath the waves, their leadership has sent out an SOS. It’s all hands on deck, unless those hands belong to the President of the United States. Because only Michigan Rep. Gary Peters among Democratic candidates for the Senate wants Obama in his state campaigning, the challenge of saving the Senate has fallen to another president. I heard from a Democratic senator this week that influential Democrats are pressuring Bill Clinton to frame a closing argument for the Democrats that focuses on the economy. In his 2012 speech at the Democratic National Convention, Clinton became Obama’s “Secretary for Explaining Stuff” (although the word wasn’t stuff). This is more explicit and humiliating for the incumbent. The president and former president, who once despised each other, are cordial but far from friendly. Now Obama needs his predecessor to help prevent a solid Republican Congress from hassling him all the way to January 20, 2017. As important as the messenger is here, the message—jobs—is even more so. The Democrats’ inability to stress what voters keep telling them is their biggest concern is perplexing. I understand why the White House has trouble getting credit for improving the economy when wages are stagnant and life is still so hard for so many in the shrinking middle class.  And I get why Democratic candidates don’t want to lash themselves to the economic policies of an unpopular president. What I can’t fathom is why Democrats don’t pick low-hanging fruit—the jobs issues that poll after poll shows are much more critical to voters than ISIS, Ebola, and the Keystone pipeline, not to mention vaginal probes and whether some candidate voted for Obama. Jonathan Alter, Daily Beast, 10-24-14.