An unprecedented filing by the Department of Justice in a class-action lawsuit in Mount Vernon and Burlington signals a watershed solution to the country’s crisis in indigent defense: a first-ever federal-court takeover of a local public-defender agency. Mount Vernon and Burlington are at the center of a groundbreaking civil-rights lawsuit over indigent defense filed two years ago by the American Civil Liberties Union, alleging misdemeanor defendants were given little more than a “meet ’em, greet ’em and plead ’em” defense by a pair of public defenders expected to handle more than 2,000 cases a year. Seattle Times, 9-7-13. The U.S. Army Corps of Engineers and the state Department of Ecology are going their separate ways – they won’t be writing joint environmental impact statements on two coal-port proposals after all. The two agencies announced their split Friday in the quietest way possible – with a notice in the Federal Register from the Army Corps indicating that it will be working on a separate environmental review on the Millennium project at Longview. In response to a reporter’s query, the federal agency confirms that it also will work separately on a review of a Bellingham-area coal-port proposal. The obscure nature of the announcement belies its significance: It demonstrates that the feds aren’t on board with Ecology’s scope. Washington State Wire, 9-7-13.

A proposed expansion of powers for Spokane police expected to decrease criminal behavior downtown has been partly blocked by City Council President Ben Stuckart after detractors said it would “criminalize homelessness.” Stuckart said he agreed with the primary motivation of the proposals, but believed they were too broadly written. “We need to have an inviting city. It’s not just, ‘We don’t want “these people” down here,’ ” Stuckart said. “Laws alone aren’t going to solve this, but they are useful tools.” Specifically, Stuckart disagreed with strengthening prohibitions against sitting or lying on public walkways, and he has held the ordinance back from a vote by the Council until exceptions are added to protect homeless people. Spokesman-Review, 9-8-13.

Mabton council candidate says he wants to put past behind him

A City Council candidate with a criminal past is asking voters to focus on the man he is now and what he wants for Mabton’s future. “Was I young and dumb? Yeah, I was,” said Freddy Perales, 24, of his laundry list of minor, if sometimes strange, run-ins with authority. “I’m human.” Among the incidents are anti-harassment orders, reckless driving, and impersonating a police officer to a car full of teenage girls. However, Perales, seeking Position 3 on the Mabton City Council in the November election, insists those days are over and wants a chance to give back to the town of 2,000 where he has spent nearly all his life. His opponent, four-year incumbent Mark Gorneau, said, “I probably wouldn’t be voting for him.” He declined to say more. Yakima Herald-Republic, 9-8-13.

Earmarks on rise again in Olympia

After a long dry spell, state lawmakers loaded up on earmarks benefiting their home districts this year, spending more than $170 million on projects such as parks, museums, even wood-pellet stoves for schools — all with little public debate and often vague descriptions in the budget. Funding has reached an apparent high after shrinking dramatically during the economic downturn and is helping pay for everything from a college radio station to a monument honoring a Russian ship. While not a lot of money compared to the overall $3.6 billion, two-year capital budget, which funds public works such as sewers and school construction, some lawmakers argue the spending needs to be reined in. Seattle Times, 9-7-13. 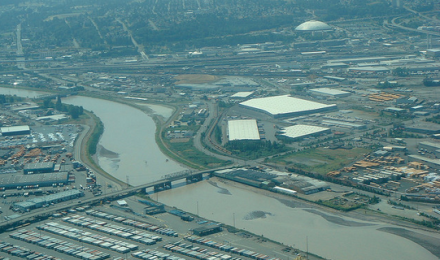 A fuel terminal developer has unexpectedly scrapped a project at the Port of Tacoma. It was intended to receive crude oil by rail. The reasons for the cancellation are murky. At the beginning of this year, fuel handler Targa Sound Terminal announced plans for a $150 million tank farm and rail yard at the Port of Tacoma. Targa said its terminal expansion could receive North Dakota crude and other liquid fuels for transfer to seagoing tankers and barges. The lease with the port included an escape clause in the event of an unfavorable feasibility study. And that’s what happened. Messages seeking further explanation from the company were not immediately returned. KPLU, 9-6-13.

Sen. Elizabeth Warren (D-MA) and AFL-CIO President Richard Trumka denounced the United States Supreme Court Sunday as a right-wing panel that serves the interests of corporate America, previewing a theme that is likely to rise in prominence with the approach of the 2016 election. On the opening day of the AFL-CIO’s convention, Warren – the highest-profile national Democrat to address the gathering here – warned attendees of a “corporate capture of the federal courts.” In a speech that voiced a range of widely held frustrations on the left, Warren assailed the Court as an instrument of the wealthy that regularly sides with the U.S. Chamber of Commerce. She cited an academic study that called the current Supreme Court’s five conservative-leaning justices among the “top 10 most pro-corporate justices in half a century.” Politico, 9-8-13. Cattle graze in a field near an XL Foods plant in Brooks, Alberta.

A meat inspection program that the Agriculture Department plans to roll out in pork plants nationwide has repeatedly failed to stop the production of contaminated meat at American and foreign plants that have already adopted the approach, documents and interviews show. The program allows meat producers to increase the speed of processing lines by up to 20 percent and cuts the number of USDA safety inspectors at each plant in half, replacing them with private inspectors employed by meat companies. The approach has been used for more than a decade by five American hog plants under a pilot program. But three of these plants were among the 10 worst offenders in the country for health and safety violations, with serious lapses that included failing to remove fecal matter from meat, according to a report this spring by the USDA inspector general. The plant with the worst record by far was one of the five in the pilot program. Washington Post, 9-8-13.

Bill de Blasio and the rebirth of economic liberalism

Good news, for once: Bill de Blasio’s recent surge in the New York City Democratic mayoral primary tells us that, moribund as it may have appeared in recent years, economic liberalism in America is not dead yet. True, it looked to be buried alive until recently, beneath not only exploding economic inequality but also liberals’ own myopia. Nowhere has this pattern been more evident than in the world’s greatest city, where, in the eleven years since billionaire mayor Michael Bloomberg took office, the top 1 percent have garnered a third more of the city’s income than they had before, and where today nearly half of its residents qualify as poor or near poor. De Blasio, a former Brooklyn City Councilman who ascended to the job of public advocate, made a campaign bet that enough was finally enough. He has made economic inequality—a “tale of two cities,” as he calls it—the centerpiece of his campaign. The Nation, 9-8-13.

Charles Koch: Are you surprised?

U.S. education reform isn’t so much a “Race to the Top,” because no matter which schools climb to the top of the ladder first, corporations always win. Morna McDermott mapped the Common Core State Standard Initiative’s corporate connections in a new flowchart, which reveals how corporations and organizations that are members of the American Legislative Exchange Council (ALEC) have funded and perpetuated Common Core standards throughout the states. ALEC has been funded for decades in large part by billionaire brothers Charles and David Koch. According to the Center for Media and Democracy, about 98 percent of ALEC’s funds come from corporations such as Exxon Mobil and corporate foundations like the Charles G. Koch Charitable Foundation. The Common Core State Standard Initiative is part of the larger Race to the Top educational policy announced by President Barack Obama and Education Secretary Arne Duncan in 2009. Truth Out, 9-6-13.