(Daily Clips will not publish Wednesday, August 7, so that the editor can take Election Night off. Clips will be back Thursday, August 8, with the usual post mortems and analyses.)

70% of King County voters not expected to vote in primary

Tuesday is Primary Election Day, and experts predict a low turnout dominated by older voters.  Nearly 70 percent of King County voters are expected to not vote.  Traditionally in a primary, young voters tune out.  Near Amazon in Seattle’s South Lake Union, plenty of young voters said they weren’t planning on voting. “I have the ballot, but probably not,” said one young voter, when asked if he planned to vote. “I too intend to not vote because I work at Amazon and it would take all my time,” said another. (Don’t be like them. Vote, and make sure everyone you talk to has voted.) KING, 8-5-13.

Washington’s marijuana consultant says police should act fast to squash the black market once state-sanctioned stores open. But in Seattle, that could conflict with the will of the voters. Washington’s new law is designed to put the black market out of business, mainly by outcompeting street dealers and illicit growers. But so-called “pot czar” Mark Kleiman told members of the Seattle City Council that law enforcement will be a crucial tool. He said police can help drive customers into the legal market by busting illegal dealers and growers but the government is not ready to do that. Council member Nick Licata was not swayed by Kleiman’s arguments about law enforcement. “I don’t see it as being as critical to the success of converting the underground market to the legitimate market,” he said. KPLU, 8-5-13. 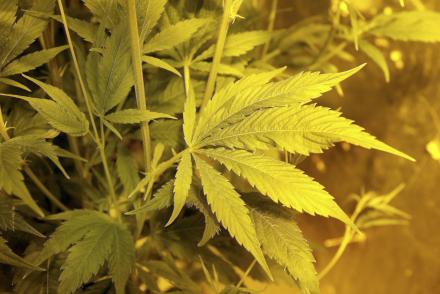 As the state continues to hone its licensing rules for recreational marijuana businesses, local governments are working on land-use regulations that will determine where they can go. King County has drafted a new zoning law for unincorporated areas and is seeking public comment before it’s finalized. John Starbard, King County’s director of permitting and environmental  review, says it’s a historic time in Washington. “It’s like a rollback to eliminating prohibition in the early 30s,” Starbard said. He says it’s hard to know what to really expect when new recreational pot businesses start operating. But for now, the new rule they’ve drafted mostly just tries to fit the three kinds of marijuana companies allowed into existing zoning. KPLU, 8-5-13.

State Rep. Gary Alexander (R-2) says he’s leaving the Legislature at the end of the year—win or lose in the Thurston County auditor’s race. That departure will open up a seat in the libertarian- leaning district that usually favors Republicans. Alexander confirmed Monday his plans to step down–even if he loses re-election to the Thurston County auditor’s job he was appointed to in January to replace Kim Wyman, now secretary of state. Alexander faces Democrat Mary Hall in the election to decide who serves the final year left in Wyman’s original four-year term. Hall lives in Lacey and is Pierce County’s elections supervisor. “I intend to leave my seat in the Legislature when I am elected auditor,’’ Alexander said. If he loses to Hall on Nov. 5, “I’ll finish out the year but not the term.’’ Olympian, 8-5-13.

Clark County voters in November will have their say on the best routes across the Columbia River, and whether light rail and bus rapid transit have a place here. Commissioners Monday decided to place six nonbinding advisory votes on the November ballot. Three measures will ask voters whether they favor an Interstate 5 replacement bridge, or a new bridge to the east or west. Two will ask if commissioners should oppose any light rail or bus rapid transit project not expressly approved by a countywide vote. And the final measure will ask voters if they want to limit use of fireworks to July 4. The commissioners decided to put the questions on the ballot because the county is already asking voters to elect freeholders. The six additional ballot measures will cost the county $107,000. Vancouver Columbian, 8-5-13.

‘Megaload’ to hit the road through Idaho, without federal OK 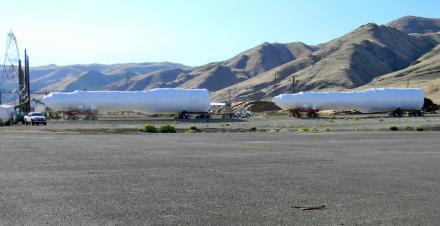 A member of the environmental group Friends of the Clearwater took this photo on July 22 at the Port of Wilma of what appear to be Omega Morgan’s megaload shipments.

The head of the Nez Perce Tribe says he’s “shocked” by the “audacity” of an Oregon shipper that plans to haul extra-large loads through a protected stretch of Idaho. The company said it would start moving a so-called “megaload” Monday night, even though it didn’t have approval from the U.S. Forest Service. The truckload in question is a water evaporator that’s 255 feet long, weighs more than 300 tons, and takes up two lanes of traffic, and the Forest Service says it can’t approve that kind of load without a formal assessment of its impact. So the agency hasn’t given the greenlight to Hillsboro, Ore.-based shipper Omega Morgan. Nevertheless, “Omega Morgan has the permit from the Idaho Transportation Department, and so it’s going to proceed,” said Olga Haley, spokeswoman for the company. KPLU, 8-5-13.

Teach for America criticized for apparent stance on education policy 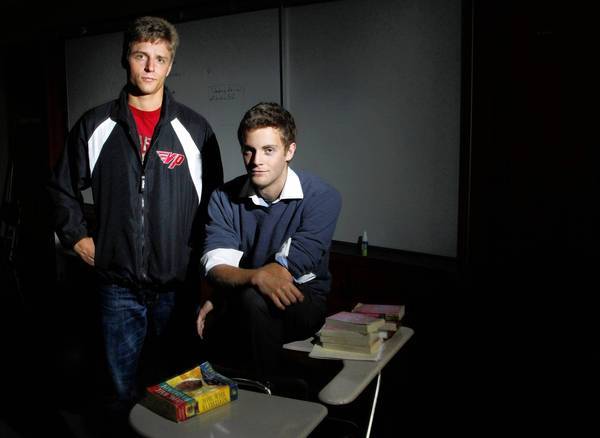 Anthony Edholm, left, and Jordan Greenwald are Teach for America instructors with the ICEF charter group in Los Angeles.

Over its 24-year history, Teach for America has won accolades for taking top college graduates and putting them to work in some of America’s toughest schools, creating what it regards as a national model of nonpartisan service in education. But some former participants and academics, among others, have recently accused the Peace Corps-like organization of taking sides in the education policy wars. They criticize the nonprofit for aligning too closely with its largest private donors and high-profile alumni who have gone into politics. They say the group has diverged too far from a core mission: addressing a teacher shortage with top college grads primed to inject energy and success into low-income, urban campuses. The key backers of Teach for America include foundations that support efforts to expand charter schools, limit teacher job protections, weaken union clout and evaluate instructors by using student test scores. Los Angeles Times, 8-3-13.

News last week that Tony Bennett, the former Indiana superintendent of public instruction, quietly altered the state grade for a charter school founded by a campaign donor has raised questions about the validity of the trendy A-to-F grading system used to assess schools in more than a dozen states. Bennett resigned from his job as Florida education commissioner Thursday amid revelations that he directed staff members to alter the grade of the charter school last fall, when he was Indiana’s schools chief. The high-profile episode underlines some of the pitfalls of grading schools. Washington Post, 8-3-13.

The pay is too damn low

A few weeks ago, Washington, D.C., passed a living-wage bill designed to make Walmart pay its workers a minimum of $12.50 an hour. Then President Obama called on Congress to raise the federal minimum wage (which is currently $7.25 an hour). McDonald’s was widely derided for releasing a budget to help its employees plan financially, since that only demonstrated how brutally hard it is to live on a McDonald’s wage. And last week fast-food workers across the country staged walkouts, calling for an increase in their pay to $15 an hour. Low-wage earners have long been the hardest workers to organize and the easiest to ignore. Now they’re front-page news. The workers’ grievances are simple: low wages, few (if any) benefits, and little full-time work. In inflation-adjusted terms, the minimum wage, though higher than it was a decade ago, is still well below its 1968 peak (when it was worth about $10.70 an hour in today’s dollars), and it’s still poverty-level pay. James Surowiecki, New Yorker, week of 8-12-13.