Next Election | How to Vote | Why to Vote 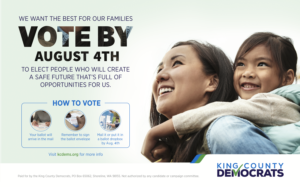 Voting Guides in Other Languages

Our elected officials shape the system we all live in. From how fair the tax and justice system are to the quality of our roads, sidewalks, and schools, the candidates we elect in November will make decisions that impact every aspect of our lives. A democracy only works for all of us when we all vote.

Ask Michelle Obama. She has a few thoughts on the subject.

Thank you for voting!