‘They refuse to admit they were wrong’: How nightmare prosecutors pervert American justice 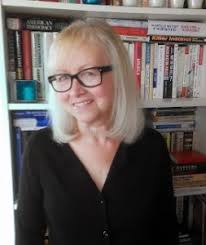 Last week, historian Rick Perlstein wrote an important piece about the Nixon pardon, which he shows was the true beginning of the political culture that holds that business elites and government actors cannot be held accountable for corruption and malfeasance because it will “destabilize” the system. From pardons of presidents to too-big-to-fail banks to torturers getting the benefit of “not looking in the rearview mirror,” it’s hard to come up with an example of elite, institutional players having to face the music. But one of the more confounding aspects of this unaccountable culture of ours is the one that says the legal system has no responsibility to right its own wrongs or even admit to a lack of perfection even when it’s obvious they have made a grievous error (or broke the law). Yesterday I wrote about Justice Antonin Scalia’s rather shocking opinion that the Constitution provides no avenue for an innocent person wrongfully condemned to be released if all the proper i’s were dotted and the t’s crossed.  That strikes me as a perverted definition of justice. But it goes even deeper than that. Heather Digby Parton, Salon, 9-10-14.