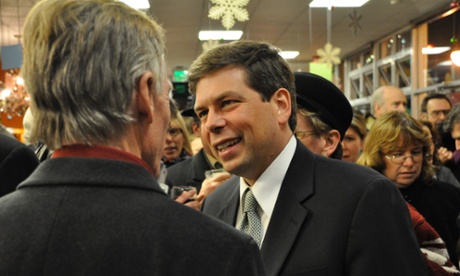 Mark Begich’s opponents acknowledge that he’s running a strong ground campaign that gives him a good chance of retaining his seat.

Art Hackney has more than three decades of strategizing for Republican election campaigns in Alaska under his belt. And he’s rarely been so frustrated. From an office lined with awards for punchy political campaigns on behalf of senators, congressmen, and governors, Hackney has watched the prospects for the man he picked to take Alaska’s seat in the US Senate for the GOP ebb, something he blames on Republican strategists “back east,” who, he says, have got the state all wrong. The national Republican leadership in Washington—’Outside,’ as anywhere beyond Alaska’s borders is widely spoken of—has targeted the state’s junior senator, Mark Begich, as a vulnerable Democrat in its bid to win control of both houses of Congress in November’s elections. But Hackney said that has led GOP Outsiders to assume Alaska is a classic Republican state and impose a template election strategy with campaign ads about issues Alaskan voters have barely heard of and attacks on the incumbent that have backfired. Meanwhile, Begich is running what even opponents acknowledge is a strong campaign on the ground—he’s renowned for stopping unannounced at bingo halls to call numbers—that has given him a shot of holding his seat. Polls put him neck and neck with potential Republican candidates. The Guardian, 7-23-14.