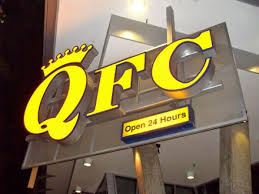 A tentative contract deal between local unions and four large grocery chains appears to pose no major losses for workers, but no major gains either. Unionized grocery workers began voting Tuesday on a new three-year contract at local Albertsons, Fred Meyer, QFC, and Safeway stores. United Food and Commercial Workers union Local 21 is scheduled to announce the results Thursday, after an additional round of voting Wednesday. A union summary of the proposal says it maintains health benefits for both current employees and new hires, with no increases in weekly premiums or deductibles, and secures workers’ pension plans. “The big national chains came into the 2013 contract negotiations determined to cut our pay and benefits,” the summary said. “Together, we turned the tide and stood up to corporate power.” Seattle Times, 6-29-13.

The Seattle Arena project has slowed way down. The City’s Department of Planning and Development, which is leading the Environmental Review of the project, confirmed Tuesday that the timetable has been lengthened for the review of the nearly half-billion-dollar proposal. Chris Hansen’s investment group had previously been looking to finish the EIS by earlier this fall.  That timeline was laid out as the team looked to close a deal for the NBA’s Sacramento Kings franchise.  NBA Owners ultimately voted against the purchase and relocation.  The Kings begin their season in Sacramento tomorrow. KING, 10-29-13.

An attorney representing Eastside Fire Fighters issued a letter to Sammamish Mayor Tom Odell and the city council Monday, calling attention to alleged violations of Washington’s Open Public Meetings Act. The letter was sent after attorneys reviewed hundreds of emails between council members, staff, consultants and the city’s Technical Advisory Board members over the future of fire and life safety services for Sammamish residents, an attorney wrote in a news release. Attorney SaNni M-K Lemonidis wrote, “It appears the City Council and Technical Advisory Board, have openly discussed fire service issues with a majority of the Council using the email system. “In addition, TAB has been meeting secretly to discuss City of Sammamish business related to the City’s fire service. These meetings should have been open to the public and subject to public comment requirements.” The Sammamish City Council has scheduled a vote for Nov. 12th to leave Eastside Fire and Rescue, a regional partnership that serves the cities of Sammamish, Issaquah, North Bend, and King County Fire Districts 10 and 38. Sammamish Patch, 10-28-13.

At roughest of Nickelsville’s new sites, a sense of community 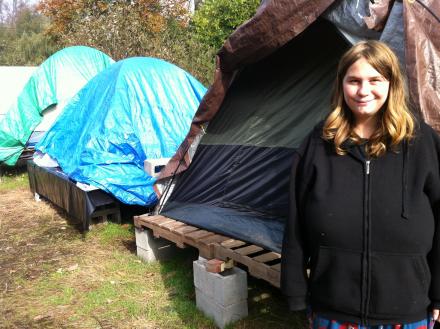 Felicia Leathley stands outside her tent.

What used to be Nickelsville is now three. The homeless encampment split up into three locations—two in the city’s Central District and the third in Skyway—after being evicted from city-owned property two months ago. The campsite at Skyway appears to have it the worst in almost every way, but it’s also where campers have found unwavering camaraderie. But the stability may only be fleeting. The Skyway camp needs to find a new location before Dec. 1. When they do go, it’s likely to be costly, both emotionally and financially.The Nickelsville camps, which run off of donations, still owe more than $9,000 in utilities and moving costs from the old location. KPLU, 10-29-13.

As state regulators prepare to vet a controversial plan to build the region’s largest oil-handling terminal in Vancouver, hundreds of opponents Tuesday delivered an overwhelming message: The damage and risk from such an operation would reach well beyond Vancouver and Clark County, opponents said. More than 300 people filed into Clark College’s Gaiser Hall. The vast majority of them — many clad in red shirts — oppose the project for a variety of reasons. An hour and a half into the hearing, not a single person had spoken in favor of the proposal. But Tuesday’s hearing wasn’t a popularity contest. The state Energy Facility Site Evaluation Council held the hearing as part of its “scoping” process, during which the group will decide what should and should not be included in the environmental review of the project. Vancouver Columbian, 10-29-13.

Gov. Jay Inslee, speaking Tuesday morning at an Ellensburg conference on the economy, said the state must move quickly to avoid serious impact to the agriculture industry because of transportation deficiences. “I’m here to report to you that we are in deep, deep trouble,” Inslee said in a keynote address to the Economic Outlook Conference at Central Washington University. Inslee cited the collapse several months ago of an Interstate 5 bridge and cuts to bus service across the state as examples that will put more drivers on the road or otherwise make moving goods and products more difficult. The situation requires the Legislature to take a bipartisan approach to funding transportation improvements, he said. Transportation shortfalls will quickly become evident without that money for projects, he said. “It’s going to hit the ag industry next year,” he predicted. Yakima Herald-Republic, 10-30-13.

Polling shows slip in support for Eyman’s I-517

First an Elway Poll this month showed that support for the Tim Eyman-sponsored Initiative 517 was slipping but still had a majority in support  by a 52 percent to 25 percent margin. The Seattle Times reports that support level is down from 58 percent in favor in September. On Tuesday, Moore Information, a Republican-aligned polling firm in Portland, issued a poll report that showed only 33 percent of voters in favor of I-517 with 40 percent opposed and 27 percent undecided. The outlook was closer for those who said they had not voted: 35 percent in favor, 37 percent opposed, and 28 percent undecided. I-517 provides a 25-foot no-harassment or buffer zone around initiative-signature gatherers; it gives ballot sponsors six extra months to collect signatures; and it assures local initiatives a place on the ballot if they have adequate signatures. Retailers, major business groups and several former statewide office holders oppose it. Olympian, 10-29-13.

A Republican has emerged to challenge U.S. Rep. Jaime Herrera Beutler (R-3) in the 2014 election. Washougal airline pilot Michael Delavar, a board member of the Clark County Republican Party and a former Washougal City Council member, announced over the weekend that he intends to run against the Camas Republican. He said he’s unhappy with Herrera Beutler’s voting record on budget issues and her support of the 2012 National Defense Authorization Act, which affirmed President Obama’s authority to detain U.S. citizens suspected of terrorism involvement. At last year’s Clark County Republican Convention, Delavar supported presidential candidate Ron Paul, rather than Mitt Romney. Delavar is married with two children. His wife, Katja Delavar, was co-chair of Paul’s campaign in Washington state, and attended the Republican National Convention as a Paul delegate. Vancouver Columbian, 10-28-13.

Hold on: Nomination fights return to the Senate

Harry Reid says he intends to push ahead on six nominations.

Senate leaders are girding for a difficult fight over President Barack Obama’s nominations in the coming weeks that could again raising the specter of a possible rules change in the chamber. Senate Majority Leader Harry Reid (D-NV) said Tuesday he intends to push ahead on six nominations, several of which are proving controversial among Republicans. In the face of GOP opposition — particularly toward Obama’s picks to join the powerful DC Court of Appeals and lead a key housing regulator — Reid Monday teed up a series of procedural votes over the coming week that will require 60 votes. While most of the nominees teed up by Reid appear to be set for easy Senate approval, there are two difficult, immediate hurdles for Senate Democrats: Patricia Millett’s nomination to the DC Circuit Court of Appeals and the nomination of Rep. Mel Watt (D-NC) to lead the Federal Housing Finance Agency. Reid called Millett “eminently qualified,” adding: “I don’t know why anyone would vote against her.” Politico, 10-29-13.

The future of Oklahoma’s abortion restrictions is in the hands of the U.S. Supreme Court now. After a long battle over the 2011 law limiting how medication can be used to induce abortions, the state’s attorney general asked the U.S. Supreme Court in March to get involved. But before it would make a decision on whether to take up the case, the Court had some questions for its Oklahoma counterpart. That’s where things stood until Tuesday. In a new filing, Oklahoma’s Supreme Court answered those questions, reaffirming its belief that the 2011 law violates both the state and federal constitutions. That filing comes just one day after Texas’s restrictive abortion ban was also ruled unconstitutional. The Oklahoma law expanded limits surrounding abortion-inducing drugs, restricting doctors to prescribe them only according to the limited uses approved by the Federal Drug Administration. But a district court last year ruled that the law was “so completely at odds with the standard that governs the practice of medicine” that it was effectively an abortion ban.  Washington Post, 10-29-13. 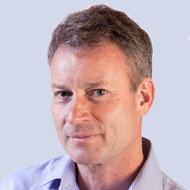 Where do you go if you’re a “Deadliest Catch” kind of guy, manliest of manly men, but couldn’t fish for king crab because some jelly-bellied Republicans threw a tantrum 5,000 miles away and shut down the government? What do you do if you’re a farmer in Kansas who could not put winter wheat in the ground or get this year’s cattle vaccine because your government agriculture office was deemed nonessential? Who do you see about the home loan that was held up, the family restaurant near the federal building that couldn’t meet October’s payroll, the bookings lost at season’s end in dozens of national parks? Real Americans, the wind-chapped toilers so often invoked by politicians in a phony froth, lost real money from the real pain inflicted on their livelihoods by the extortionists in Congress this month. Voters will have to oust, from hardened, gerrymandered districts, the people who put ideology ahead of common sense and commerce. They seem faceless and buffoonish. They act as if they are immune from majority sentiment. But each of them is up for re-election a year from now, and the good news is that almost 75 percent of voters say most Republicans in Congress don’t deserve to be sent back to Washington. Tim Egan, New York Times, 10-28-13.

The President wants some rich people to get richer off Obamacare; here’s how they might do it 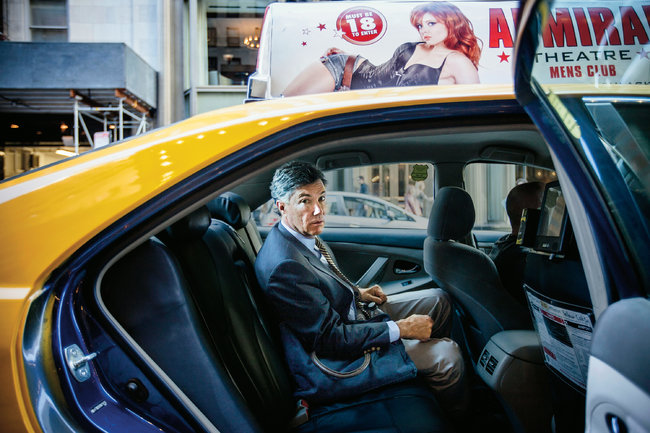 Tom Scully has been making this point handsome dining rooms across the country: No matter what investors think about Obamacare politically, the law is going to make some people very rich. The Affordable Care Act, he has been saying, wasn’t simply a law that mandated insurance for the uninsured. Instead, it would fundamentally transform the basic business model of medicine. With the right understanding of the industry, private-sector markets and bureaucratic rules, savvy investors could help underwrite innovative companies specifically designed to profit from the law. Billions could flow from Washington to Wall Street, indeed. Scully, who has spent the last 30-some years oscillating between government and the private sector, is hoping to be his own best proof of the Obamacare gold mine. As a principal health policy adviser under President George H. W. Bush, he helped formulate many of those past Republican initiatives — like the shift to private-insurance programs — that Obamacare has put into law. New York Times, 10-30-13.