Backers of the SeaTac Good Jobs Initiative demonstrate to get voter support and signatures.

The SeaTac Good Jobs Initiative took a major step forward Wednesday as supporters filed more than 2,500 signatures and called on the city to place the initiative on the November 2013 ballot. Only 1,541 valid signatures are required to qualify the measure in the city. It took airport workers and their community supporters less than four weeks of door-to-door canvassing to collect the signatures. The signature total represents nearly half of all SeaTac residents who voted in the 2011 general election. The measure would set basic employment standards for workers employed in the transportation, tourism and hospitality industries in SeaTac, including paid sick leave, full-time work for those who need it, a living wage of at least $15/hour, job security for employees when companies change contractors, and assurances that tips and service charges go to the workers who perform the service. The Stand, 6-6-13. 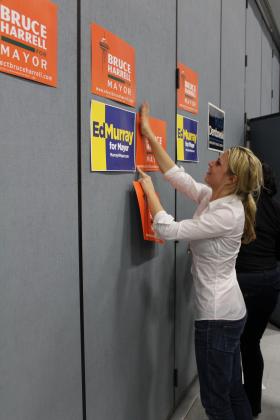 The August primary election is only about two months away, but you might not even know it. The Seattle mayor’s race, which involves nine candidates, has yet to hit the front pages. Ask any random people on the street, and chances are they aren’t even aware that a race is underway. “There is this term in politics called the ‘invisible primary,’ which is things that are behind the scenes,” said David Domke, professor of communications at the University of Washington. “Raising money, building a volunteer base, and seeking endorsements; this is that phase right now for candidates.” In the past months, candidates have been focusing much of their time on the movers and shakers of electoral politics: people who donate money, people who volunteer for campaigns, and people and organizations that give endorsements. Endorsements are key, according to Domke. KUOW, 6-6-13. New Boeing hires listen to an orientation meeting at SPEEA headquarters in April.

Boeing union engineers are gradually adjusting to a task most didn’t want: telling new hires how to manage their 401(k) retirement savings plans, instead of a pension. The new savings plans — a change from the traditional monthly retirement check — are now mandatory for members of the Society of Professional Engineering Employees in Aerospace (SPEEA), after the union’s technical workers accepted the end of pensions for new hires March 18. From 12 to 20 newly hired Boeing workers are running through the union’s weekly Friday orientation programs, Dugovich said. While older workers are disappointed about the demise of guaranteed retirement payments for new hires, some younger workers seem less concerned. Puget Sound Business Journal, 6-5-13.

To get a sense of just how foolish and shortsighted the $85 billion across-the-board sequester cuts are you don’t have to look any further than Head Start. The federal government’s only pre-K program, Head Start provides comprehensive, high-quality early education and support services to children and their families living in poverty. “The results speak for themselves,” said Joel Ryan, executive director of the Washington State Association of Head Start & ECEAP (WSA). “The research shows that kids who go through Head Start are more likely to be ready for kindergarten, less likely to need special education services and more likely to graduate from high school.” All of that adds up to saving money over the long haul. But even before the sequester Head Start was reaching less than half of eligible children in the United States — and only 38 percent in Washington. Now, even fewer children will benefit from the program. Moyers and Company, 6-5-13.

If you’re a Republican with thoughts of running for governor in 2016 know this: Rob McKenna will not stand in your way. He’s told insiders of the Grand Old Party he’s not interested in a rematch with Democratic Gov. Jay Inslee, to whom he lost by a couple percentage points in November. That’s not to say he won’t change his mind. McKenna is enjoying a well-paying gig with a Seattle law firm, and a steady income is a good thing when your four children are enrolled in or bound for higher education. But who will be the party’s torchbearer in 2016 if McKenna isn’t? Jerry Cornfield examines the possibilities. Everett Herald, 6-6-13.

More than 2,500 same-sex couples tied the knot, in 35 of Washington’s 39 counties, during the period when gay marriage became legal on December 6, 2012, and March 31, 2013, according to figures supplied by the state Department of Health. With the advent of marriage equality — now the law in Washington, 11 other states, and the District of Columbia — 20 percent of Evergreen State weddings involved same sex couples, and an even higher one-third in populous King County. Sixty-three percent of same-sex marriages were between women. As of April Fool’s Day, only sparsely populated Asotin, Ferry, Garfield, and Wahkiakum counties had yet to experience the marriage of two people of the same gender. The state’s figures came out on the same day as a national Pew Research poll, showing for the first time in Pew’s history a majority of Americans favoring marriage equality — with a top heavy majority believing it is inevitable. Seattle P-I, 6-6-13.

Two wheat growers in Washington state have filed suit against Monsanto over the unauthorized release of genetically modified wheat. The lawsuit claims the discovery of the unapproved wheat has hurt farmers’ export markets. The lawsuit was filed Thursday in U.S. District Court in Spokane on behalf of all domestic soft white wheat growers and seeks class action status. Dreger Enterprises of Creston and Wahl Ranch of Lind are the named plaintiffs in the lawsuit. Genetically engineered, experimental wheat was found growing in an 80-acre field in Oregon last week. The wheat was the same strain as one designed by Monsanto to be herbicide-resistant. Associated Press (Seattle Times), 6-6-13.

Costco spent more than $20 million pushing I-1183, which privatized liquor sales and distribution in Washington. The campaign promised lower prices and greater access. We got the latter, for better or worse, but not the former. We have all benefited, however, from the promised increase in state revenue. Fearing that voters would reject I-1183 because the state might lose hundreds of millions in tax revenue, Costco added language that requires retailers to pay a 17 percent fee on all sales, including those made directly to restaurants for resale. Just 18 months after getting voter approval on the initiative, Costco is now brazenly pressing state legislators to remove the 17 percent fee. If passed, second substitute HB 1161 would deprive the state of tens of millions in revenue, and give Costco, and other big retailers, an inequitable and unwarranted advantage over other private liquor distributors. Those other distributors paid more than $150 million in licensing fees. But as a retailer, Costco would be exempt. Olympian, 6-6-13. 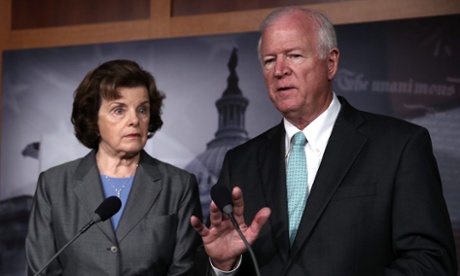 The scale of America’s surveillance state was laid bare Thursday as senior politicians revealed that the US counter-terrorism effort had swept up swaths of personal data from the phone calls of millions of citizens for years. After the Guardian revealed a sweeping secret court order that authorized the FBI to seize all call records from a subsidiary of Verizon, the Obama administration sought to defuse mounting anger over what critics described as the broadest surveillance ruling ever issued. A White House spokesman said laws governing such orders “are something that have been in place for a number of years now” and were vital for protecting national security. Dianne Feinstein, the Democratic chairwoman of the Senate intelligence committee, said the Verizon court order had been in place for seven years. “People want the homeland kept safe,” Feinstein said. The Guardian, 6-6-13.

Rep. Dave Reichert (R-8): At times moderate, he voted for House amendment that would put young emigres back in line for deportation.

The U.S. House of Representatives, breaking along party lines, Thursday voted to cut off money to an Obama administration program that lets young undocumented immigrants who came to the United States as children remain in the U.S. if they are in school or in the military. Despite GOP claims that the party is courting Hispanic voters, 221 Republican House members — including all four from Washington — voted in favor of an amendment sponsored by Rep. Steve King (R-IA), the most strident anti-immigrant voice in Congress’ lower chamber. The amendment, which passed on a 224-201 vote, would reverse an administration policy in which immigration enforcement and deportation efforts are centered on undocumented residents who have committed a crime or been engaged in the dealing of illegal drugs. The so-called DREAMers, many in school, would be thrust back in line for deportation. Seattle P-I, 6-6-13.

Appeals Court orders all restrictions lifted on some ‘morning-after’ pills

The United States Court of Appeals for the Second Circuit, based in New York, delivered another stunning rebuke to the Obama administration and to Health and Human Services Secretary Kathleen Sebelius Wednesday, ordering that some types of emergency contraceptives be made available for now to women of all ages without a prescription, adding another layer of confusion to a complex and intensely political fight over the drug’s availability. In a brief ruling, the court ordered that the federal government lift all age and sales restrictions for two-pill versions of emergency contraceptives until the court finally rules on an appeal by the federal government, which is trying to maintain limits on the drug’s over-the-counter availability. In 2011 Sebelius took the unprecedented step of overruling an FDA plan to lift all age restrictions. Shesaid she was concerned that there were not enough studies to prove that the drug was safe for girls as young as 11. President Obama supported her decision. New York Times, 6-6-13.

Gov. Chris Christie Thursday named New Jersey attorney general Jeffrey Chiesa to fill the Senate seat left vacant by the death of Democratic U.S. Sen. Frank Lautenberg. Chiesa said he won’t seek election in October’s special election. Christie’s announcement at a hastily arranged news conference ended days of intense speculation over whom the Republican governor would appoint to serve nearly five months before voters elect a replacement for Lautenberg, 89, who died Monday. New Jersey voters haven’t sent a Republican to the Senate in four decades. Newark Star-Ledger, 6-6-13. U.S. Rep. Rush Holt (D-NJ-12) said Thursday in a mass e-mail to supporters and in a press release that he plans to run for the seat left vacant by Lautenberg’s death. Holt is a physicist who has served in Congress since 1999. Newark Star-Ledger, 6-6-13. 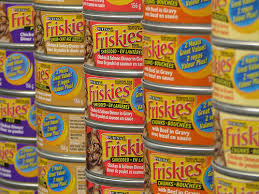 Nearly half of the nation’s elderly population is “economically vulnerable” and would be particularly hard hit by even modest changes in the Social Security and Medicare programs being considered to slow the growth of the nation’s long-term debt, according to a new report. The liberal Economic Policy Institute said that 48 percent of the elderly population earns less than double the supplemental poverty threshold, putting those seniors at financial risk if their income is cut even slightly. Older blacks and Hispanics are especially vulnerable, the report said, as the vast majority of them live on the financial edge. Washington Post, 6-5-13.