Dan Kruse, left, and Robert Teton of the Lummi Natural Resources Department, use a net to try to catch juvenile salmon to count on Feb. 15, 2012 at Marine Park in Bellingham. The department counts juvenile salmon around Bellingham Bay about once every two weeks. The Lummi and Nooksack tribes have asked federal agencies to file a lawsuit on their behalf to help determine the amount of water they should be guaranteed to bolster Nooksack River salmon stock.

Everyone involved in Whatcom County’s water rights disputes seems to agree that a local settlement would be a good idea, but representatives of Lummi Nation have made it clear they will not sacrifice Nooksack River salmon to benefit farms, industries or cities. Both the Lummi and the Nooksack Indian Tribe have a federally recognized right to catch Nooksack River salmon. The tribes have asked federal agencies to file a lawsuit on their behalf to force the state to take steps to define the amount of water that they should be guaranteed, to bolster the flow of water in the river and its tributaries. That likely would mean curbing the amount of water that other users are allowed to withdraw. The tribes asked the feds to file the lawsuit more than a year ago, and so far there has been no word of a response. Bellingham Herald, 6-3-13.

U.S. Rep. Jaime Herrera Beutler (R-3) announced Monday that her unborn child has been diagnosed with a serious, often fatal kidney condition. Herrera Beutler, who announced her pregnancy in early May, said doctors diagnosed the fetus with Potter’s Syndrome, or Potter’s Sequence. The condition inhibits normal lung development in the fetus because of an abnormally low flow of amniotic fluid caused by underdeveloped kidneys, according to Herrera Beutler. The diagnoses came following a routine ultrasound test, and a second opinion confirmed the diagnoses, she said. Longview Daily News, 6-3-13. Jamen Shively is the founder of Diego Pellicer, which he describes as the first legal national legal marijuana business.

Mark Kleiman, the so-called Washington state pot czar, called out Seattle-based marijuana entrepreneur Jamen Shively, saying plans to build a national marijuana brand would make Shively and his investors federal targets. Kleiman pointed out that federal officials have said they were most interested in prosecuting large, multistate marijuana operations – which Shively’s new company, Diego Pellicer, would appear to be. “If they’re putting money into a genuine massive marijuana (operation), they are all risking prison time,” Kleiman said Friday. “The question I want to ask him and his investors is, ‘what part of federal felony don’t you understand?’” Shively, in an emailed response Sunday, said his business has no plans to import marijuana from Mexico and will engage in “unimpeachably ethical business practices at all times.” Puget Sound Business Journal, 6-2-13.

After taking the oath of office Monday, the newly appointed Snohomish County Executive John Lovick shakes hands with the Snohomish County Council members, who were unanimous in choosing him.

Snohomish County has a new executive, and now it needs to find a new sheriff. Sheriff John Lovick was sworn in Monday morning to replace Aaron Reardon, who stepped down from the county’s top elected job last week after a series of scandals. The County Council voted unanimously to pick Lovick as the person to take the county in a different direction. “I want to change the tone and tenor of county government,” Lovick told council members during questioning before the vote. “It’s about the people. The Snohomish County Executive’s Office is the people’s office and it’s all about serving the people.” Everett Herald, 6-3-13.

Op-ed: Tea party politics have no place in special session

At the halfway point of the legislative special session, the silence from Olympia has been noticeable. As members of the House of Representatives, we are frustrated that there has been little movement toward a budget solution. The only purpose of this special session should be passage of responsible budgets that improve funding for education, transportation, and provide family-wage jobs. We do not need to be held hostage by a series of so-called reform bills demanded by Senate Republicans. It is time to act on the operating, capital and transportation revenue packages. Washington is not a tea party state, and we should not let tea party politics set the priorities for the state of Washington. Sam Hunt and Chris Reykdal (D-22), Olympian, 6-2-13.

Heather Kuykendall, 29, does some cleaning during her security shift at Tent City 3 in Shoreline. The security shifts are among requirements that campers must fulfill. Some campers say activism also is a stringent requirement.

Almost 100 homeless people packed into City Hall for a meeting of the King County Committee to End Homelessness in April. They were a powerful lobby — the faces of homelessness, each with a story to tell. They stayed for an hour before crossing the street and lining up to write their names on Scott Morrow’s yellow legal pad. Anyone who doesn’t sign in with Morrow to show they were there risks being kicked out of their encampment for a week, explained Valerie Siegfried, who has been homeless for a year and a half and lives in a North King County tent encampment. This is an unseen cost of staying in shelters operated by SHARE, the Seattle Housing and Resource Effort, which provides more taxpayer-funded beds for homeless people than anyone in King County, and does it for a fraction of the cost. Seattle Times, 6-2-13.

Rumor has it that the Seattle School District is punishing the high school teacher at the center of a controversy earlier this year—concerning his award-winning race and social justice class—by transferring him to another school. Center School humanities teacher Jon Greenberg’s curriculum came under fire this spring after a family complained to the district that his race and social justice unit made their kid uncomfortable, and the district responded with surprising vehemence by suspending the class’s curriculum and sending it to a review committee. But after all the fuss, the district reinstated the class with a few recommendations—and reassured the public that they’re totally committed to talking about race and social justice issues. (They’re currently under federal investigation forracial disparities in their discipline practices, a story that broke right in the middle of this curriculum dustup.) The Stranger, 6-3-13.

If Microsoft’s sprawling 125-building campus in Redmond seems like a city unto itself, that’s because it almost is. As the cubicle-dwellers arrive each morning, Redmond’s population bulges to more than twice its size.  In fact, newly-released Census data show that Redmond has the greatest spike in daytime population due to commuters, measured by percent increase, among all U.S. places with at least 50,000 residents. Just 26 percent of Redmond’s massive workforce live there.  Everybody else is commuting from somewhere else.  Is it any wonder the traffic is such a nightmare?  But take heart — light rail to Redmond should be up and running in a mere decade. Seattle Times, 6-3-13. 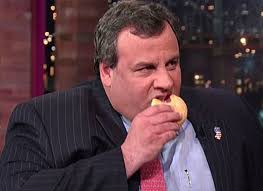 The death of New Jersey Democratic Senator Frank Lautenberg today has thrust a politically challenging set of decisions before Chris Christie, the state’s Republican governor. He must choose an interim replacement for Lautenberg and set an election date for selection of a permanent one, all while Christie is seeking another term in a state that backed President Barack Obama’s 2012 re-election by 17 percentage points and hasn’t had a Republican senator in more than three decades. Staying within the party could shore up Christie’s support among Republicans, some of whom regarded his praise of Obama’s response to Hurricane Sandy a week before last November’s election as a betrayal that harmed the party’s presidential nominee, Mitt Romney. Yet Christie also needs the support of New Jersey Democrats if he wants to win a second term in this November’s vote. Bloomberg, 6-3-13.

On New Year’s Day, in a cramped room in the Capitol basement, House Republican leaders faced an angry caucus. Democrats had negotiated them into a corner — virtually every American would be hit with a massive tax increase unless the House agreed to block the hikes for everyone but the wealthy. A freshman lawmaker seized a microphone and demanded to know how the leaders planned to vote. House Speaker John A. Boehner (R-OH) was a yes, but his top two lieutenants were opposed. “If you’re for this and they’re against, we’ve got problems,” Rep. Stephen Lee Fincher (R-TN) shouted at Boehner and more than 200 lawmakers present, according to Republicans who attended the closed-door meeting. Sure enough, they had problems. Hours later, Democrats helped Boehner pass the measure over the opposition of more than 60 percent of GOP lawmakers. That vote, to avert the “fiscal cliff,” marked a breaking point for House Republicans, who had disintegrated into squabbling factions, no longer able to agree on — much less execute — some of the most basic government functions. Washington Post, 6-3-13.

Marijuana bud at a market in Washington, where it is legal now.

Black Americans were nearly four times as likely as whites to be arrested on charges of marijuana possession in 2010, even though the two groups used the drug at similar rates, according to new federal data. This disparity had grown steadily from a decade before, and in some states, including Iowa, Minnesota, and Illinois, blacks were around eight times as likely to be arrested. Drawn from police records from all 50 states and the District of Columbia, the report is the most comprehensive review of marijuana arrests by race and by county and is part of a report being released this week by the American Civil Liberties Union. New York Times, 6-3-13.

California lawmakers vote to exclude public from some meetings 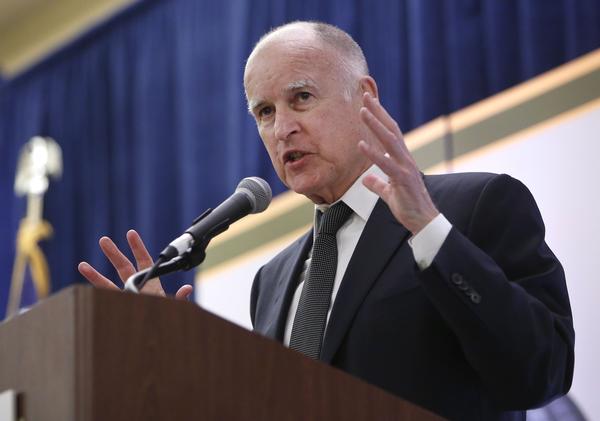 Lawmakers Monday voted to allow the public to be excluded from certain gatherings that include the governor and county officials. The state Senate sent to Gov. Jerry Brown’s desk a measure created in reaction to a legal opinion by a county prosecutor. The official said a private 2011 meeting between Brown and the Los Angeles County Board of Supervisors violated the public’s right to see government business being conducted. At that closed-door meeting, Brown and the supervisors discussed his controversial plan, dubbed “realignment,” to begin holding nonviolent felons and certain other low-level offenders in county jails rather than send them to state lockups. The plan followed federal court orders to reduce prison crowding. Such conversations would be permitted behind closed doors under the new legislation. The proposal has drawn criticism from open-government advocates. Los Angeles Times, 6-3-13.

They’re coming for your DNA

Scientists work with DNA samples in a lab at Vitrology Biotech Co. in Clydebank, Scotland.

The Supreme Court has never held that if the police have probable cause to make an arrest, they can also search a suspect for evidence of past or future crimes. Think about it for a second: Should getting arrested because you’re the suspect in one burglary mean the police can go search your house, without a warrant, on the theory that you might have stolen additional property? If the real purpose of taking DNA from someone who has been arrested is to match his profile against the national database of unsolved crimes, then the court would have to admit to making a big and unprecedented move—one that allows the government to ensnare more and more of us in a thickening web of our own data. Law enforcement over liberty, by a wide margin. Emily Bazelon, Slate, 6-3-13.