Seattle Mayor Mike McGinn defended his record on the Seattle Police Department against criticism from seven political rivals in one of the first major mayoral debates of the campaign Monday night. With several of his challengers citing recent SPD troubles as a prime reason for their running, McGinn rose to “set the record clear.” Noting the police union wanted him to “fight to the death” federal findings that the department had used excessive force, McGinn said he “worked to negotiate and get a reform package that worked for Seattle’s needs.” But McGinn’s challengers repeatedly said he’d failed to solve long-running issues within the department or to restore trust with the community. “There is a reason seven people are challenging this mayor,” said City Council member Bruce Harrell. “People want to believe again.” Seattle Times, 4-30-13.

Ex-City Councilman Peter Steinbrueck, the contrarian in Seattle’s six-person race for mayor, said late Monday that he is “relieved” at the NBA’s relocation committee decision that the Sacramento Kings should stay put, because putting an NBA arena in Sodo was “not the right decision.” While incumbent Mayor Mike McGinn and Councilman Tim Burgess have dueled over who did more to put together a deal with developer Chris Hansen, Steinbrueck has made common cause—as a consultant and a candidate—with the International Longshore and Warehouse Union, which argues that a South Downtown union would jeopardize jobs at the Port of Seattle. McGinn was terse over a project that he has trumpeted as part of a feel-good reelection effort. “We’re going to stay focused on our job, making sure Seattle remains in a position to get a team when the opportunity presents itself,” he said. Seattle P-I, 4-29-13.

Cops see no ‘precursor activity” for May Day mayhem Officers arrest a man who threw a glass jar and hit an officer in his face shield during a May Day rally on Tuesday, May 1, 2012 in downtown Seattle. The rally turned violent when black-clad protesters smashed windows and threw objects at police.

To no one’s great surprise, SPD Capt. Chris Fowler told a huddle of reporters gathered in the bowels of police headquarters Monday afternoon that Seattle is ready for May Day 2013. Fowler will oversee SPD’s May Day operations, and says that five weeks of preparation have readied the force for whatever Wednesday may bring. But what might that be? Are we in for the same window breaking and vandalism that marred last year’s event (and effectively drowned out the important workers’ rights and immigrants issues that traditional May Day rallies are built on)? Seattle Weekly, 4-29-13.

The King County Council Monday approved sending to the voters in August a six-year property tax levy lid lift proposal to raise revenue for the maintenance and operations of the county’s regional park system, and for funding for local city parks and the Woodland Park Zoo. If approved by voters, the proposed levy would replace two voter-approved measures set to expire at the end of 2013. “All residents of King County have access to the regional park and trail system,” said Council Chair Larry Gossett. “This ordinance will give the people the opportunity to decide how much value they get from the system.”  Renton Reporter, 4-29-13.

Pacific recall gains steam; Sun could be gone by summer

The Committee to Recall Cy Sun delivered more than 550 signatures to to the King County Elections office Monday morning for verification in the quest to recall controversial Pacific Mayor Cy Sun. According to the committee, 556 signatures from registered voters in Pacific were turned in. A minimum of 412 signatures are required to put the recall on a ballot. This past week the Washington State Supreme Court denied Sun’s appeal of the recall, clearing the way for the committee to begin collecting signatures on Friday. According to committee attorney Jeff Helsdon, a special election on the recall could happen by June. If Pacific voters choose with a simple majority to oust Sun he will have to vacate office immediately and the city council will pick the next mayor. Auburn Reporter, 4-29-13.

Participants gather on stage during a public announcement by the Washington Alliance for Gun Responsibility and the Faith Action Network about an initiative designed to force the Washington Legislature to act on requiring universal background checks for gun purchasers.

A phalanx of Seattle-area religious leaders Monday announced an initiative designed to force the Washington Legislature to act on requiring universal background checks for gun purchasers, or sent the issue to voters in 2014. “Let the people decide,” said the Very Rev. Michael Ryan, pastor of St. James Cathedral.  He was reacting to the blocking of background check legislation in the U.S. Senate, and to the Washington House of Representatives, where Democratic leaders could not not muster the 50 votes needed for passage. In a statement read to a morning news conference, Snohomish County Sheriff John Lovick argued that “for law enforcement, criminal background checks are essential in protecting lives and property.” Seattle P-I, 4-29-13.

Longshoremen to community: “Mitsui is hurting Northwest economy with its illegal lockout at United Grain”

Washington and Oregon-based longshore workers, locked out of their longtime workplace United Grain Corp. at the Port of Vancouver USA since February 27, are hammering United Grain’s Japanese owner, Mitsui, for profiting from Northwest taxpayer investments and destroying local jobs. Union members have a daily presence at Mitsui-United Grain headquarters in downtown Vancouver, and additional support from longshoremen in Seattle, who hand out fliers in the Puget Sound. “Northwest taxpayers invest in ports and railroads to create local jobs, but Mitsui has shown that it doesn’t care about Washington’s workers or our communities,” said Cager Clabaugh, President of ILWU Local 4 and third-generation longshoreman. United Grain Corp. at the Port of Vancouver USA is owned by Mitsui, a Japanese conglomerate which has the United Grain facility prominently displayed on its corporate web site. Maritime Executive, 4-29-13.

Cost of a special session? It depends

Prosser teacher appeals to school board over books 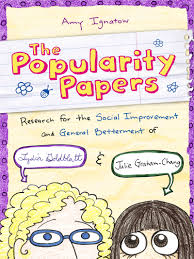 Two books challenged by a Prosser High School teacher will go before the Prosser School Board in a final effort to have them removed from school libraries. Rich Korb recently filed a request for the board to review a decision from Superintendent Ray Tolcacher, who agreed to keep Dave Pelzer’s A Child Called It and Amy Ignatow’s The Popularity Papers on school bookshelves. Board members are reading the books ahead of possibly discussing them May 7. Tolcacher said he concurred with the district’s instructional materials committee’s recommendation not to remove the books, and that parents bear some responsibility for knowing what their children are reading. A Child Called It is an autobiography of Pelzer’s childhood abuse at the hands of his alcoholic mother. The Popularity Papers is the fourth book in a series written by Ignatow about two girls, one who has two fathers, seeking the secret to being popular in middle school that also describes the two main characters’ lives at home and school. Tri-City Herald, 4-28-13.

The Northwest Immigrant Rights Project (NWIRP) presented Rep. Luis Moscoso (D-1)  with its Golden Door Award for his commitment to promoting the rights of immigrants and refugees in Washington state last Friday during its 29th Anniversary Gala. Moscoso represents Bothell and parts of Kirkland in the 1st Legislative District. “I am both honored and humbled to be awarded this meaningful recognition,” said Moscoso, a first generation Peruvian-American and the first person of color to represent the 1st Legislative District, which includes parts of north King and south Snohomish counties. “I firmly believe our state is great due to the diversity of its people, and I will continue working toward equality and opportunity to ensure everybody in Washington has a voice and a chance to fully participate in civic life.” Bothell Reporter, 4-29-13. 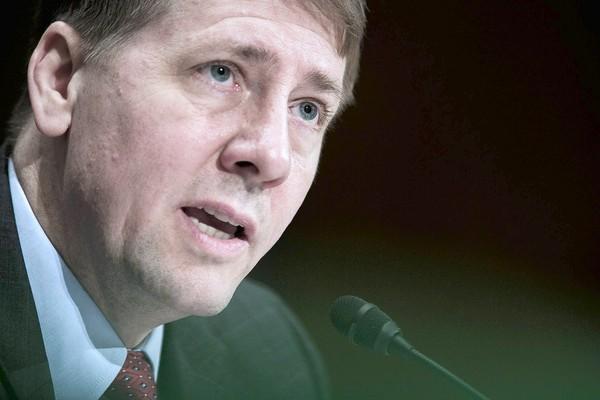 A growing number of Indian tribes are getting into the payday loan business, saying they just want to raise revenue for their reservations while helping cash-strapped consumers nationwide. But federal officials suspect that, at least in some cases, tribes are being paid to offer their sovereign immunity to non-Indian payday lenders that are trying to dodge state regulations. So far, the tribes have prevailed over California and other states that have tried to assert authority over tribal lending operations. But they may now face a crackdown by the federal Consumer Financial Protection Bureau. “The states have historically been the ones that have regulated and overseen the payday-loan industry,” said Tom Feltner, director of financial services for the Consumer Federation of America. “They’re the ones that have implemented rules for interest rates or even whether a payday loan can be issued,” he said. “The vast majority of these tribal lenders are not complying with state laws.” And that can have serious repercussions for consumers. Los Angeles Times, 4-29-13.

NOW she tells us! O’Connor: Maybe Bush v. Gore was a mistake

Retired Justice Sandra Day O’Connor says she has second thoughts on whether the Supreme Court should have accepted Bush v. Gore—the deeply controversial case that effectively decided the 2000 presidential election. “It took the case and decided it at a time when it was still a big election issue,” O’Connor told the Chicago Tribune editorial board last Friday. “Maybe the court should have said, ‘We’re not going to take it, goodbye.'” In a 5-4 decision at the time, O’Connor voted with four other Republican-appointed justices to shut down the recount in Florida, the decisive state in the election. Talking Points Memo, 4-29-13.

Promise not to laugh? An ethics bill was passed last week in Tallahassee. It’s no joke. The Legislature unanimously approved a law designed to clean up its own sketchy act, and that of elected officials all over the state. Gov. Rick Scott says he’s “reviewing” the bill. To veto it would be an act of profound cluelessness, but remember who we’re talking about. The ethics legislation is significant because the concept of enforcing ethical behavior is so foreign to Florida politics. Decades of well-publicized misdeeds and flagrant conflicts of interest have failed to make a moral dent. Carl Hiaasen, Miami Herald, 4-27-13.

No rich child left behind

Here’s a fact that may not surprise you: the children of the rich perform better in school, on average, than children from middle-class or poor families. Students growing up in richer families have better grades and higher standardized test scores, on average, than poorer students; they also have higher rates of participation in extracurricular activities and school leadership positions, higher graduation rates and higher rates of college enrollment and completion. Whether you think it deeply unjust, lamentable but inevitable, or obvious and unproblematic, this is hardly news. It is true in most societies and has been true in the United States for at least as long as we have thought to ask the question and had sufficient data to verify the answer. What is news is that in the United States over the last few decades these differences in educational success between high- and lower-income students have grown substantially. Sean Reardon, New York Times, 4-27-13.