Ghettos? Is he serious?

Advocates for low-income housing are outraged by comments made on the Seattle City Council dais Monday, comments they say are thinly veiled suggestions that Seattle “redline” the poor into designated ghettos. Council member Richard Conlin made the case to his colleagues for focusing subsidized housing “along the light rail line in Rainier Valley” where it’s cheaper to build instead of the “very hot neighborhood” of South Lake Union, where potential new zoning rules will actually generate the money to build that low-income housing. Philippa Nye, of Ally Community Development, was the first to speak at a comment period, denouncing the idea: “Having everyone commute from Rainier Valley or Rainier Beach feels like housing segregation to me.” The Stranger, 3-21-13.

The state Supreme Court Thursday threw out the conviction of an accused drug dealer in a decision limiting police abilities to arrest low-level suspects. Clearing a suspected dealer convicted after a misdemeanor arrest, the court found state law requires in most misdemeanor cases that the officer who personally viewed a crime arrest the suspect. Thursday’s unanimous decision likely complicates police efforts to push drug dealers out of areas of downtown Seattle popular with street drug dealers. It does not affect the arrests of suspected felons. Writing the lead opinion, Justice Steven Gonzalez did not dispute the practical advantages of the surveillance technique. But Gonzalez noted it was the Legislature’s job, and not the court’s, to adjust the limits of police powers.  Seattle P-I, 3-21-13.

Seattle has spent about $7.5 million paying interest on transportation bonds sold before the projects were ready for construction, the city says. This five-year total represents taxpayer dollars that might have been used to fix pavement or add sidewalks.    Interest costs snowballed as the city amassed surpluses, peaking at $112 million at the start of last year. However, the city budget office and Mayor Mike McGinn’s administration say they spotted the problem in 2011 and responded by spending some of the surplus in 2012 and selling fewer bonds. City Council member Tim Burgess this week called for an audit. Burgess is among the challengers to McGinn’s re-election this year. Seattle Times, 3-20-13.

An elderly couple has filed a civil lawsuit against Kirkland Councilman Bob Sternoff, claiming he defrauded them out of $70,000. The couple’s claim adds them to the long list of creditors that Sternoff owes, calling in loans and fees totaling more than $8.4 million. Sternoff owned and managed several real estate development companies, most recently Sternoff Custom Homes, that lost its business license in July 2012, according to the Department of Revenue. The loss of his business and the debts he owes forced him into receivership and liquidation. Kirkland Reporter, 3-21-13.

The Great American Casino in Kent has asked the City Council to reduce its gambling tax because of heavy financial losses.

A Kent City Council committee voted 2-1 Tuesday on a proposal to reduce the city’s gambling tax on gross revenues of casino card rooms from 11 percent to 7 percent in order to help the Great American Casino cut its losses. The proposal goes before the full council on April 2. At least four of the seven council members must approve the tax cut. Council President Dennis Higgins and Councilman Les Thomas voted in favor of the tax cut that would be lowered through Dec. 31, 2016. Councilwoman Elizabeth Albertson, sitting in on the Operations Committee meeting for the absent Jamie Perry, voted against the reduction. Kent Reporter, 3-21-13.

Alison Meryweather is going to be the newest member of the Issaquah School Board. The 49-year-old mother of two will fill the seat that was left vacant Jan. 9 when Chad Magendanz resigned after being elected to the state Legislature. The four remaining members of the board, ultimately voted 3-1 for Meryweather March 20, but not before the board first split the vote 2-2 between her and Lisa Callan. The two will face each other in the November election. Issaquah Press, 3-20-13.

Op-ed: Why did that bill die? There’s a law for that, my friend

It’s No. 51 on the “Jacobsen and Metcalf Laws of Parliamentary Democracy.” “If your bill is in trouble for no discernible reason, big timber is against it. If your bill dies for no discernible reason, Boeing is against it.” The rule dates itself a bit when it suggests there is such a thing as big timber in Washington state anymore. There isn’t. And “Big Real Estate Investment Trusts” just doesn’t have the same ring to it. So let’s bring it up-to-date by changing the first half of the law to read “high technology.” But as we will see, there is no reason to change the second half. As it was when these laws were collected by former state Sen. Ken Jacobsen and former local government lobbyist Jim Metcalf, Boeing remains the state’s most-powerful bill killer. Peter Callaghan, Tacoma News Tribune, 3-21-13.

A bipartisan group of state senators is trying to undo the restrictions placed on high interest-rate payday lending four years ago. If passed, SB 5312 would once again permit payday lenders to prey on our state’s poorest and most vulnerable citizens. The bill should have died in committee, because it is so contrary to Washington state values. Instead, it cleared the Senate 30-18. All the South Sound senators voted in favor, including Sens. Randi Becker (R-2), Karen Fraser (D-22), and Tim Sheldon (“D”-35). Payday lenders profit on the misfortune of those who cannot pay their everyday expenses by offering advances on future paychecks at excessive rates of interest. Payday loans help fuel the downward spiral often associated with substance and gambling addictions. Olympian, 3-21-13.

A state labor-management agency has ruled in the city of Everett’s favor in a long, drawn-out battle with the firefighters union about overtime and staffing issues. Local 46 in 2011 filed a complaint with the state Public Employment Relations Commission alleging unfair labor practices. An examiner ruled in the union’s favor later that year. The city appealed in January 2012. The appeal was upheld Wednesday. The union in 2011 alleged that the city changed policies regarding firefighter overtime and staffing levels without bargaining with the union, and then refused to negotiate about the changes. Overtime and overtime opportunities are part of wages and benefits and are therefore subject to bargaining, the state found. However, parts of the union’s contract waived bargaining rights for the types of overtime opportunities under dispute, the ruling said. Everett Herald, 3-21-13.

Do you recall any state legislators running for election last fall by promising to lower your wages? We don’t. And yet, the 2013 state legislative session has brought a surprising number of proposals to do just that. Bills have proposed to create a sub-minimum wage for new hires, to help businesses get away with illegally denying overtime and minimum wages, and to undermine prevailing wage standards so contractors can pay construction workers less money, to name just a few. Washington State Labor Council Legislative Update. The Stand, 3-21-13.

The Democratic National Committee, which borrowed more than $20 million at the end of the 2012 election, continues to fall further into the red when it is supposed to be paying off its debt. The committee, which was $20.6 million in debt as of Nov. 26, has actually added more since then. Its total obligations rose to $21.9 million at the end of February, according to a report filed with the Federal Election Commission Wednesday. But those numbers don’t tell the whole story of the committee’s struggling finances. In addition to taking on more debt, the committee has seen its cash on hand reduced by more than half since Nov. 26, from $9.7 million to just more than $4 million. Washington Post, 3-21-13.

The nomination of Recreational Equipment Inc. CEO Sally Jewell as U.S. Interior Secretary was approved Thursday by the Senate Energy and Natural Resources Committee on a 19-3 vote, but with one conservative Idaho senator threatening a holdup when it reaches the Senate floor. “She is going to give each member of the committee her ear and expertise that comes from having managed to pack a host of professional experience — petroleum engineer, REI chief executive officer, and banker — into one lifetime,” said Sen. Ron Wyden (D-OR), the committee chairman. Sen. Jim Risch (R-ID) threatened to put a “hold” on Jewell’s confirmation over the issue of classifying the sage grouse under the federal Endangered Species Act. Seattle P-I, 3-21-13. 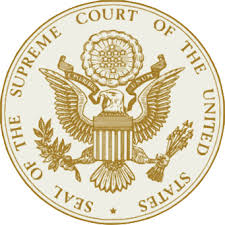 In a decision issued Tuesday, the Supreme Court has made it easier to import textbooks and other copyrighted products from abroad. The copyright case, Kirtsaeng v. John Wiley & Sons, No. 11-697, arose from the activities of a Thai student who attended Cornell University and the University of Southern California. The student, Supap Kirtsaeng, helped pay for his education by selling textbooks that his friends and relatives had bought in Thailand at low prices and shipped to him. A publisher of some of the textbooks, John Wiley & Sons, sued Mr. Kirtsaeng for copyright infringement, and it won $600,000 in the lower courts. In a 6-to-3 decision, the Supreme Court threw out that award and ruled that imported copyrighted goods were subject to the same rules as goods bought in the United States: owners of particular copies can do what they like with them. New York Times, 3-19-13. 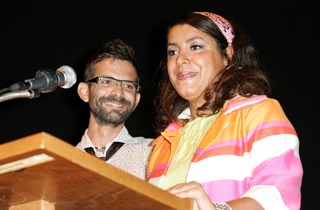 Chicago Public Schools maintains it hasn’t banned the book “Persepolis,” but the author of the graphic novel says it has, in effect, been prohibited because of additional teacher training required to use it. In a telephone interview from Germany, author Marjane Satrapi described as a “lie” the CPS claim that it’s not banning the book but simply removing it from some classrooms until the district can develop training materials for teachers. In a statement last week, CPS CEO Barbara Byrd-Bennett told principals that “due to the powerful images of torture in the book” the district would consider “whether the book should be included, after appropriate teacher training, in the curriculum of eighth through 10th grades.” DNAInfo.com Chicago, 3-21-13.

What next from them? Maybe this? Hansel and Gretel banned in Chicago 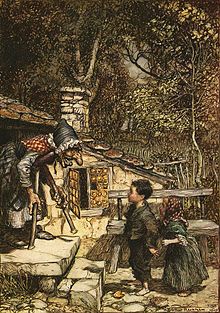 Hansel and Gretel: Too graphic for delicate souls in Chicago?

CEO Byrd-Bennett has denounced the children’s book Hansel and Gretel, as “too grim to be read by first graders.” She has reportedly sent her library purification teams in to elementary schools across the city with orders to remove every copy from the shelves and destroy them. Talk about graphic images. No youngster should be exposed to such a horror story, said BBB. Just in — Protesting teachers, librarians, publishers, parents and students have now been told by CPS Liar-in-Chief Becky Carroll that the book was “never banned.” Rather, it has been pulled from the first-grade curriculum until every teacher goes through an intensive 6-week training program at the Pearson Institute on Early Childhood Literacy in order to become H & G Certified. Despite the book’s removal, questions about Hansel and Gretel will still be on state tests. Mike Klonsky’s Small Talk blog, 3-21-13.

This is the first generation that will retire heavily dependent on the social experiment called 401(k)s — and they’re proving to be a disaster. In 2010, the median household retirement account balance for those between 55 and 64 was only $120,000. And that’s if they have a 401(k) or set up an IRA in an era of diminishing wages and benefits: One third of households don’t have a retirement account of any kind. The average monthly Social Security benefit of $1,230 won’t go far. The Great Recession destroyed 40 percent of Americans’ personal wealth — unless you’re in the 1 percent. As the Washington Post reported: “For the first time since the New Deal, a majority of Americans are headed toward a retirement in which they will be financially worse off than their parents, jeopardizing a long era of improved living standards for the nation’s elderly, according to a growing consensus of new research.” Jon Talton, Seattle Times, 3-19-13.