Two Seattle school levies passed Tuesday with very strong voter support, ensuring that the district will maintain a decadelong record of ballot-box success. The three-year, $552 million operations levy was leading with 74 percent percent of the vote and the $695 million capital levy was ahead with nearly 72 percent. Seattle Times, 2-12-13. 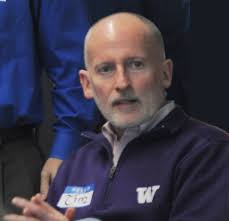 City Council member Tim Burgess raised the most money among Seattle mayoral candidates in January, bringing in about $32,000, for a total of $133,000 since he declared in late November. Charlie Staadecker, a real estate broker and arts patron, raised $23,000 to bring his total to $94,000. Mayor Mike McGinn brought in about $16,000 for January, for a total of about $120,000. State senator Ed Murray raised just $578 in January because of the restrictions on fundraising during the legislative session. But in December when he could raise money, Murray collectied more than $124,000. Seattle Times, 2-12-13.

Linda Sheldon to Pelz: Put your big boy panties on

Who needs Washington, D.C. for political intrigue? A spicy clash in our Washington involves the chair of the state Democratic Party, two state Senators, and now a Senator’s wife. Linda Sheldon, miffed because the state party censured her husband, Sen. Tim Sheldon (D-35), for voting with Republicans, engaged in a testy exchange of e-mails with sharp-tongued Democratic Party chair Dwight Pelz, who had a few choice words of his own in response. KIRO, 2-11-13.

House Transportation Chair Judy Clibborn (D-41) said the money would primarily come from a gas tax. The Democrats’ goal is to pass the measure in the Legislature instead of sending it to voters. Passing a gas tax increase in the Legislature would require a two-thirds vote in the House and Senate. Clibborn said she expects to have backing from both business and labor for the proposal, which would include money for projects including a new bridge over the Columbia, and funds for projects on Interstate 405 and the I-90 mountain passes. Seattle Times, 2-12-13.

Legislation would regulate use of fee-based graduate programs

When the UW’s adult nursing practitioner program switched to fee-based in 2011, graduate student Emily Hilderman’s tuition doubled. By the time she graduates, she estimates she will have more than $200,000 in student debt. Hilderman’s story was just one the House Higher Education Committee heard Tuesday regarding HB 1669. The bill would require public baccalaureate institutions to notify students six months before switching programs to a self-sustaining fee-based model. In this model, programs are funded fully by graduate students rather than state support. Usually this transition comes with an increase in program costs. UW Daily, 2-12-13.

State of the Union address: Can an ebullient President move his dour Republican foes?

President Obama expands on his vision for his second term while House Speaker John Boehner (R-OH), right, looks like he wishes he was elsewhere.

President Obama’s second wind has much greater velocity than four years ago, but a question hangs after Tuesday’s powerful State of the Union speech:  Has that velocity hit an immovable object in a slow-moving Congress with one chamber run by an implacable opposition? Obama looked ebullient.  But House Speaker John Boehner, sitting behind the president, looked like a man weaned on a pickle. Joel Connelly, Seattle P-I, 2-12-13.

Last week Eric Cantor, the House majority leader, gave what his office told us would be a major policy speech. And we should be grateful for the heads-up about the speech’s majorness. Otherwise, a read of the speech might have suggested that he was offering nothing more than a meager, warmed-over selection of stale ideas. To be sure, Mr. Cantor tried to sound interested in serious policy discussion. But he didn’t succeed — and that was no accident. For these days his party dislikes the whole idea of applying critical thinking and evidence to policy questions. And no, that’s not a caricature. Paul Krugman, New York Times, 2-10-13.

As a teenager in the late 1980s, Marco Rubio’s favorite place to get drunk with his high school buddies was the golf course surrounding the Biltmore Hotel, a towering Mediterranean-style structure at the center of town. A decade later, the young lawyer and his wife Jeanette spent their wedding night in one of the Biltmore’s suites. On election night in 2010, Rubio celebrated his unlikely election to the United States Senate in one of the Biltmore’s ballrooms. And sometime this year, the swirling circle of donors, activists, and politicos who spend their evenings gossiping at the Biltmore’s bar will decide whether Rubio gets a chance to become president in 2016 — or whether that honor should be given to Miami Republicans’ other favorite son, former Florida governor Jeb Bush. Buzzfeed, 2-12-13.